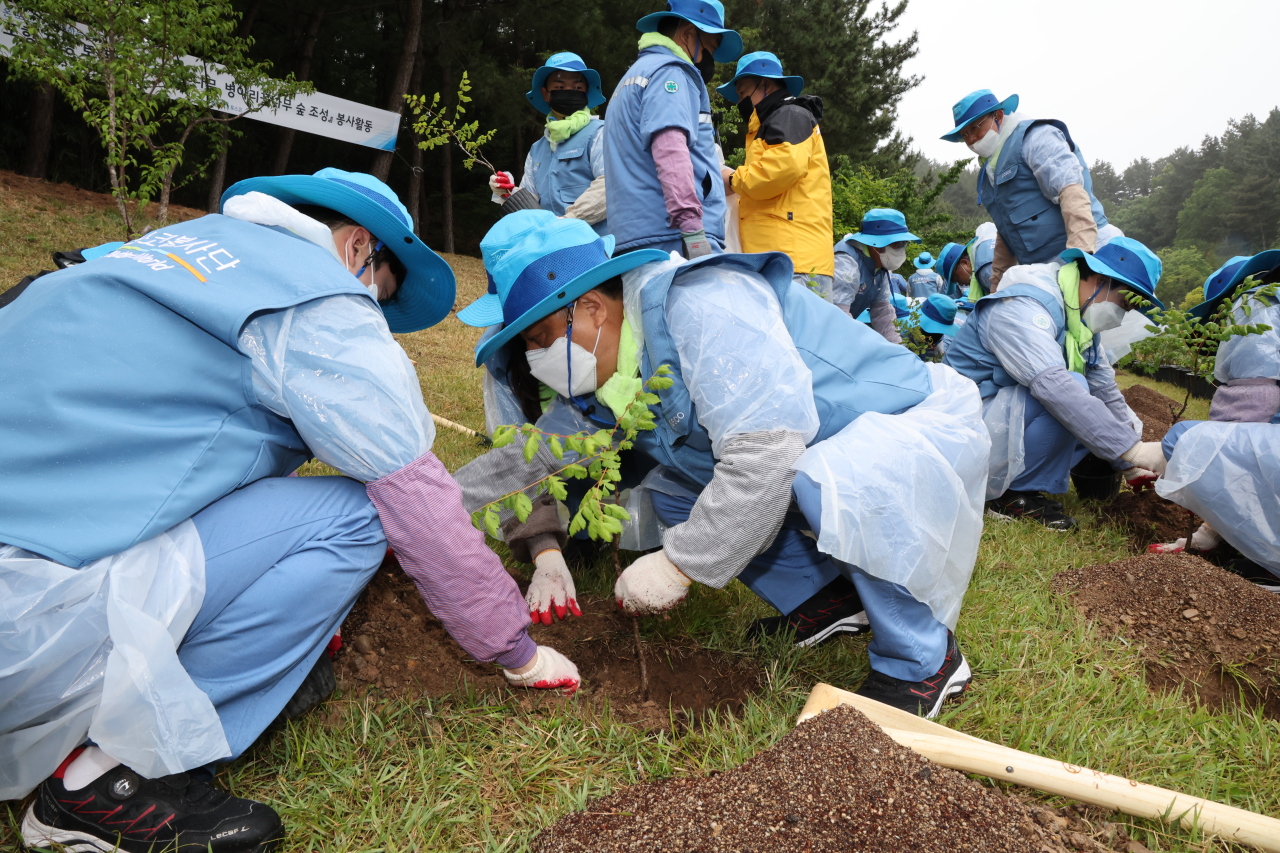 The 12-day event will have 63,000 Posco employees worldwide participating. It consists of over 1,000 volunteer projects that give back to society, such as helping disadvantaged groups, preserving the ecosystem and supporting welfare centers.

Red roses are the city flower of Pohang, as well as the company flower of Posco. Planting the roses represent the company’s desire to prosper together with its home city, said Posco.