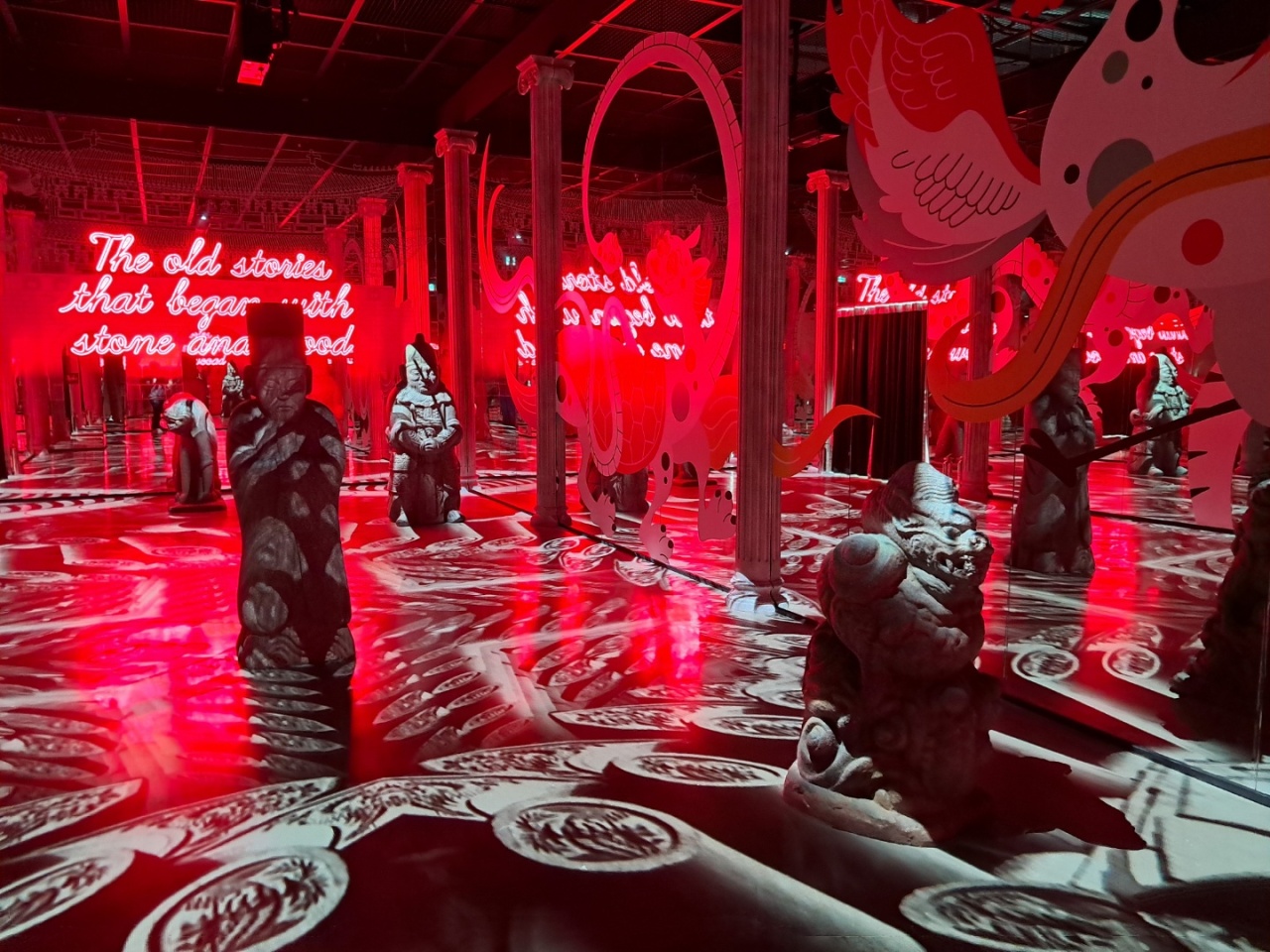 “Curious 12 Tales” exhibition (Lee Si-jin/The Korea Herald)
Mythical animals, like the nine-tailed fox, dragons and “haetae” are some of the famous creatures featured in many Korean dramas, films and webtoons.

If you want to learn about Korean gods, imaginary monsters and ghosts, the “Curious 12 Tales” exhibition is a perfect place to visit.

Held at one of the most famous tourist destinations, Insa-dong, the media exhibition is all about Korean folk tales and myths. 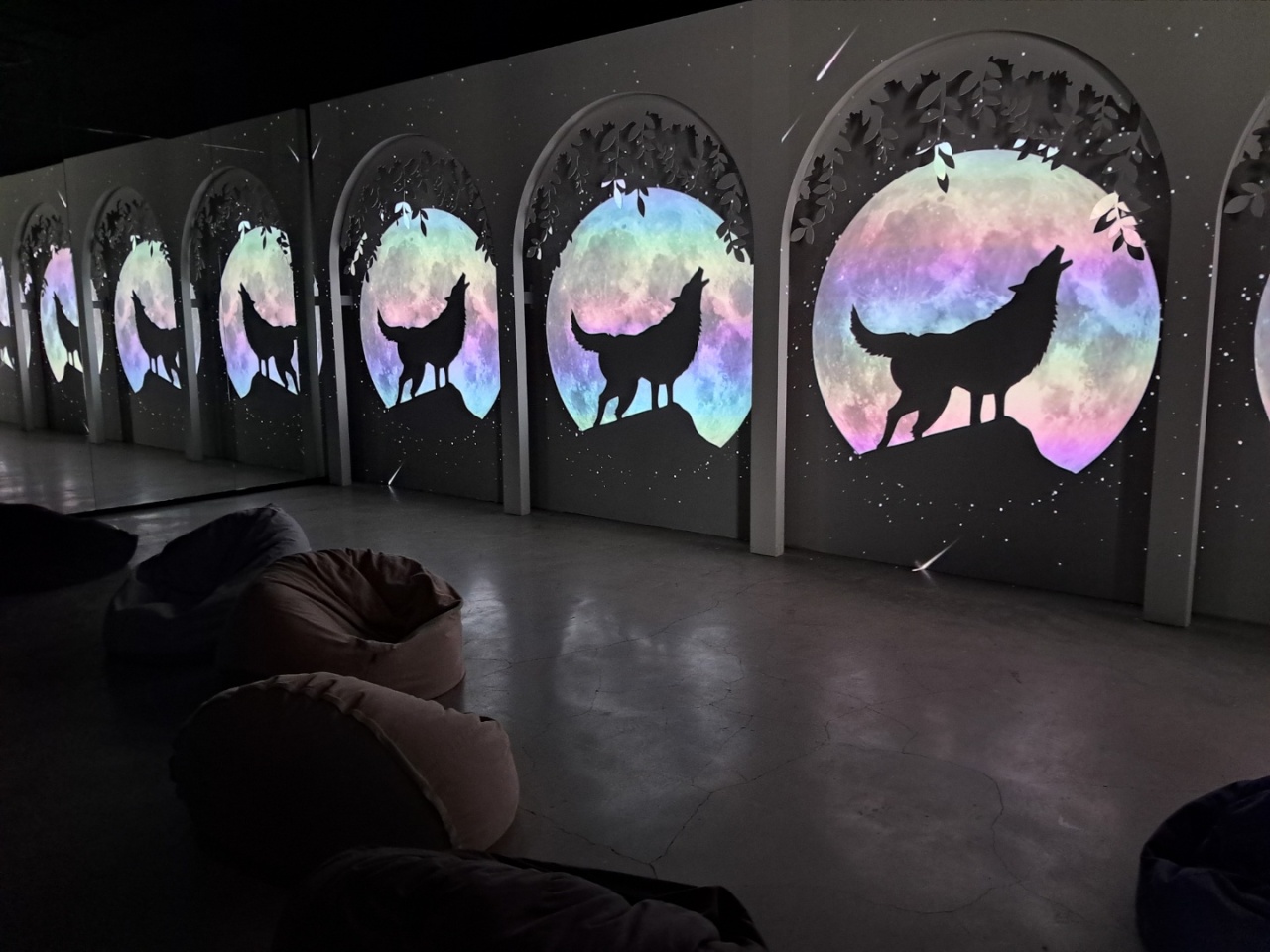 You do not need to be tech-savvy, as everything is explained both in Korean and English.

Upon admission, visitors are required to register their date of birth for the AR experience and to find out their Korean zodiac signs.

Once you are done with the exhibition, you will have a greater appreciation for characters such as the household god in the hit movie “Along with the Gods: The Last 49 Days” (2017) and the human version of the nine-tailed fox in tvN’s beloved fantasy romance “Tale of the Nine Tailed” (2020). 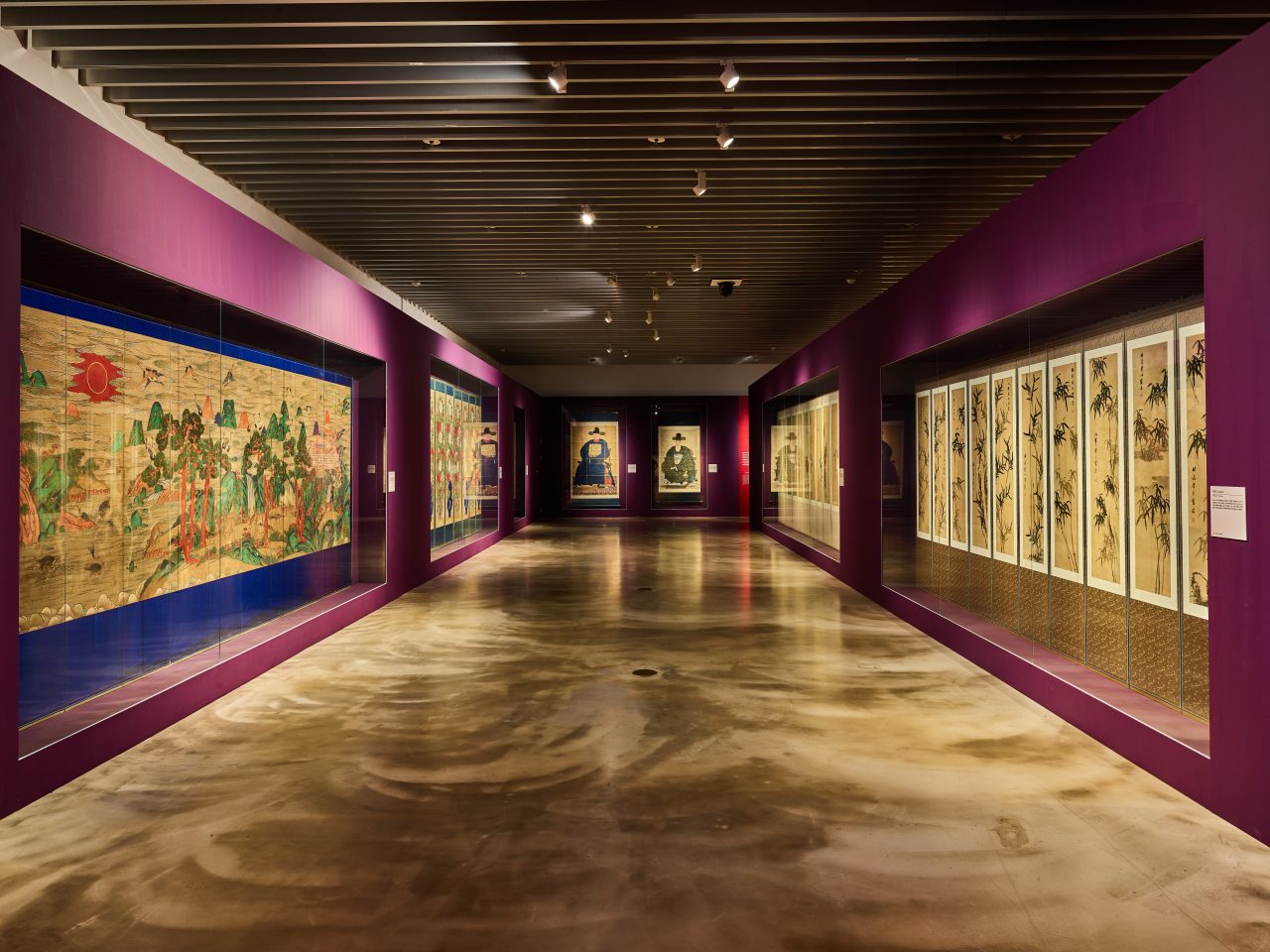 Over 100 pieces of designated cultural heritage and treasures from Hanyang, the capital of Joseon (1392-1910), are on display at an exhibition marking the 20th anniversary of the Seoul Museum of History, located in Jongno-gu, central Seoul.

At the exhibition halls of “Treasures of Hanyang,” which resemble the different cityscapes of Hanyang, a variety of Joseon-era artifacts such as maps, calligraphy works, paintings, documents, books and wooden crafts are on display. Most of the works are by Confucian scholars and officials, scientists and artisans of the time.

Among the highlights are “Yongbieocheonga,” the first book in Hangeul written in 1447 on the founding of Joseon.

“Daedongyeojido,” a large-scale map of the Korean Peninsula produced by Joseon-period geographer Kim Jeong-ho in 1861, and a portrait of regent Heungseon Daewongun (1820-1898) are some of the highlights. 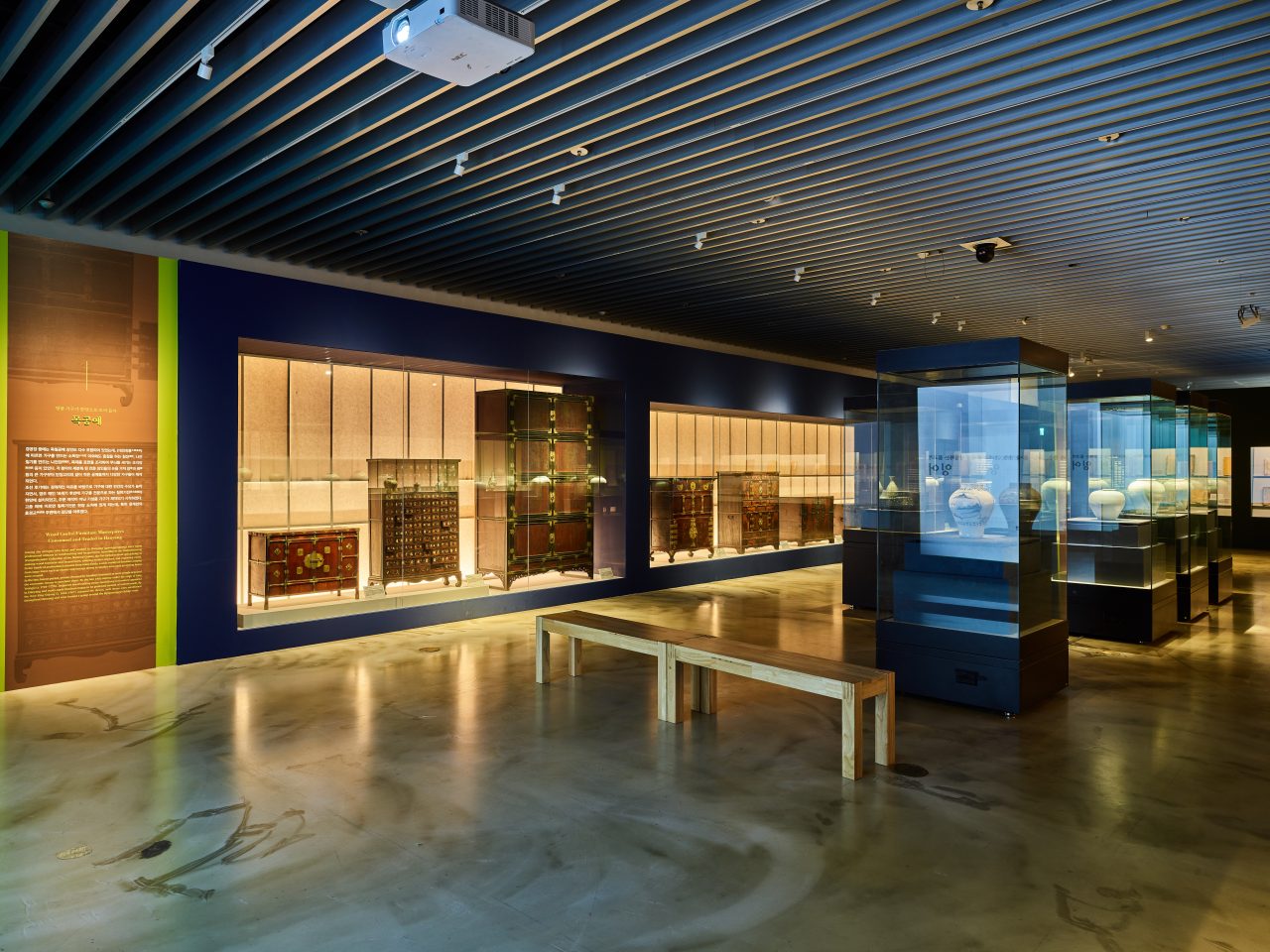 The early Joseon era saw a striking development of government-run handicraft production facilities. Professional artisans who worked in and outside of Hanyang presented craftworks of the finest quality to the court and the central government. When not assigned works, the artisans would create their own products and sell them through licensed stores.

The special exhibit on Hanyang and its arts will run through Aug. 7.

Admission is free. The museum is closed on Mondays. 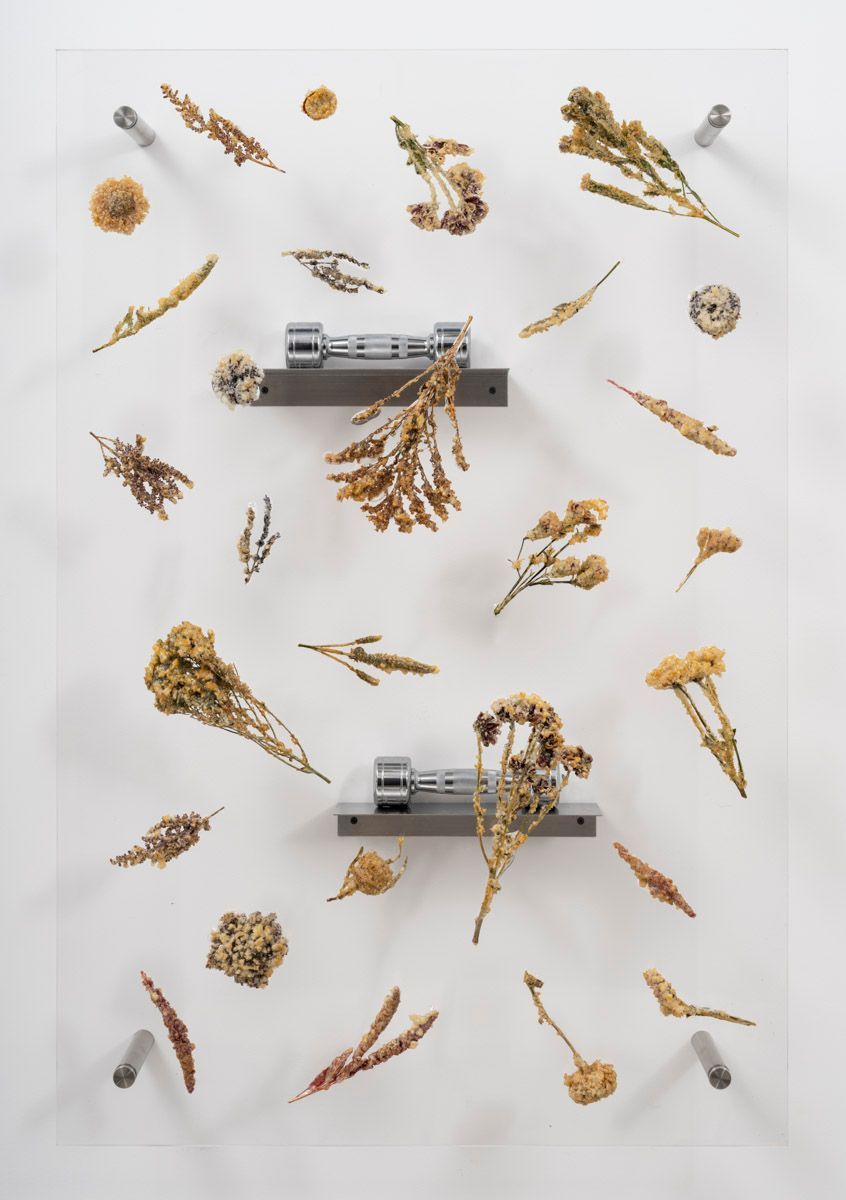 Anicka Yi is internationally renowned for experimental works that merge biology with technology. As soon as you enter Gladstone Gallery, where her first solo exhibition in Seoul is being held, you will wonder whether you are at a laboratory or a gallery.

Blooming flowers deep-fried in oil, which appear to be edible, are attached to a glass frame. It may sound eccentric, but they make a beautiful frame. The fragile and romantic flowers’ elegant forms were maintained, despite the greasy and tantalizing process of battering and deep-frying. The series of works, called “Tempura-Fried Flower,” are some of her earliest experiments with materiality and technique.

Entering the exhibition, a large panel intricately carved with sea anemone, coral polyp and amoeba shapes is on display. Titled “Anemone Panels,” the rippling surface of the sculpture was inspired by Yi‘s observation of sea anemones’ polychromatic forms while living in the headlands of California. 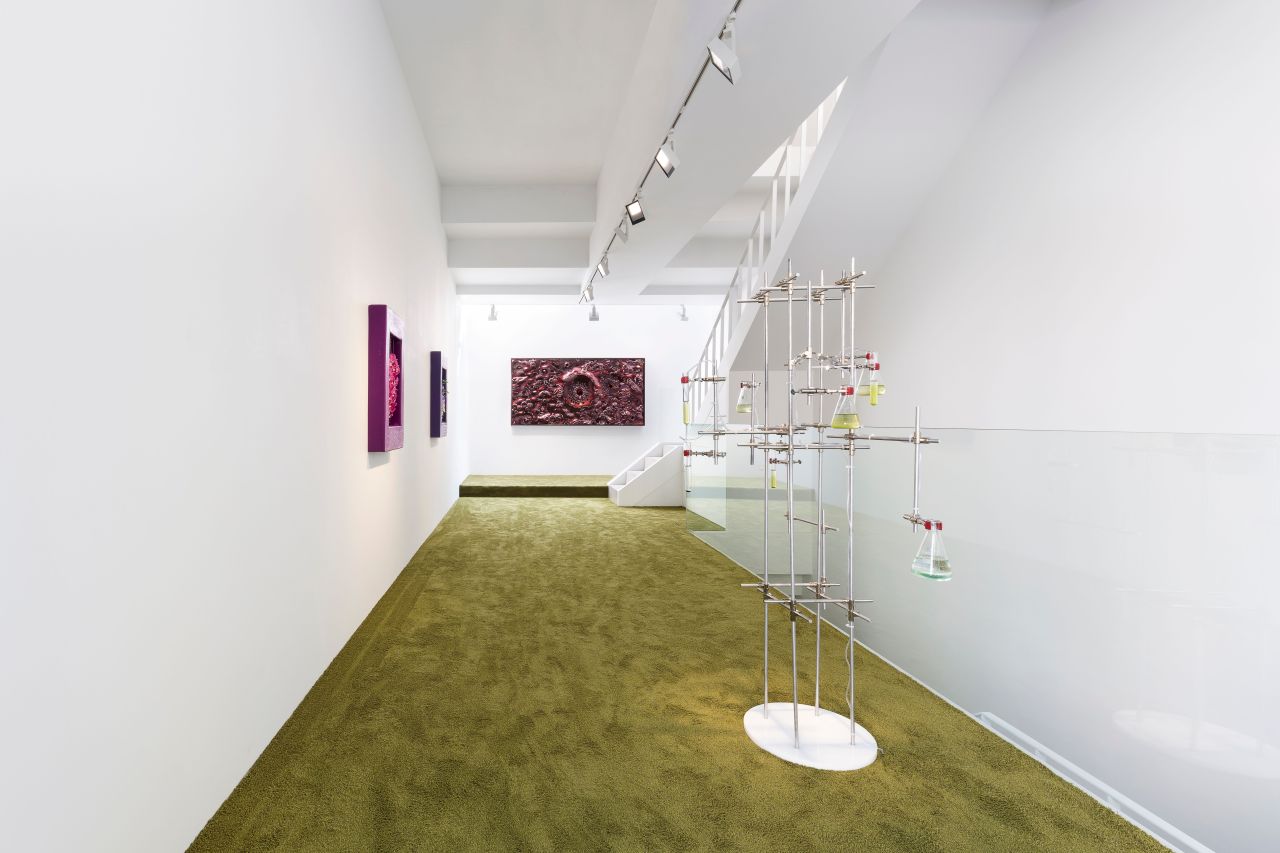 The US gallery opened its Seoul location in April as its first Asian venue.

Yi also had a solo exhibition called “Hyundai Commission: Anicka Yi In Love With The World” at Tate Modern in the UK, held from Oct.12, 2021 to Jan. 16.