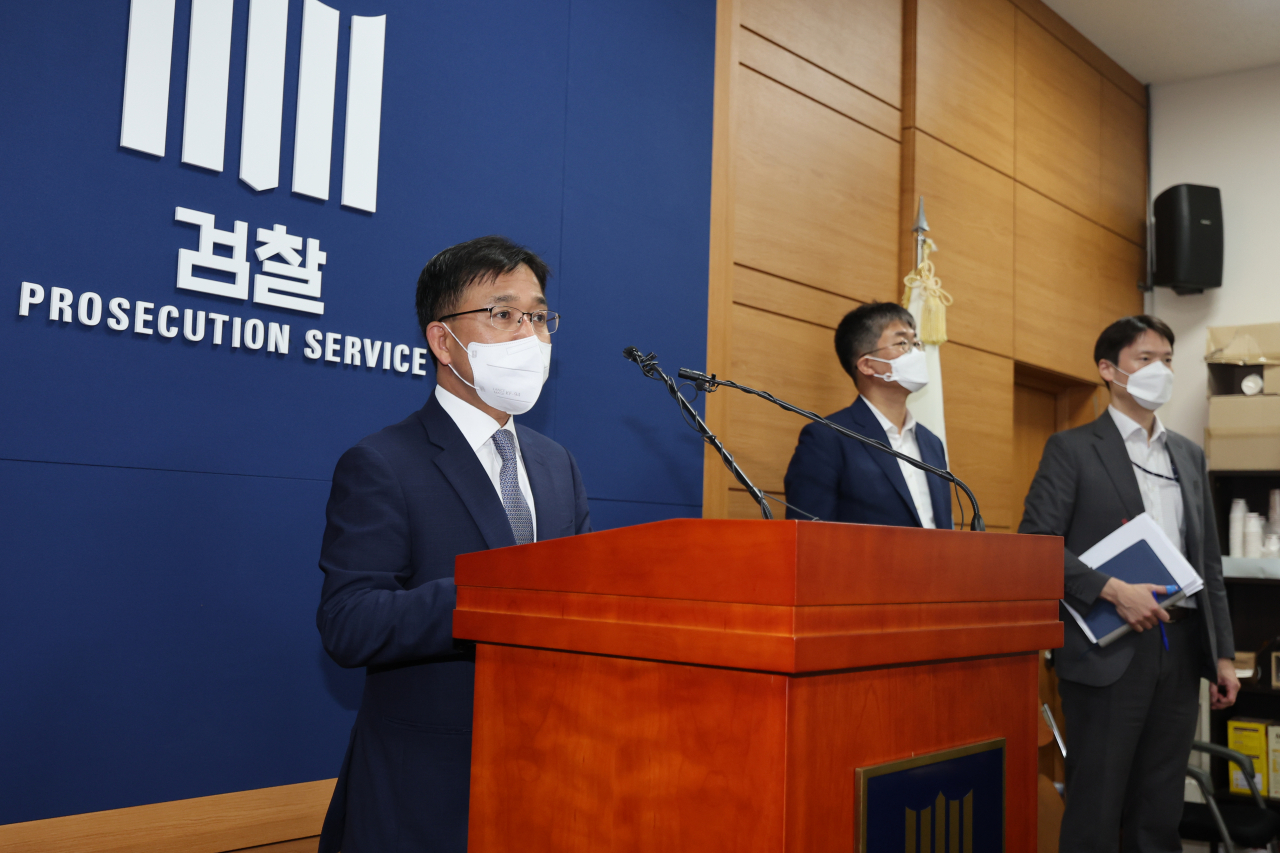 Moon Hong-seong, head of the Supreme Prosecutors Office's anti-corruption and violent crimes department, announces a massive crackdown on voice phishing crimes at his office in Seoul on Thurday. (Yonhap)

The government will launch a joint investigation team to eradicate voice phishing crimes that cause damage worth more than 700 billion won ($538 million) annually, the prosecution said Thursday.

The team will be installed at the Seoul Eastern District Prosecutors Office, which is a key institution in charge of cybercrime investigations, and will be operated for one year, the SPO said, adding whether to extend its operation thereafter will be decided later.

Voice phishing refers to electronic fraud, in which individuals are tricked over the phone into revealing critical financial or personal information to scammers. Money transfer scams, in which victims are deceived by scammers mostly impersonating investigators into sending money from their bank accounts, make up the majority of phishing crimes.

Voice phishing was first reported in South Korea in 2006. The amount of damage has since snowballed as the methods of such crimes have become increasingly sophisticated. The amount of phishing damage more than tripled from 247 billion won in 2017 to 774.4 billion won last year.

"Enterprise type voice phishing organizations involving gangsters have been uncovered, and the crime methods by scammers have become increasingly sophisticated and intelligent, as seen in their document forgeries and distributions of malicious programs," the SPO said.

"Now there need be some extraordinary countermeasures, as some phishing victims have chosen to give up their precious lives beyond property damage," it said.

The SPO said it will strengthen cooperation with investigative authorities in China, the Philippines and other countries, where overseas voice phishing organizations are believed to be based. (Yonhap)