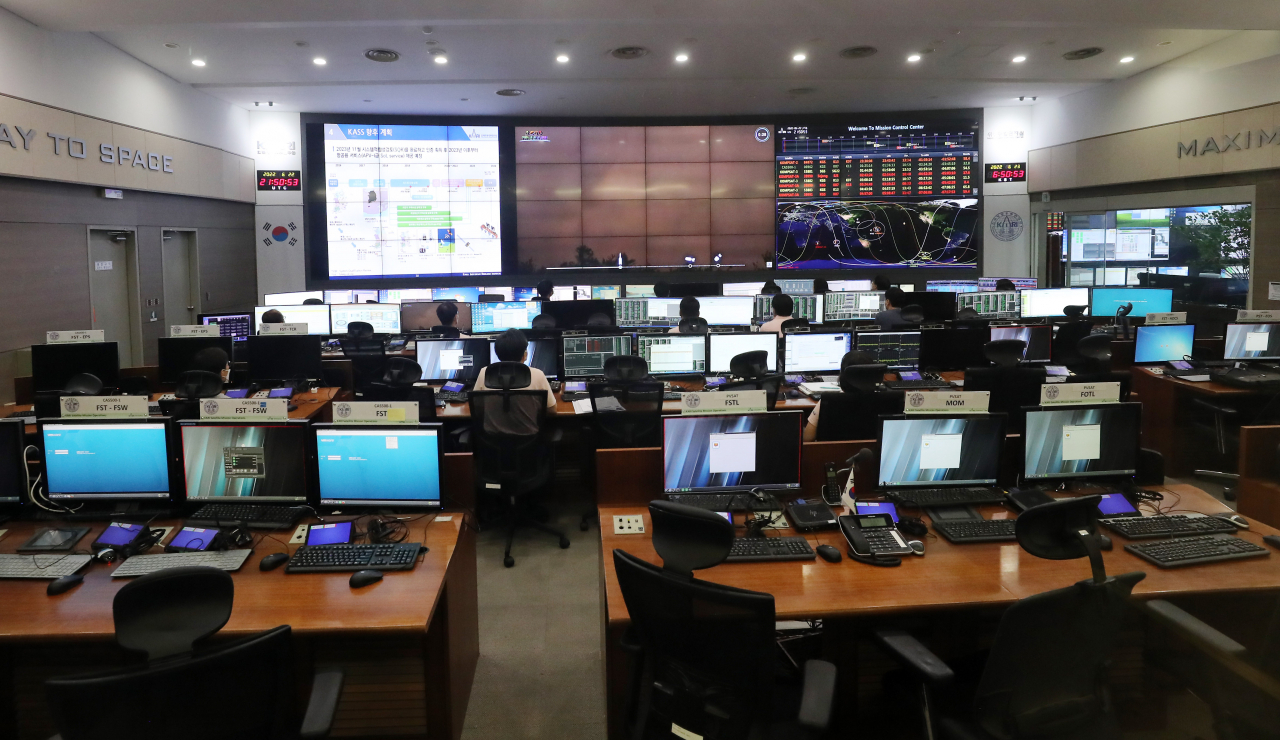 Researchers and officials watch the launch of the Korea Augmentation Satellite System (KASS), the country's first satellite-based augmentation system, at the Korea Aerospace Research Institute in the central city of Daejeon on Thursday. The launch took place at a space center in Kourou, French Guiana. (Yonhap)

The satellite for the Korea Augmentation Satellite System (KASS), the country's first precision GPS location augmentation system, lifted off from Guiana Space Center in Kourou in French Guiana, at 6:50 a.m. Thursday (Seoul time), according to the Ministry of Land, Infrastructure and Transport.

The satellite was successfully separated from the rocket at around 7:18 a.m. after the fairing and first stage rocket separations.

The system can improve the GPS position error to 1.0 to 1.6 meters from the current 15-33 meter level in real time to ensure information reliability throughout the country.

The government plans to begin a pilot service around December before its full-fledged operation next year, according to the ministry.

South Korea is the seventh country to have a geosynchronous satellite system officially registered with the International Civil Aviation Organization (ICAO), after the United States, the European Union, India, Japan, Russia and China.

The country has been developing KASS since 2014 to meet international standards and suit the country's topography and environment, according to the Korea Aerospace Research Institute.

Researchers said they plan to develop aviation satellites with the country's own technologies by 2035, pointing to current heavy dependence on foreign technologies. (Yonhap)