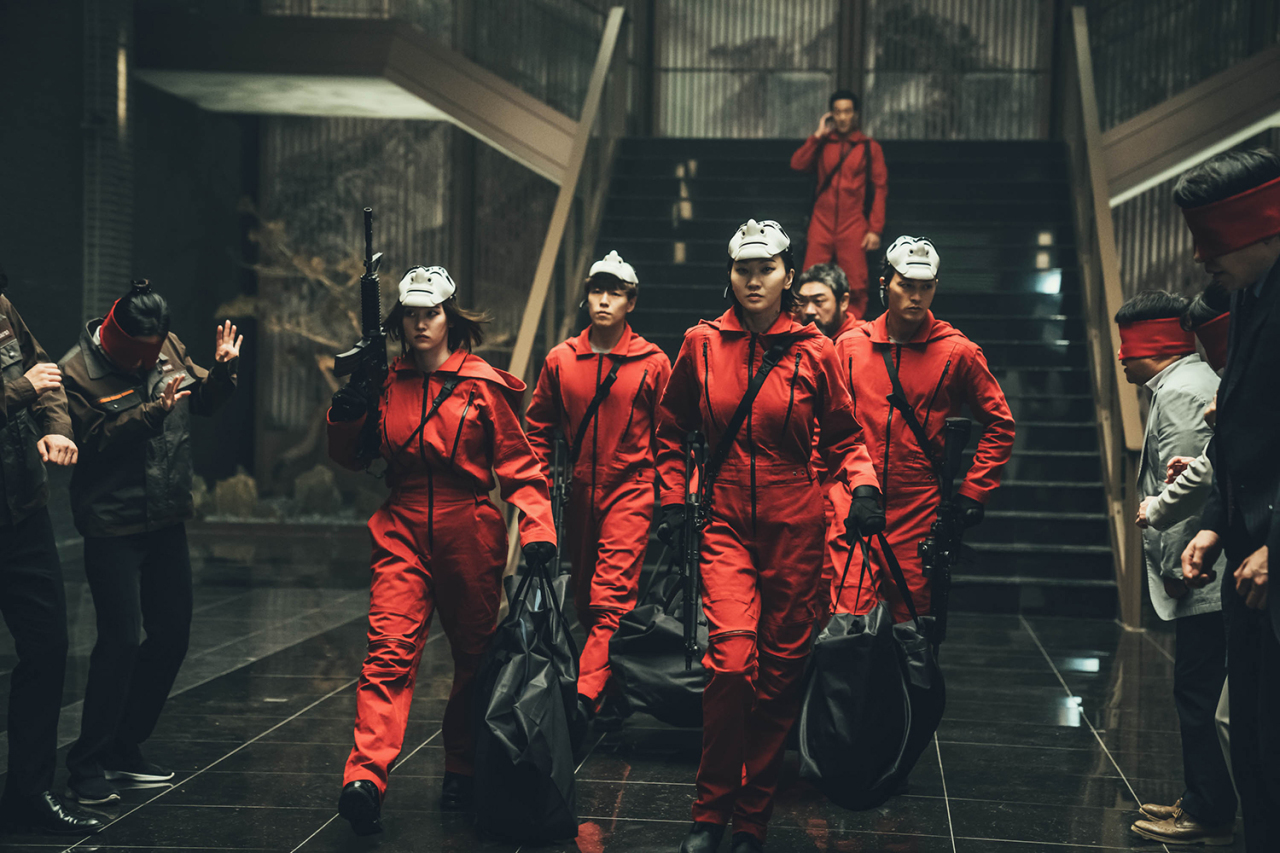 “Watching the original series back in 2018, I was mesmerized by the fascinating characters. I was certain that bringing them to another time and space, like South Korea, would definitely catch the viewers’ attention,” director Kim Hong-sun said during a press conference held at the Grand Ballroom of Coex in Samseong-dong, Seoul on Wednesday.

Scriptwriter Ryu Yong-jae, who was behind the hit drama series “Time Between Dog and Wolf” (2007) and “Monstrous” (2022), compared the original “Money Heist” and its Korean remake to paella and Korean fried rice.

“Similar to how paella and fried rice are both famous rice dishes, the series may look similar with their charming characters and the heist plan. But we have added some Korean flavors, making the series refreshing for Korean and foreign viewers -- including an imaginary area named the ‘Joint Economic Area’ created by North and South Korea, who are close to unifying,” Ryu said. 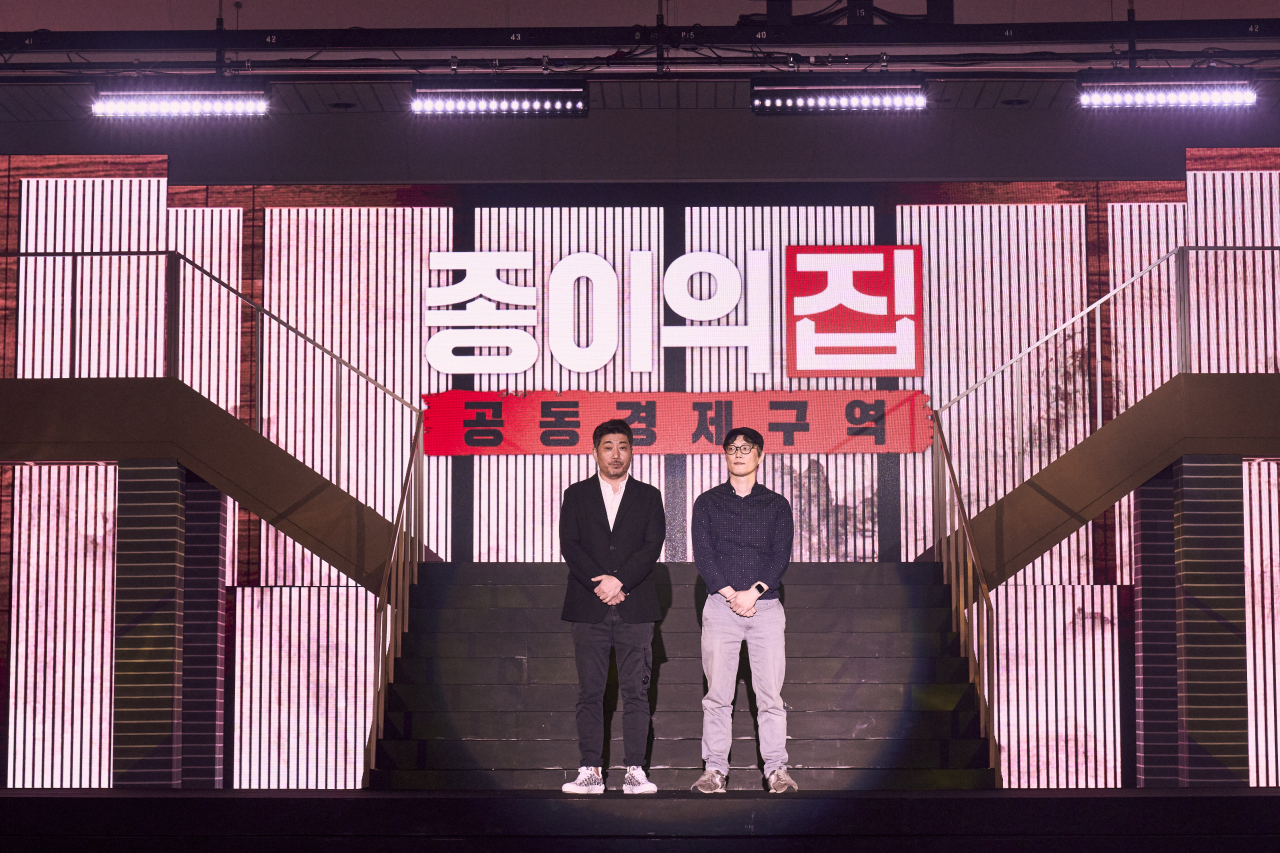 Director Kim Hong-sun (left) and scriptwriter Ryu Yong-jae pose for photos in a press conference held at the Grand Ballroom of Coex in Samseong-dong, Gangnam-gu, Seoul on Wednesday. (Netflix)
“South Korea is a country surrounded (on three sides) by sea and a land border. It needed a different setting for the heist plan, and we decided to create a JEA,” he added.

The remake of “Money Heist” -- originally titled “La Casa de Papel” (“The House of Paper”) in Spanish -- revolves around a mastermind called The Professor (played by Yoo Ji-tae) and a group of thieves with the individual abilities to pull off a mega-scale heist on JEA, where a new official currency of a unified Korea is being made.

Though there have been many successful caper films both here and abroad, such as “Ocean’s Eleven” (2001), “The Italian Job” (2003), “The Thieves” (2012), “The Swindlers” (2017), the scriptwriter was confident that the Korean remake of “Money Heist” would present a different experience.

Unlike previous heist movies, the series highlights conflict, even among characters with a common goal. The thieves, the government and officials of the two Koreas have a difficult time acknowledging each other‘s differences and struggle to work together and achieve their aims, according to Ryu.

“Viewers may also be interested in the scenes where the officials from South and North Korea work together in the same building,” the scriptwriter added.

“Squid Game” star Park Hae-soo mentioned the use of masks in “Money Heist.” 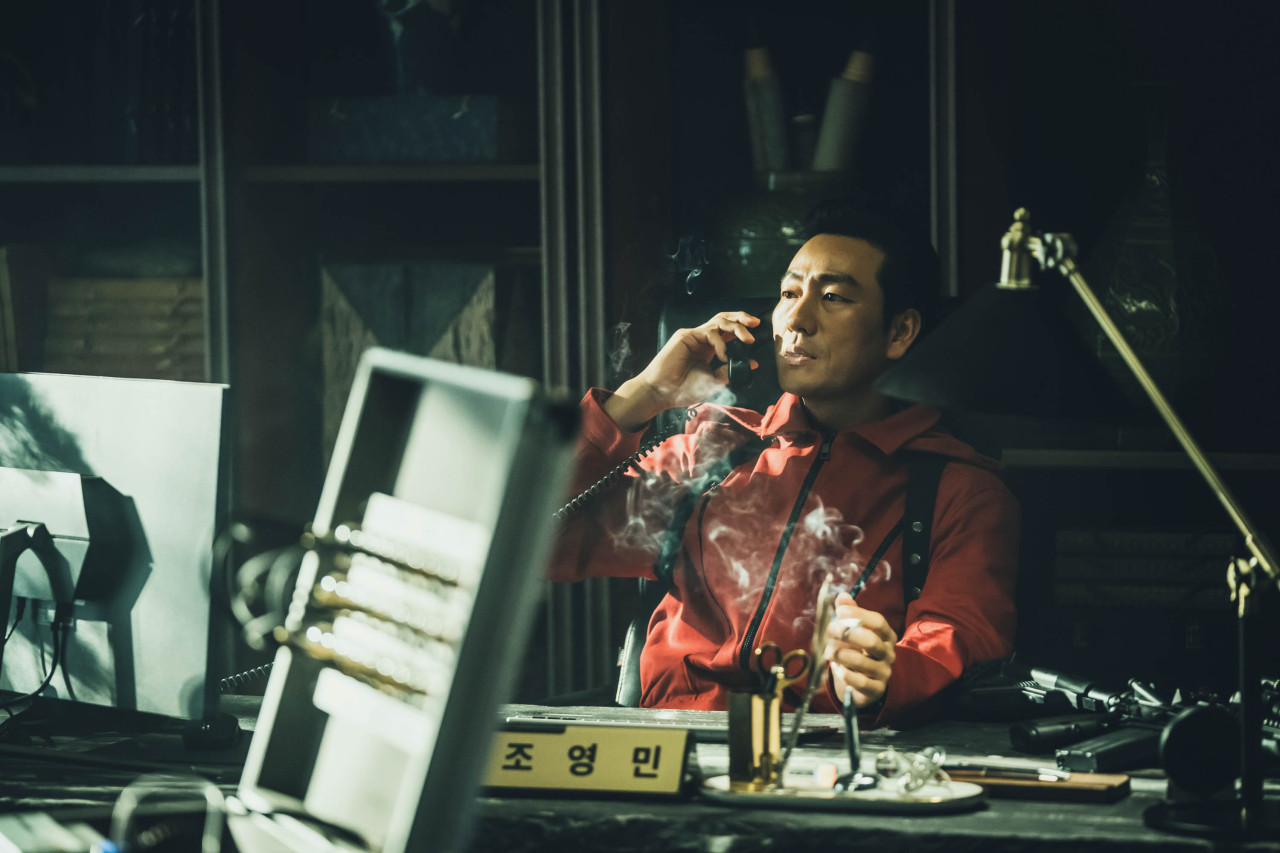 “Unlike the Dali mask, which symbolizes freedom, the hahoe mask was originally used to mock upper-class social elites. I believe this goes well with our storyline. The hahoe mask alone creates a unique atmosphere that will mesmerize viewers,” Park said.

The six-part series “Money Heist: Korea – Joint Economic Area” will be available on Netflix on Friday.