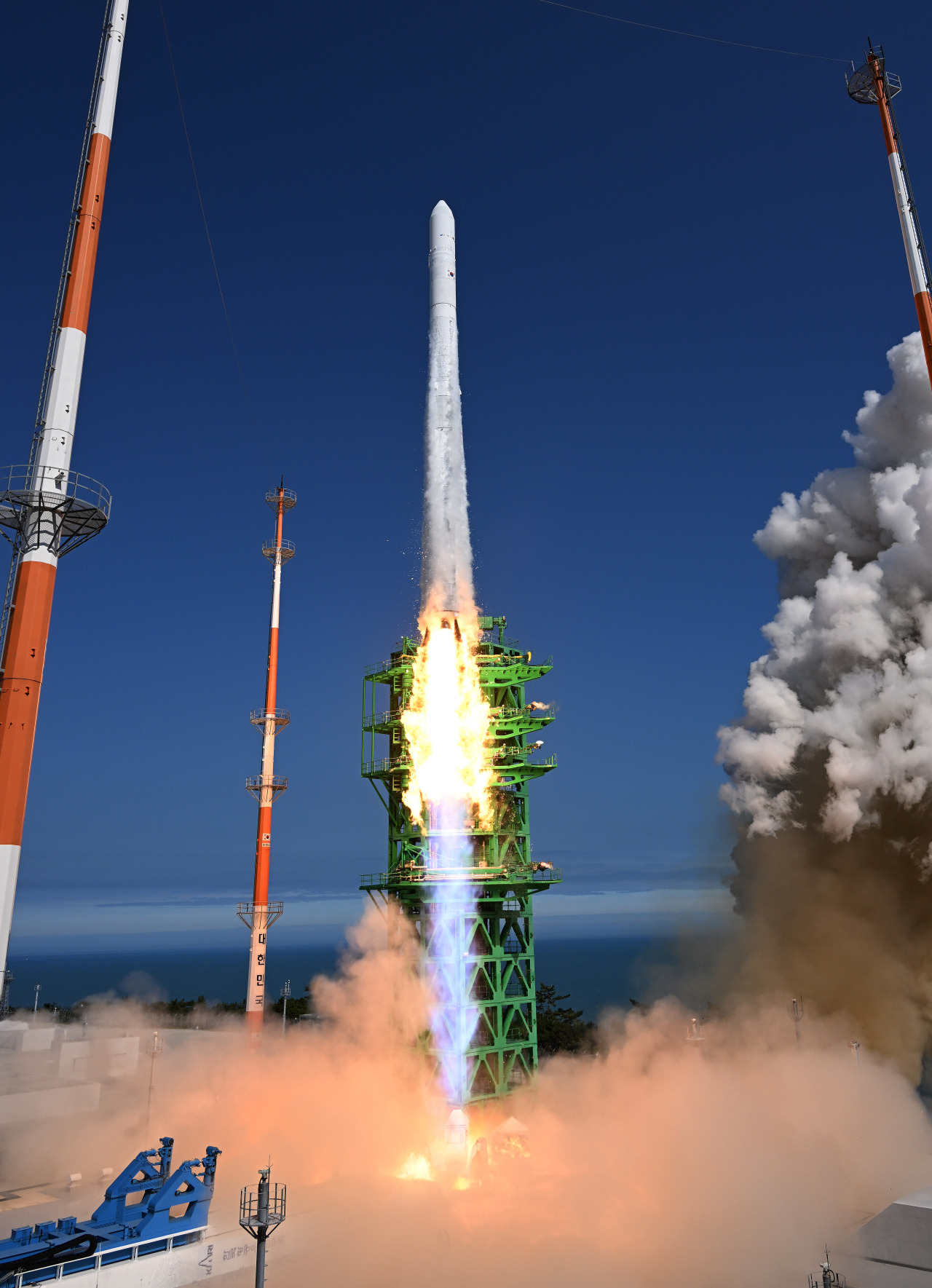 According to the ministry, the satellite that was sent into space on the Nuri rocket yesterday made two-way communication with the Korea Aerospace Research Institute’s ground control center in Daejeon at around 3 a.m., about 11 hours after the liftoff from Naro Space Center in Goheung, South Jeolla Province.

The engineers and researchers at the KARI confirmed that all functions of Nuri’s performance test satellite were working properly, the ministry said.

The satellite will continue checks on itself for the next seven days while stabilizing its posture. From June 29, it will begin to release four smaller cube-shaped satellites one by one, with a two-day interval in between each of them. According to the ministry, the releasing process will be captured on the main satellite’s camera and beamed down to Earth later.

“The remaining missions are whether the cube satellites are stably released and whether they work well,” said Kim Ki-seok, director of space technology division at the ministry, in a briefing.

“Once we get access to the video footage of the cube satellites’ release, we will be able to make assessments. Even after they are released, they need to make communication.”

The four cube satellites were developed by students at four local universities -- Chosun University, Seoul National University, the Korea Advanced Institute of Science and Technology and Yonsei University. They will carry out various observational missions, including monitoring fine dust and detecting temperature changes on and around the Korean Peninsula.

Over the next two years, the 180-kilogram performance test satellite will follow a sun synchronous orbit, circling the Earth 14.6 times a day, the ministry said.

The satellite will test out three Korean technologies -- an electrically heated thermoelectric generator, a control moment gyroscope and an S-band antenna -- to assess how well they work in space.

Following the successful launch of the domestically developed Nuri, South Korea is now aiming to send a lunar lander on the moon by 2031.

The country will stage four more Nuri launches between next year and 2027 to increase the reliability and safety of Korean rocketry, with 687 billion won ($530 million) of investment, according to the science ministry.

The government is also conducting a preliminary feasibility review on the project to develop next-generation projectiles that aim to launch larger satellites and lunar landers. If approved by the government, the project will require almost 2 trillion won of investment through 2031. 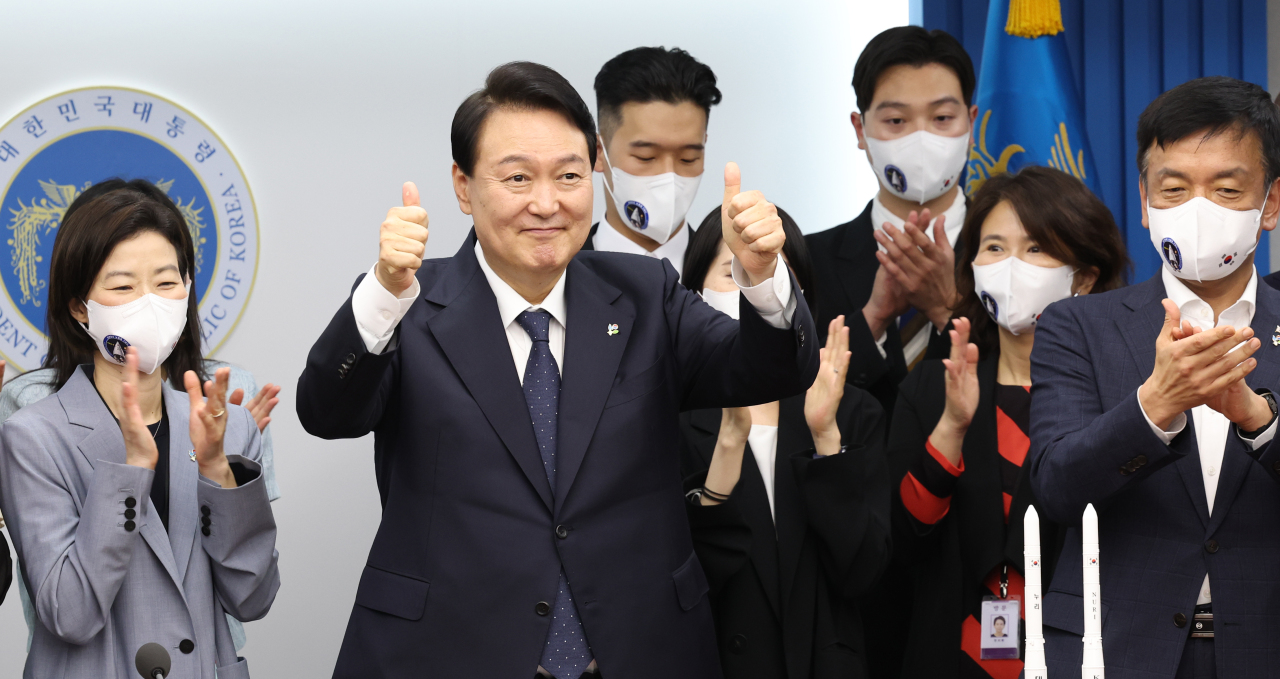 He also underlined a pledge from his presidential election campaign to establish a state-level aerospace agency, which would supervise all of the country’s aerospace projects.

Leading up to the presidential election in March, Yoon had vowed to set up a national aerospace agency in the southern city of Sacheon, South Gyeongsang Province, where Korea Aerospace Industries is located. KAI has played a crucial leading role in putting Nuri parts together and building fuel and oxidizer tanks.

The Korea Aerospace Industries Association has long called on the government to set up a national aerospace agency.

“Due to the absence of a government body dedicated to overseeing the country’s aerospace development, each ministry is taking on a different yet important role at the moment,” the KAIA said in a discussion with lawmakers at the National Assembly in April.

“A representative body should be designed in a way that it can organize pan-government cooperation and stably push for national (aerospace) policies. In this way, it can also support the transition to private-led aerospace development,” the group added.

Currently, the government’s space projects and policies are being handled by the Ministry of Science and ICT, Ministry of Defense, Defense Acquisition Program Administration and KARI. Yoon’s envisioned version of a national aerospace agency would work as a control tower among them, similar to the US’ National Aeronautics and Space Administration.