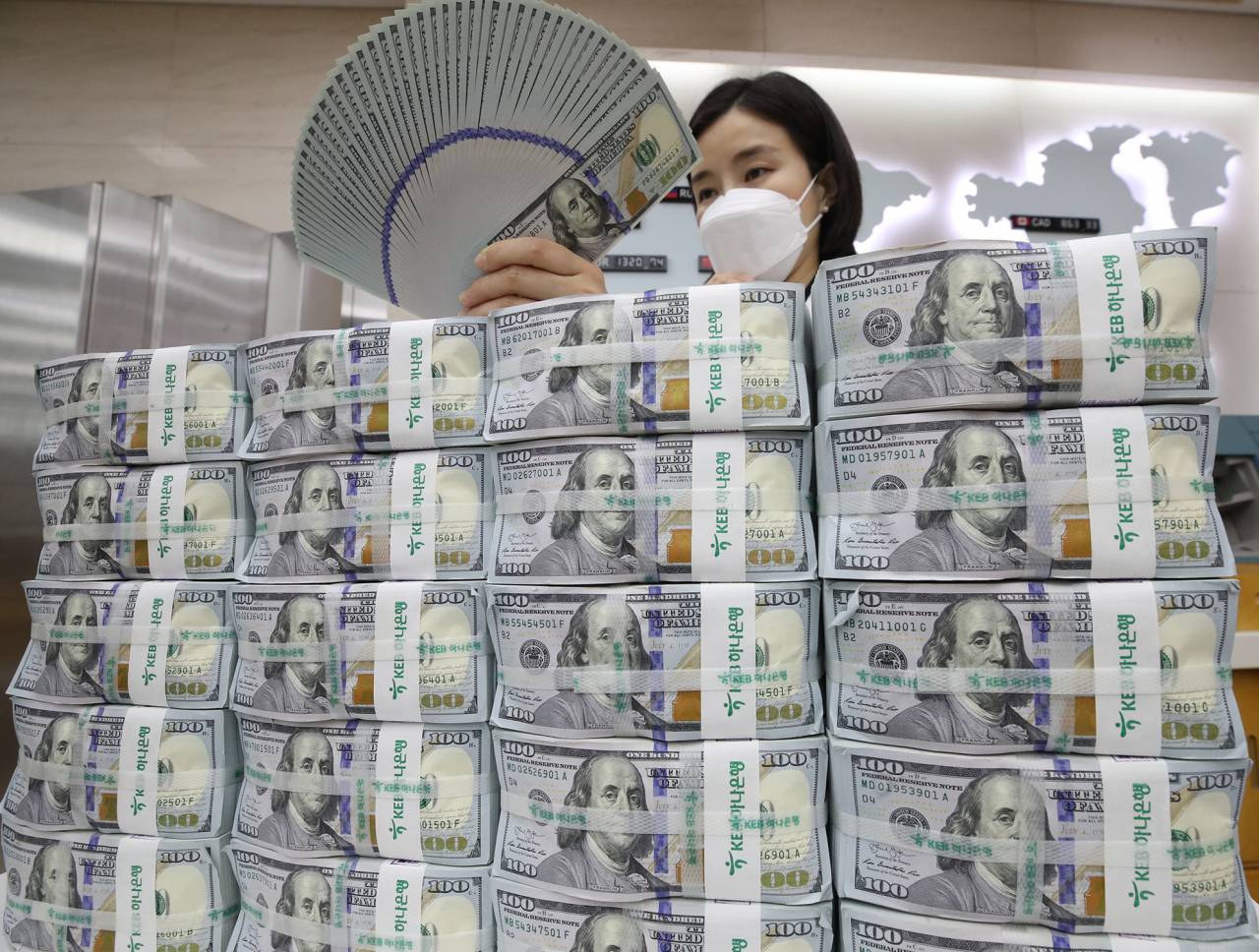 This file photo shows a Hana Bank official in Seoul inspecting US banknotes before their release into the local financial market. (Yonhap)

Residents' outstanding foreign currency-denominated deposits reached $89.17 billion as of end-May, up $2.18 billion from the previous month, according to the data from the Bank of Korea (BOK).

The rise came as companies increased their deposits for payments related to overseas trading. Corporate foreign currency savings amounted to $73.91 billion in May, up $2.26 billion from a month earlier.

Individuals' foreign currency savings, however, edged down $80 million over the cited period to $15.26 billion, the data showed.