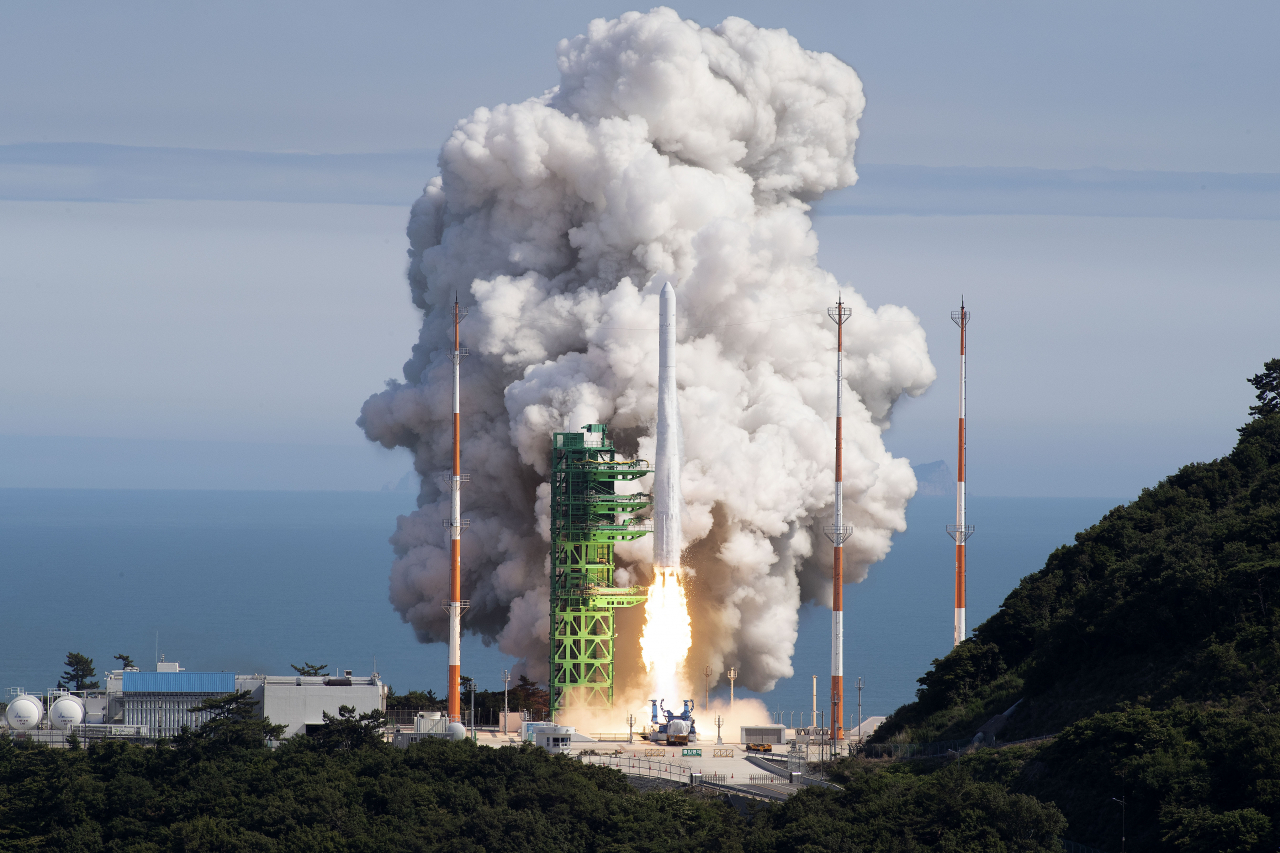 A South Korean satellite has made two-way communication with its ground station, officials said Wednesday, confirming the success of the country's first-ever self-powered satellite deployment project.

The rocket, also known as KSLV-II, succeeded in deploying satellites at a target altitude of 700 kilometers as planned, according to officials.

The Ministry of Science and ICT announced a day after the launch that the performance verification satellite successfully made two-way communication with the ground station at the Korea Aerospace Research Institute (KARI) in Daejeon, 160 kilometers south of Seoul, at 3:01 a.m. Wednesday.

The communication follows the satellite's initial contact with South Korea's King Sejong Station in Antarctica after the launch Tuesday.

"Following the two-way communication with the KARI ground station in Daejeon, Nuri's satellite deployment capability has been fully confirmed," the ministry said.

From the latest communication, KARI verified the satellite was functioning properly with its condition intact.

KARI plans to monitor the satellite and stabilize its position, then release four small cube satellites, which are currently joined to the performance verification satellite, one by one beginning next Wednesday. (Yonhap)