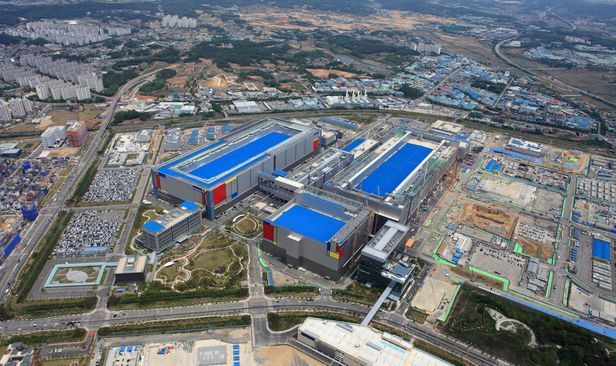 The next-generation 3nm chips will be built on the Gate-All-Around (GAA) technology, which Samsung said will allow up to 45 percent area reduction while providing 30 percent higher performance and 50 percent lower power consumption, compared with the existing FinFET process.

TSMC, the world's largest contract chip manufacturer, said it will begin mass production of 3nm chips in the second half of the year.

The two companies have been in fierce competition to outperform each other by bringing the most advanced and efficient chips to the mass market and to win customers for contract chip manufacturing.

Samsung, the world's largest memory chip maker and second largest foundry player, has said its 2nm process node was in the early stages of development, with mass production planned for 2025.

According to industry tracker TrendForce, TSMC took up 53.5 percent of the global foundry market, followed by Samsung with 16.3 percent, in the first quarter of this year.

"First is technology, second is technology and third is also technology," Samsung Electronics Vice Chairman Lee Jae-yong said upon his return from a business trip to Europe earlier this month.

Lee visited the Dutch chip equipment maker ASML to expand chip cooperation and the procurement of ASML's extreme ultraviolet (EUV) lithography systems, which are essential to the production of advanced chips.

In 2019, Samsung unveiled a massive investment plan of 171 trillion won ($151 billion) in the logic chip and foundry sectors by 2030, as the tech giant eyes expansion of its leadership beyond the memory business. (Yonhap)