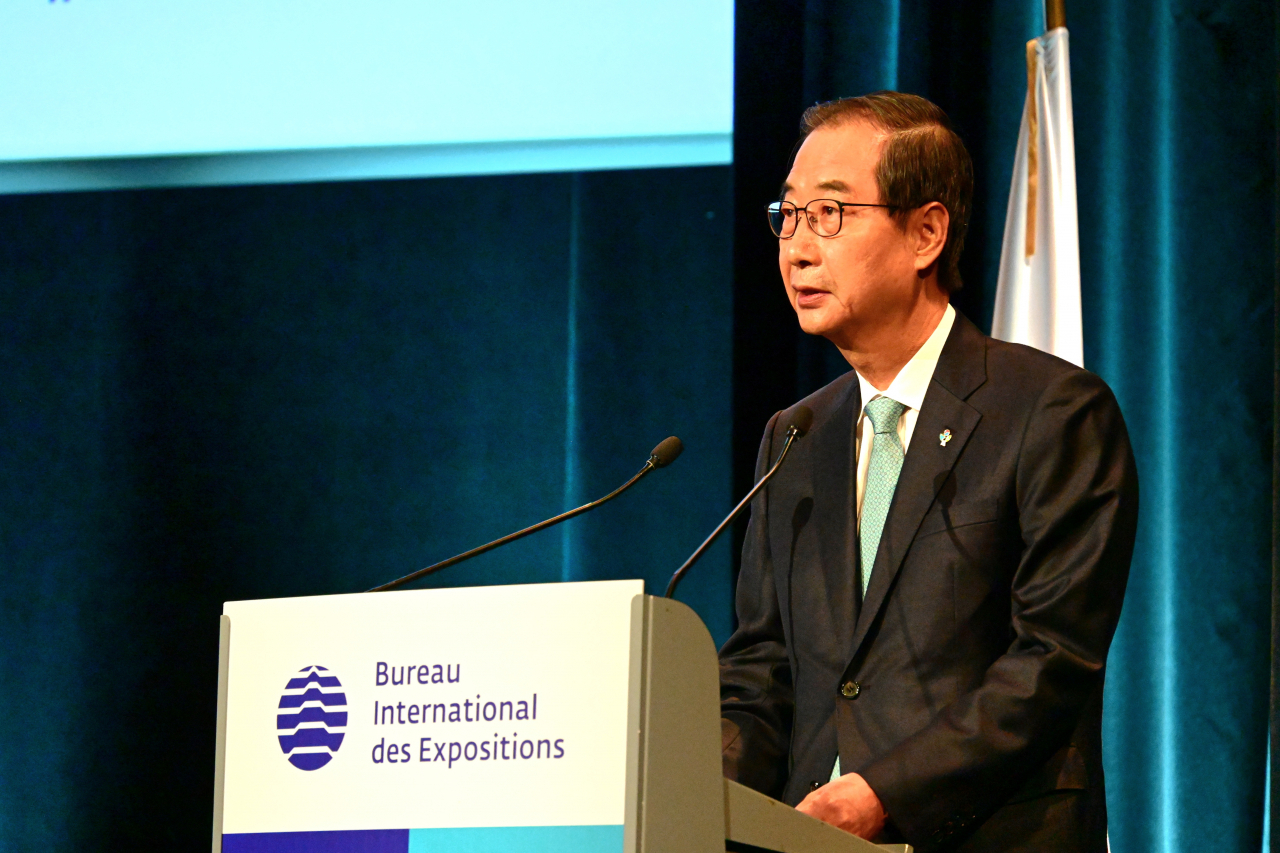 Prime Minister Han Duck-soo delivers a presentation on South Korea's bid to host the 2030 World Expo, in the southern port city of Busan, at a general assembly of the Bureau International des Expositions in Paris on Tuesday, in this photo provided by the prime minister's office. (Yonhap)

Han made the remarks at a meeting with Korean reporters on Tuesday after delivering a presentation on South Korea's bid to host the 2030 World Expo at a general assembly of the Bureau International des Expositions (BIE), which is an intergovernmental body in charge of overseeing World Expos.

"There are many areas to reform at KEPCO," Han replied, when asked about the government's postponement of a decision on the possible adjustment of electricity fees.

Han said KEPCO's self-rescue plans are not enough to make up for its mounting losses, criticizing the firm for not making utmost efforts to overhaul its ailing businesses.

"If KEPCO were a private company, it would have gone bankrupt," Han said.

On Tuesday, the interior ministry unveiled a plan to set up a new bureau to exercise direct control of police despite protest and concern the move could put the law enforcement agency under political influence.

Han voiced support for the ministry's plan, saying that such a bureau is needed for "efficiency" for proceeding with tasks between the ministry and police.

"It's not right to say that we shouldn't create an organization for fear of undermining independence," Han said.

South Korea is competing with two other countries -- Italy and Saudi Arabia -- to host the expo and the final winner is expected to be announced in November 2023.

During the presentation, Han appealed to the BIE members to award the expo to the southern city of Busan, saying South Korea could act as a bridge between developed and developing nations.

Although South Korea began its campaign for the expo about one year later than Saudi Arabia, Han said he sees "hope" for hosting the event. (Yonhap)