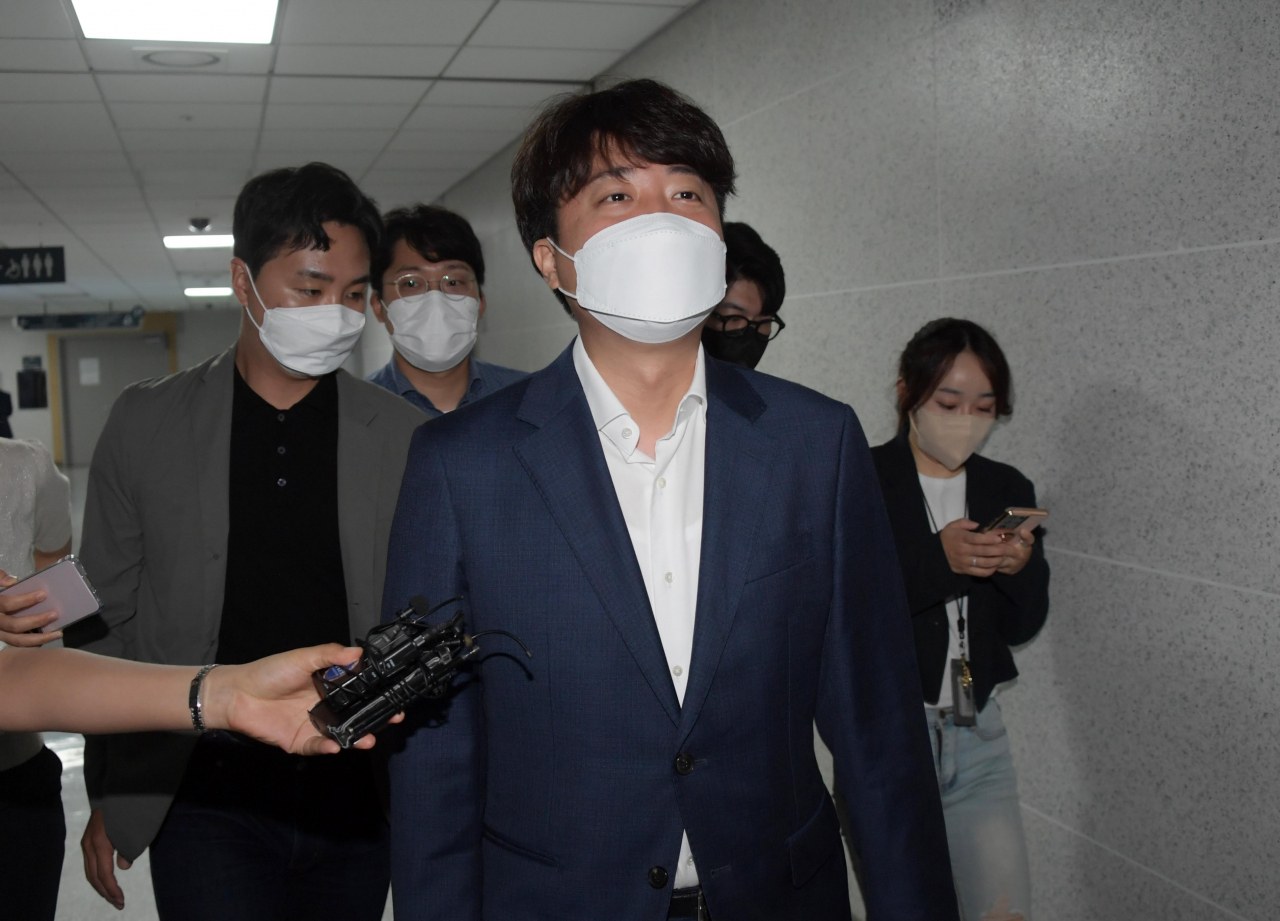 People Power Party Chairman Lee Jun-seok listens to reporters' questions as he leaves a seminar room at the National Assembly in Seoul on Tuesday. (Yonhap)

The ethics committee of the ruling People Power Party (PPP) on Wednesday was scheduled to look into allegations that party Chairman Lee Jun-seok tried to destroy evidence related to an alleged sexual bribery case.

The PPP ethics committee will hold a meeting at 7 p.m. at the National Assembly to decide whether to seek disciplinary action against Lee.

Lee has been facing allegations that he received sexual services paid for by a businessperson in 2013. While a police investigation is ongoing, the committee will look into Lee's alleged attempt to destroy evidence related to the case.

The allegations are that Lee sent an aide to the person accusing him of sexual bribery to obtain a statement that the claims were false. Lee has strongly claimed that he is innocent. He is expected to attend the committee's hearing and appeal his case.

This is the first time in the party's history that a party chairman has been referred to the ethics committee and faces possible disciplinary action.

The types of disciplinary action range from a warning to expulsion from the party, though observers speculate that the ethics panel could simply review the case at Wednesday's meeting and announce its decision later.

If the panel decides to mete out a penalty, it is likely to bring significant repercussions to the PPP, and may push the party to elect a new leader. (Yonhap)