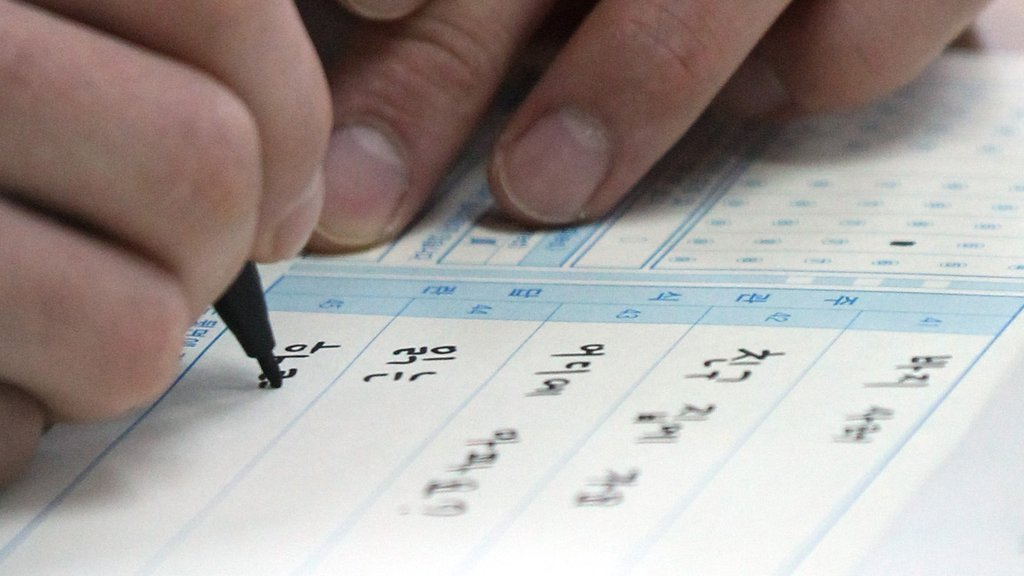 Hong Kong will include Korean as one of the foreign languages in its university entrance exam starting in 2025, Seoul's education ministry said Wednesday.

The ministry said its National Institute for International Education and Hong Kong's state examination board, Hong Kong Examinations and Assessment Authority, will soon sign a memorandum of understanding (MOU) on the arrangement.

Under the MOU, Hong Kong will accept test results of TOPIK, or the Test of Proficiency in Korean, in the second foreign language category on its national university entrance examination starting in 2025.

The Hong Kong examination board will accept the highest TOPIK score an applicant has earned in the past two years, the ministry noted.

Other languages currently in the category include French, Japanese, German and Spanish.

As the Korean Wave fanned the popularity of Korean language study, about 330,000 people in some 75 nations, including South Korea, took TOPIK last year. (Yonhap)