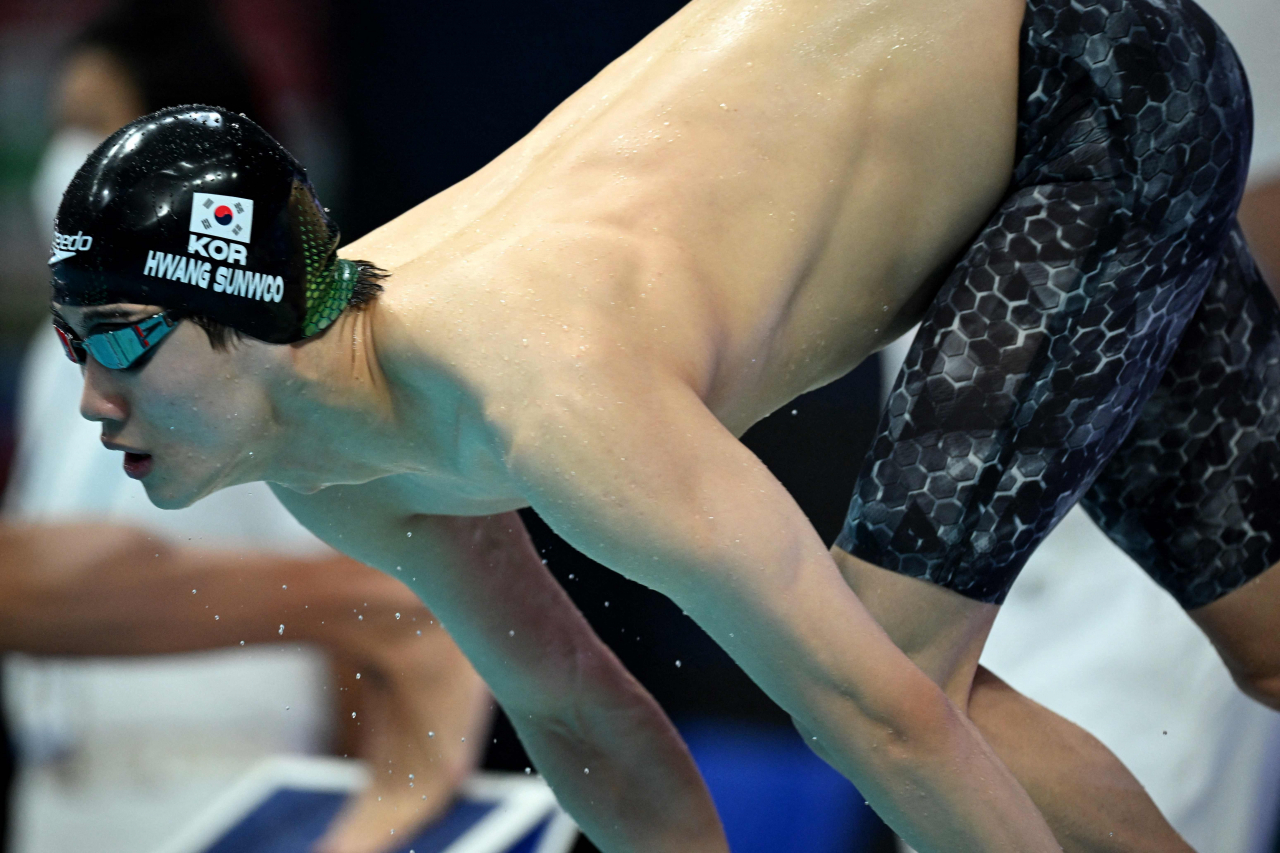 In this AFP photo, Hwang Sun-woo of South Korea competes in the men's 200m freestyle final at the FINA World Championships at Duna Arena in Budapest on Monday. (AFP)

South Korean Hwang Sun-woo has come up short in his second attempt to reach the final in the men's 100m freestyle at the world swimming championships in Hungary, unable to capitalize on an opportunity for his second medal following an unexpected withdrawal by a heavy favorite.

Hwang finished 11th overall among 16 swimmers in the semifinals at the FINA World Championships in Budapest on Tuesday (local time), with a time of 48.08 seconds. Only the top seven advanced to the final.

Hwang, the 200m freestyle silver medalist from Monday, had missed out on the 100m semifinals earlier Tuesday after finishing tied for 17th place in the heats with Zac Incerti of Australia, while the top 16 moved on.

However, just hours before the semifinals at Duna Arena, Caeleb Dressel of the United States, the two-time defending world champion who had finished second in the heats, pulled out "on medical grounds."

Hwang and Incerti would have had to do a swim-off to determine who would take Dressel's spot, but Incerti had already informed officials that he wouldn't participate in that extra race.

As the first alternate, Hwang was informed he would be in the semifinals, about two hours before the start of the session, according to South Korean national team officials.

Hwang ended up in the first of the two semifinal heats. He shaved 0.53 second off the time he had posted in the heats earlier in the day, but it still wasn't good enough to get him into the final.

Hwang's personal best in the 100m freestyle is 47.56 seconds, also an Asian record, set in the semifinals of the Tokyo Olympics last year.

Hwang has now completed the individual portion of his world championships. He is scheduled to compete in the 4x200m freestyle relay Wednesday.