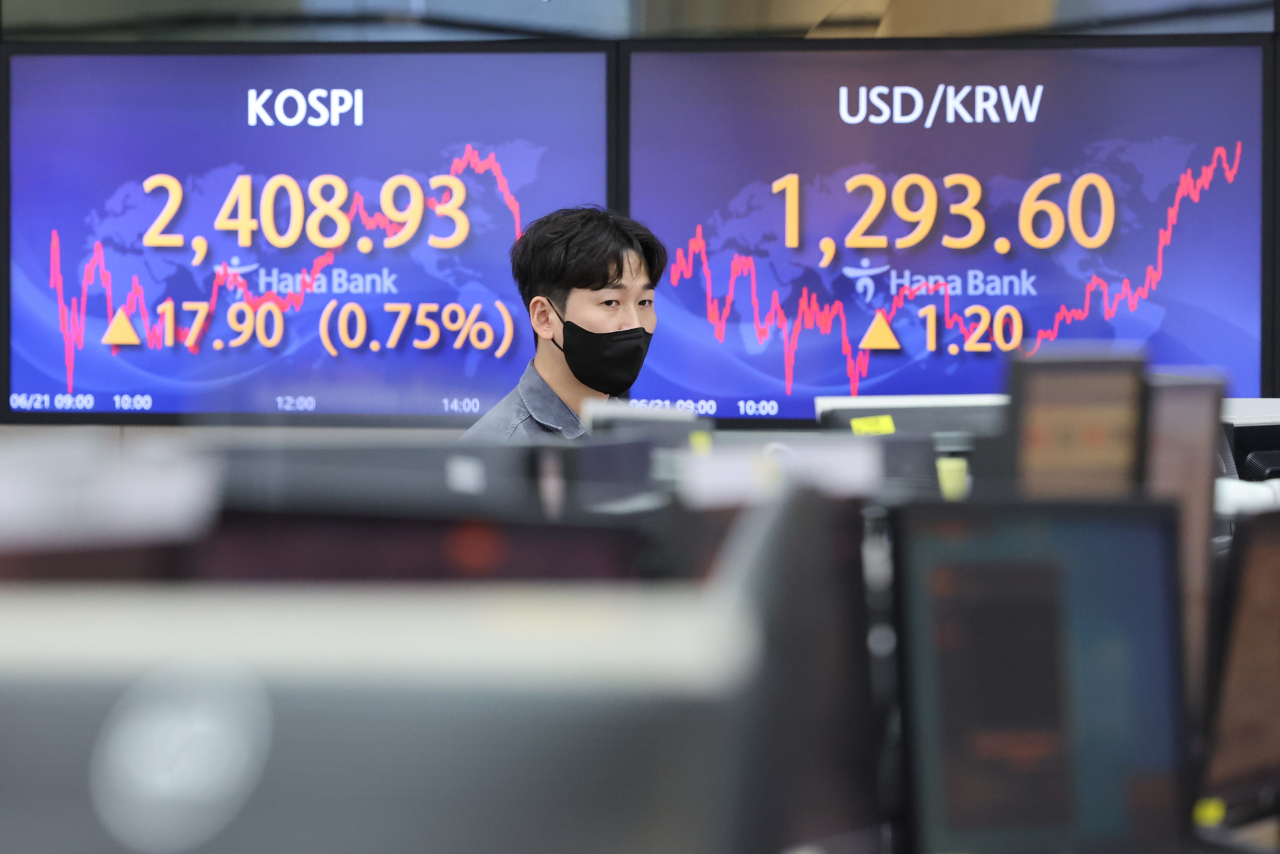 South Korean stocks rebounded Tuesday from a fresh 19-month low the previous session on bargain hunting amid lingering concerns over high inflation and a global economic slowdown. The local currency fell against the US dollar.

"Shares gathered ground on the back of their attractive valuations following a recent rout," Han Ji-young, an analyst at Kiwoom Securities Co., said.

"But it will take time for the index to make any meaningful upturn, as concerns continue over the US Federal Reserve's aggressive monetary tightening to curb inflation at the risk of causing an economic slowdown," the analyst added.

Earlier in the day, Bank of Korea Gov. Rhee Chang-yong voiced concerns over risks for a further buildup in inflation and hinted at more aggressive monetary steps in the coming months.

Last week, the US central bank raised the key rate by 0.75 percentage point, the biggest increase since 1994.

The local currency ended at 1,293.6 won against the US dollar, down 1.2 won from the previous session's close. (Yonhap)