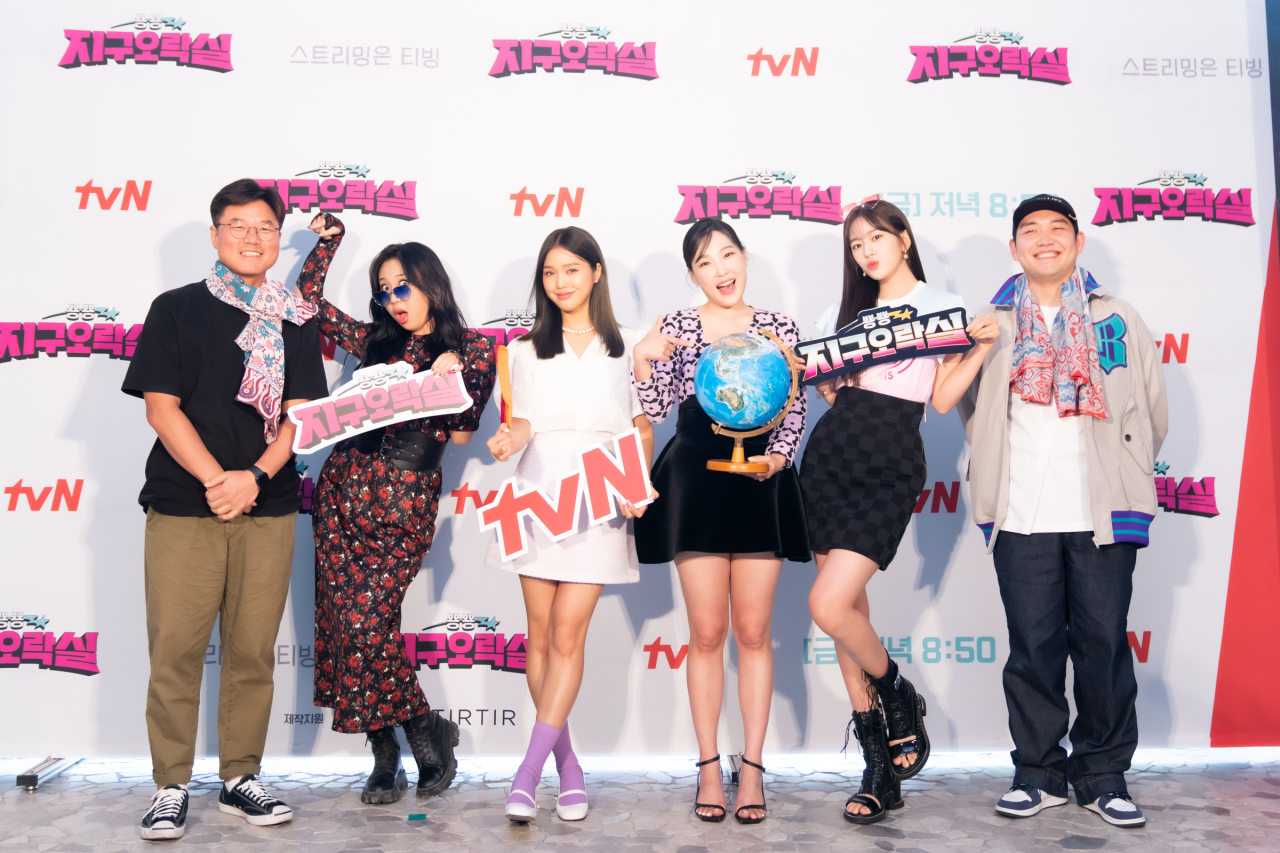 “I have worked on many projects with television celebrities who I felt very comfortable with and spent a lot of time with, like comedian Kang Ho-dong, actor Lee Seo-jin and more. And I wanted to do something new for the upcoming series,” director Na said in an online press conference held on Monday.

“I wished to work with people who are the opposite of my previous partners. And I thought of female stars from Gen MZ,” Na added, referring collectively to millennials and Generation Z.

The director behind countless hit variety shows, including KBS’ “2 Days 1 Night” (2007-12), tvN’s “Grandpa Over Flowers” (2013) “New Journey to the West” and “Three Meals a Day,” was confident about catching viewers’ attention with the show’s cast of comedian Lee Eun-ji, Mimi of K-pop girl group Oh My Girl, rapper Lee Young-ji and Yujin of girl group Ive.

The chemistry of the four stars was “uncontrollable,” according to co-producer Park Hyun-yong.

“While shooting the program, the staff needed to take breaks to plan and discuss later schedules. But these four never stopped talking,” Park said.

“We made them swim, hike and watch YouTube videos to tire them out, like raising a child. But these people never rest,” the creator said, adding the experience with the stars was refreshing in many ways.

Mimi said she was surprised to be asked to take part in a variety show, as “Earth Arcade” is her first.

“Without any hesitation, I wished to join the show. Until boarding the plane, I thought it was a prank. I had never starred in a television program alone, so I was a little nervous,” said the 27-year-old singer. “But I tried my best and I hope the viewers enjoy the show.” 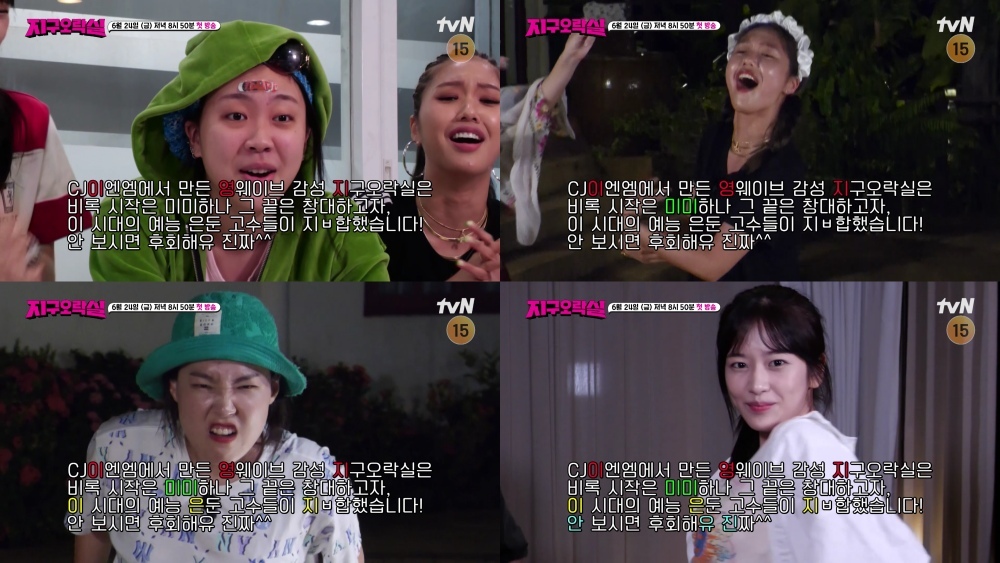 Still images of four cast members of “Earth Arcade” (tvN)
Television celebrity Lee Eun-ji, 30, said as the oldest cast member and a professional comedian, she felt it her responsibility to entertain the co-stars, staff and viewers. But she soon realized that such concerns were unnecessary they all were charming and hilarious.

Meanwhile, Yujin did not hide her excitement for “Earth Arcade.”

“It was an honor to work with directors Na and Park. I think this was a great chance to show the real Ahn Yu-jin, who is very different from the K-pop singer Yujin,” she said.