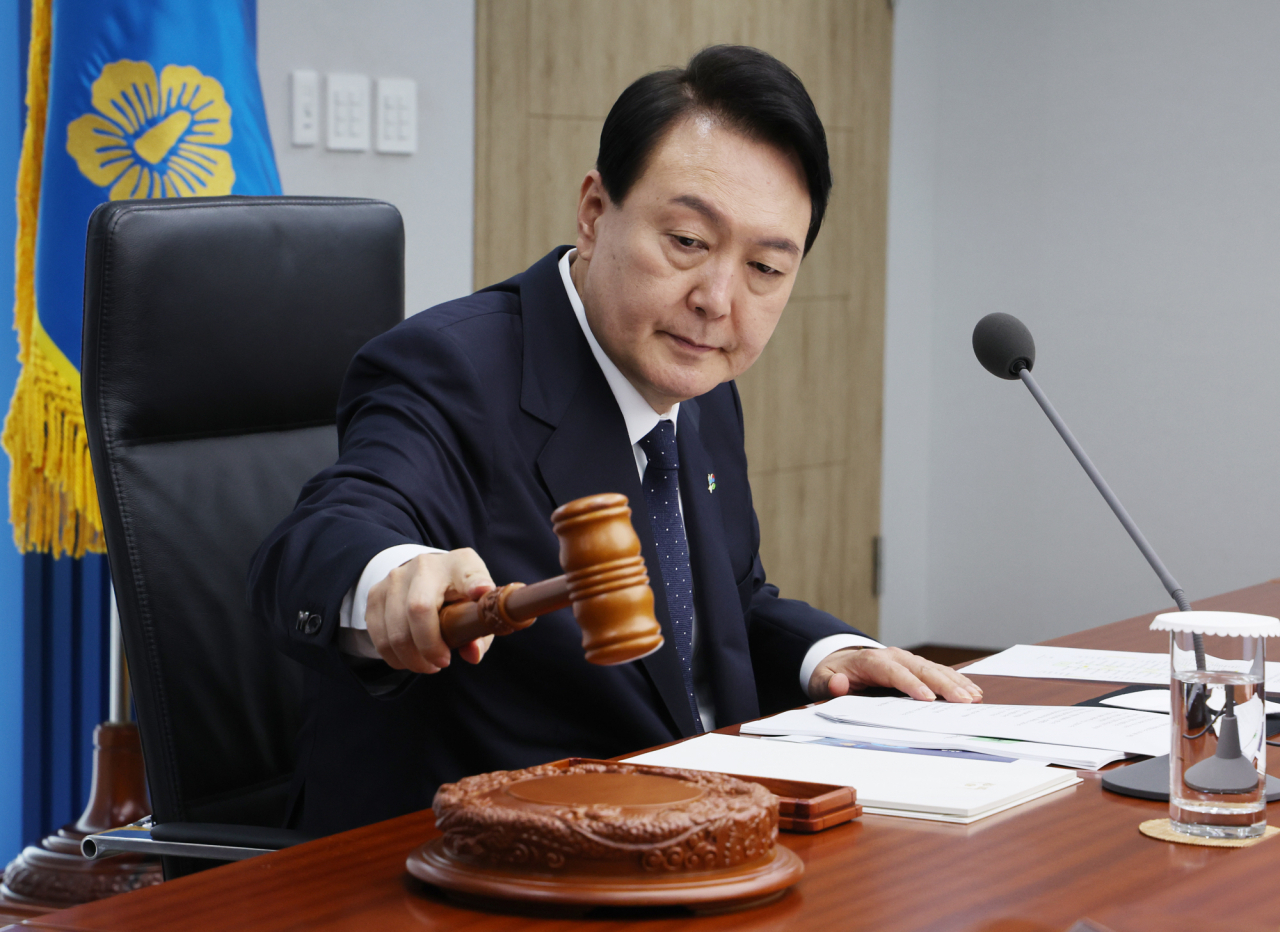 President Yoon Suk-yeol presides over a Cabinet meeting at the Yongsan Presidential Office in Seoul on Tuesday. (Yonhap)

Yoon issued the call during a Cabinet meeting, saying the debts of public institutions have soared over the past five years to reach 583 trillion won ($452 billion) as of the end of 2021.

Yoon said the government is no exception.

"We need strong structural reforms in expenditure," he said. "Finances must be used only where they are needed, and financial resources must be spent kindly and generously on the truly socially weak who desperately need government support."

Yoon has made economic revival a priority of his administration.

During the Cabinet meeting, he again sounded the alarm on the state of the economy and asked each ministry to find ways to stabilize the public's livelihoods and restore economic vitality.

He said if needed, he would hold extraordinary Cabinet sessions in addition to the regular ones to quickly pass necessary measures.

"As I emphasized last week, the greater the crisis, the more we need to firmly change the economic constitution to one that is led by the private sector and the market," he said, adding the government must also improve systems and regulations that hinder businesses. (Yonhap)