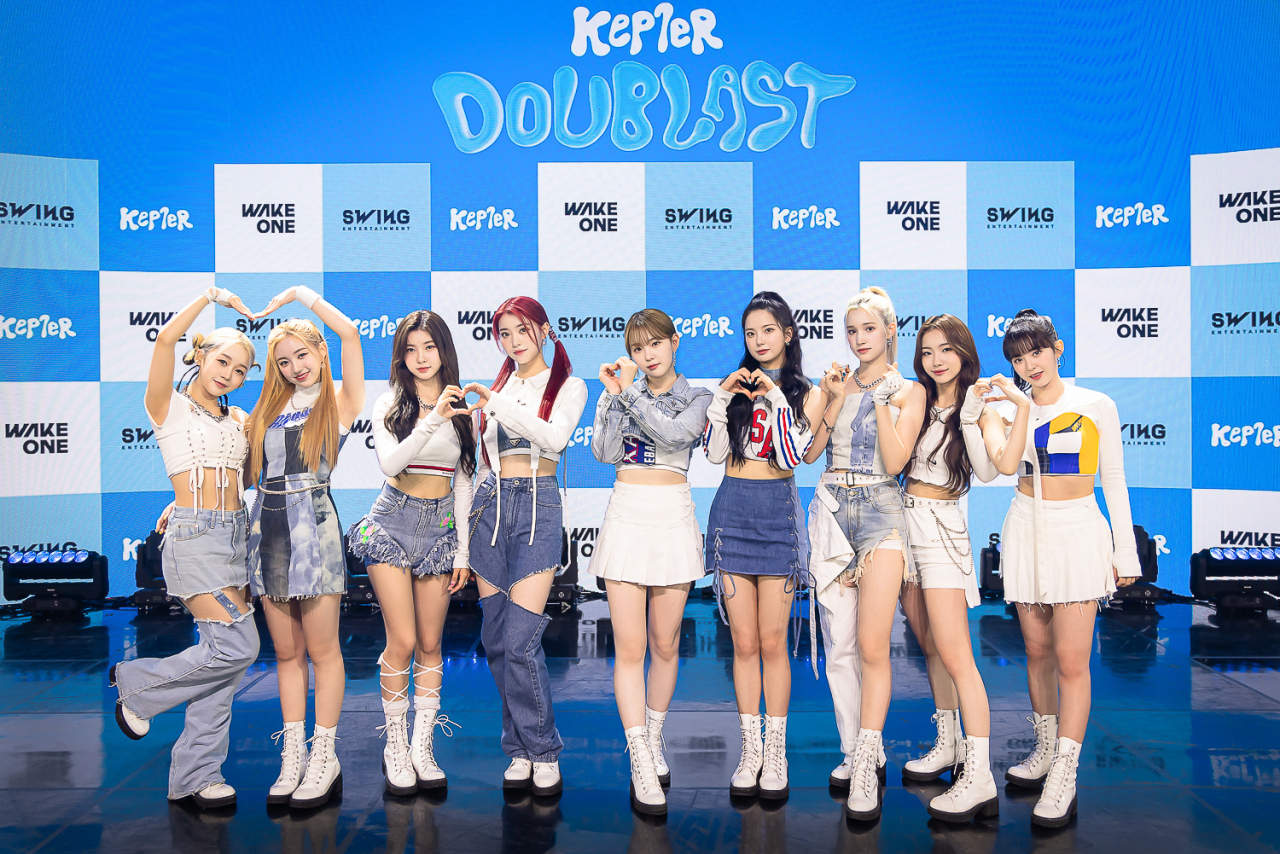 In a press conference Monday, leader Yu-jin described it as “an album where Kep1er embarks on a new adventure after its debut.”

She continued, saying that the bandmates have made their dreams come true by making a name for themselves through the debut song “Wa Da Da.” With their new release, the band invites listeners to “Kep1er’s island” this summer, where fans can delve into the members‘ different stories and revel in the music they have made.

Gushing about the latest album, Yu-jin went on to say that “Kep1er’s island” is brimming with energy and liveliness.

“Our island is a place where fans can join us, take a rest and enjoy the summer. The song ‘Up’ could help listeners beat the sweltering heat,” she added.

“Up” is the lead single of this five-song package. Da-yeon described it as “a mixture of rhythmical funky house and soulful house which make the tune more energetic and refreshing just in time for the summer.”

Da-yeon said that the dance break during the chorus is the highlight of the track and shows that one of Kep1er‘s biggest strengths is its spirited on-stage performances. Full of confidence that their new choreography will be a hit with fans, she added her excitement at sharing the “new side” of Kep1er that’s on their latest album.

“I just hope people realize that Kep1er is a group that can do something like this through our music,” she added.

Yu-jin also expressed hopes that the band‘s new concept would be well received by fans.

“Since our first song was full of charisma, we wanted to show that we could do something different. Something cute, lovely and refreshing,” the leader said.

Other songs featured on the band’s second EP are: “Le Voya9e,” a track about how the group will unfold together as a nine-piece, “Attention,” a song about the spark between two lovebirds, “Good Night,” with its delicate and emotional melody and “Rewind,” which is dedicated to the fans.

Reflecting on how the band prepared for the album, the nine members said in unison that it was a difficult process. Mashiro said, “We were exhausted because we were on the survival program, ‘Queendom2,’ and had to get ready for our new album.” 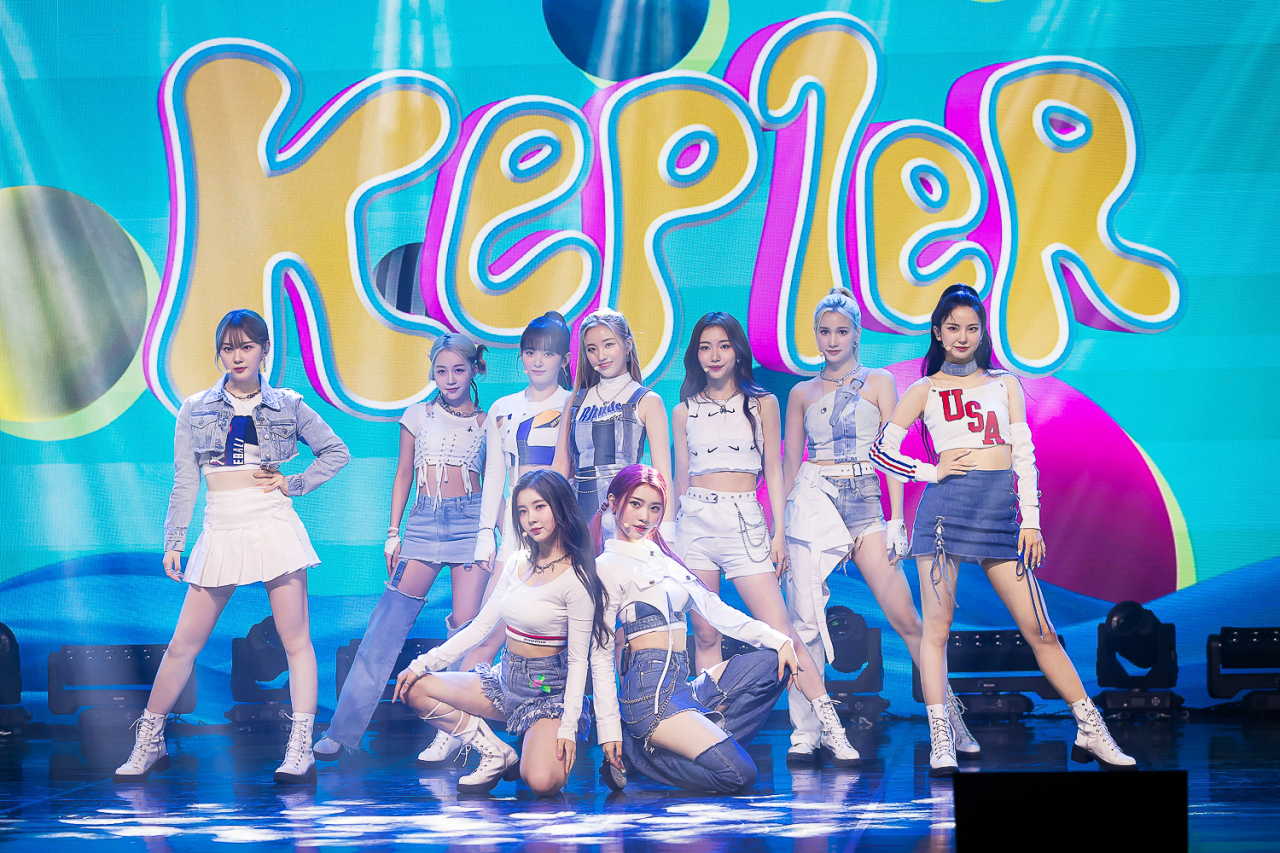 Girl group Kep1er performs its new song “Up” during an offline press conference held in Seoul on Monday. (Wakeone Entertainment and Swing Entertainment)
Despite the toll it took, she was thankful for the chance to be on the show. “All the members were able to learn from other K-pop groups and took the opportunity to take a leap of faith as an idol band.”

When asked which was the biggest change, Chae-hyun said the band was able to expand friendships and get closer as a group, so better teamwork paved the way for better synergy.

“Just like the happy vibes on our song ‘Up’, I think we can show vibrancy and energy with strong bonds of friendship. Recently, we performed on stage for ‘Dream Concert.’ For all of us, it was a moment to cherish.”

The nonet‘s foreign bandmates -- Hikaru and Xiaoting -- chose language as their biggest improvement.

“Since we promote ourselves in Korean here, my language skills got a lot better since our debut,” Japanese member Hikaru said.

Kep1er ended by expressing hopes of a strong performance in the music charts. Xiaoting said she’s looking forward to another music video with 100 million views on YouTube and being No. 1 in music programs.

Mashiro also dropped a spoiler: If the music video for “Up” racks up 30 million views on YouTube, a special dance video will be released.