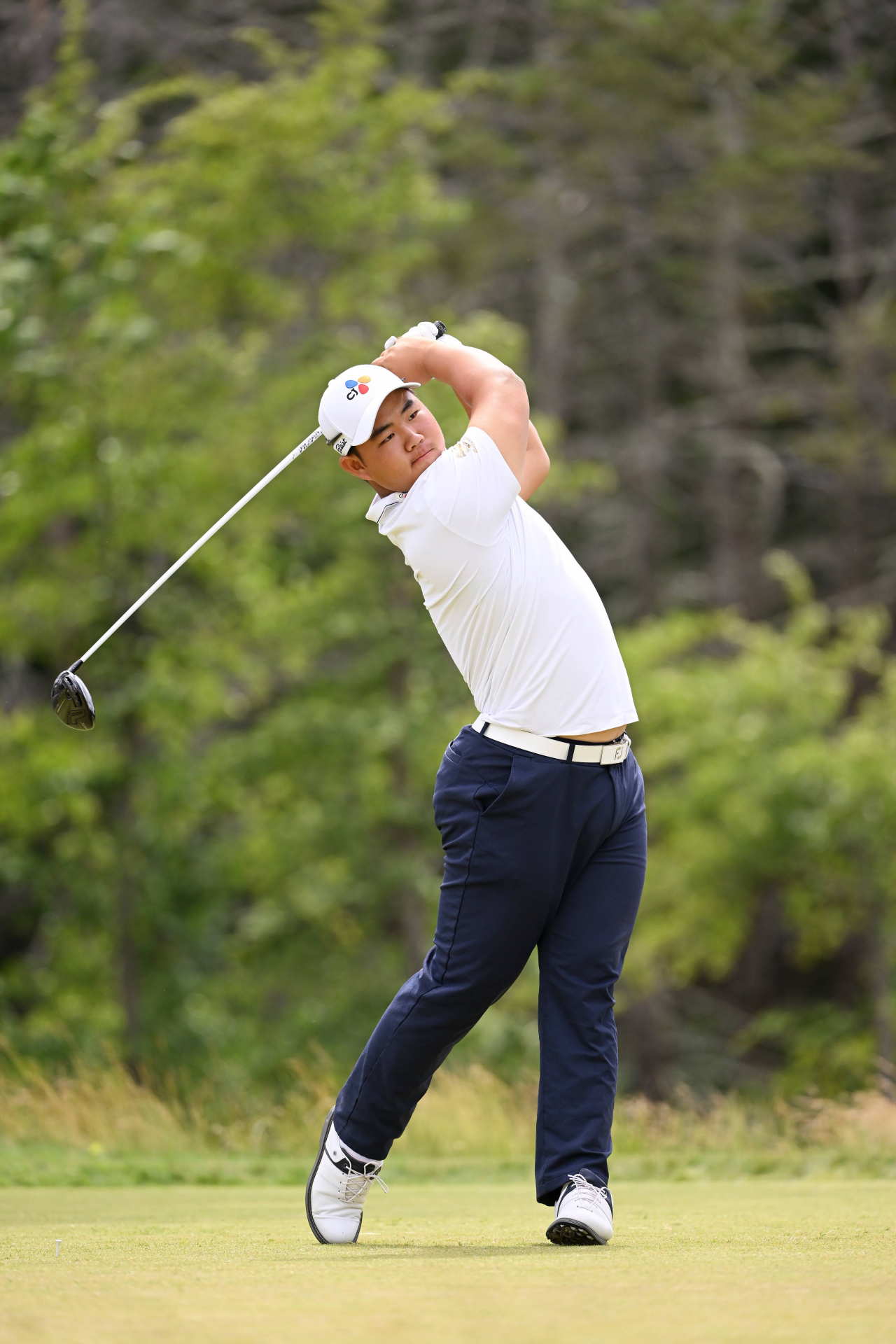 In this Getty Images photo, Kim Joo-hyung of South Korea tees off on the eighth hole during the third round of the 122nd US Open at The Country Club in Brookline, Massachusetts, on Saturday. (Getty Images)

Teenager Kim Joo-hyung has ended his first US Open as the highest-ranked South Korean player.

Kim finished alone in 23rd place at the 122nd US Open at The Country Club in Brookline, Massachusetts, on Sunday (local time), with a four-round total of three-over 283.

Kim, who turns 20 on Tuesday, traded three birdies with three bogeys for an even-par final round of 70.

This was Kim's US Open debut. He had only made two other major appearances, missing the cut at the 2020 and 2022 PGA Championships.

Kim, the reigning Asian Tour Order of Merit winner as its money leader, has won twice in Asia and twice more on the Korean Tour.

As for other South Korean players in the field, Lee Kyoung-hoon, a two-time tour winner, finished tied for 37th at seven-over 287. Im Sung-jae, the top South Korean in the world rankings at No. 21, missed the cut by one after shooting 72-72. Kim Si-woo, who has three career tour wins, also missed out on the weekend after going 76-69 in his first two rounds.

Matt Fitzpatrick of England captured his first US Open title and his first major at six-under 274, holding off world No. 1 Scottie Scheffler by one stroke. (Yonhap)