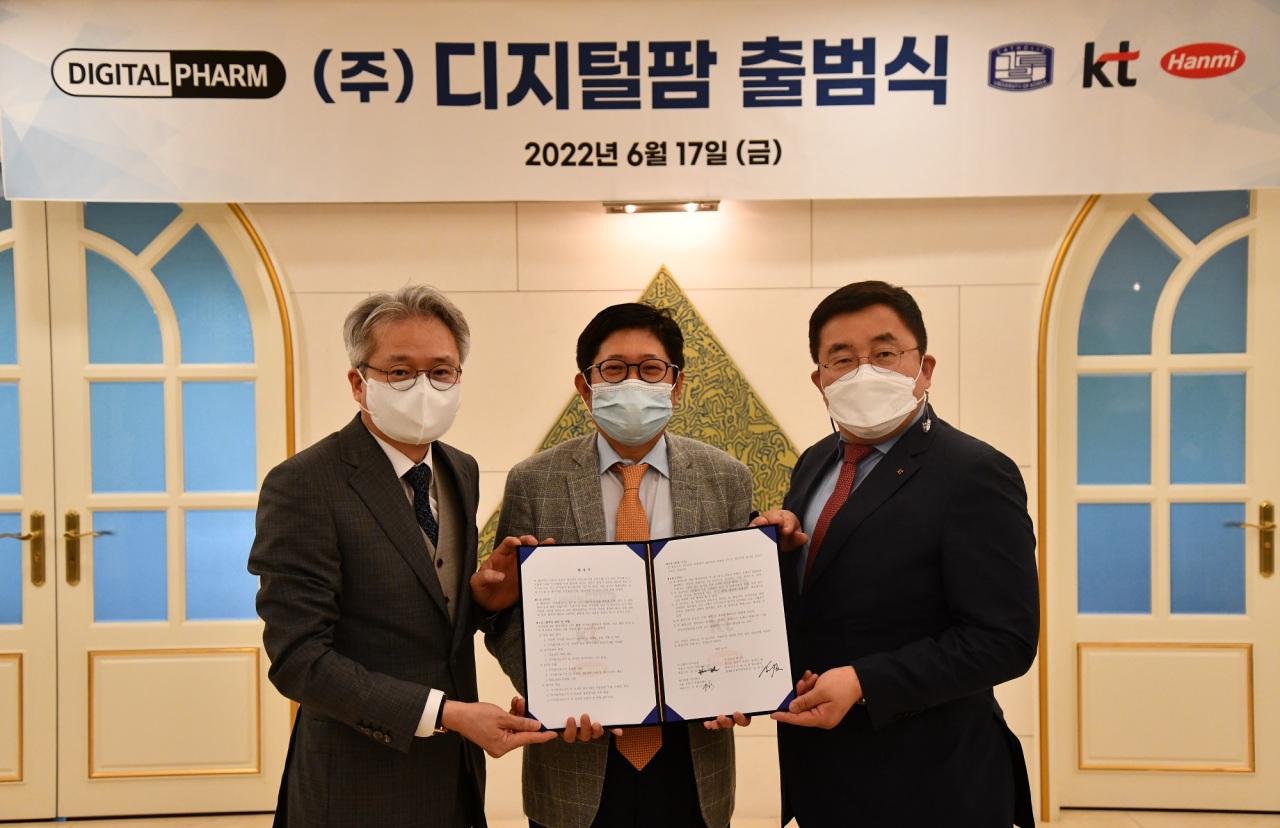 With the investment, KT will be in charge of developing platforms for digital therapeutics, drafting business strategies and providing pipelines. Meanwhile, Hanmi plans to maximize synergetic impact through hospital-specialized marketing and supporting the authorization of digital medical devices.

The investment is the first collaboration between a South Korean information and communications technology firm, a pharmaceutical company and a medical institute. Digital Pharm is a subsidiary of the Catholic University of Korea’s holdings company.

According to the companies, the global market for digital therapeutics is expected to reach 22.4 trillion won ($17.3 billion) by 2028 with an average annual growth rate of 23 percent.

“We will do our best to establish a successful business model by combining Hanmi’s long-accumulated capabilities in developing new drugs, getting government approvals and marketing,” said Woo Jong-soo, CEO of Hanmi Pharmaceutical.

Song Jae-ho, KT’s vice president, said that the three-way alliance is expected to create and lead the country’s ecosystem of digital therapeutics and electroceuticals.