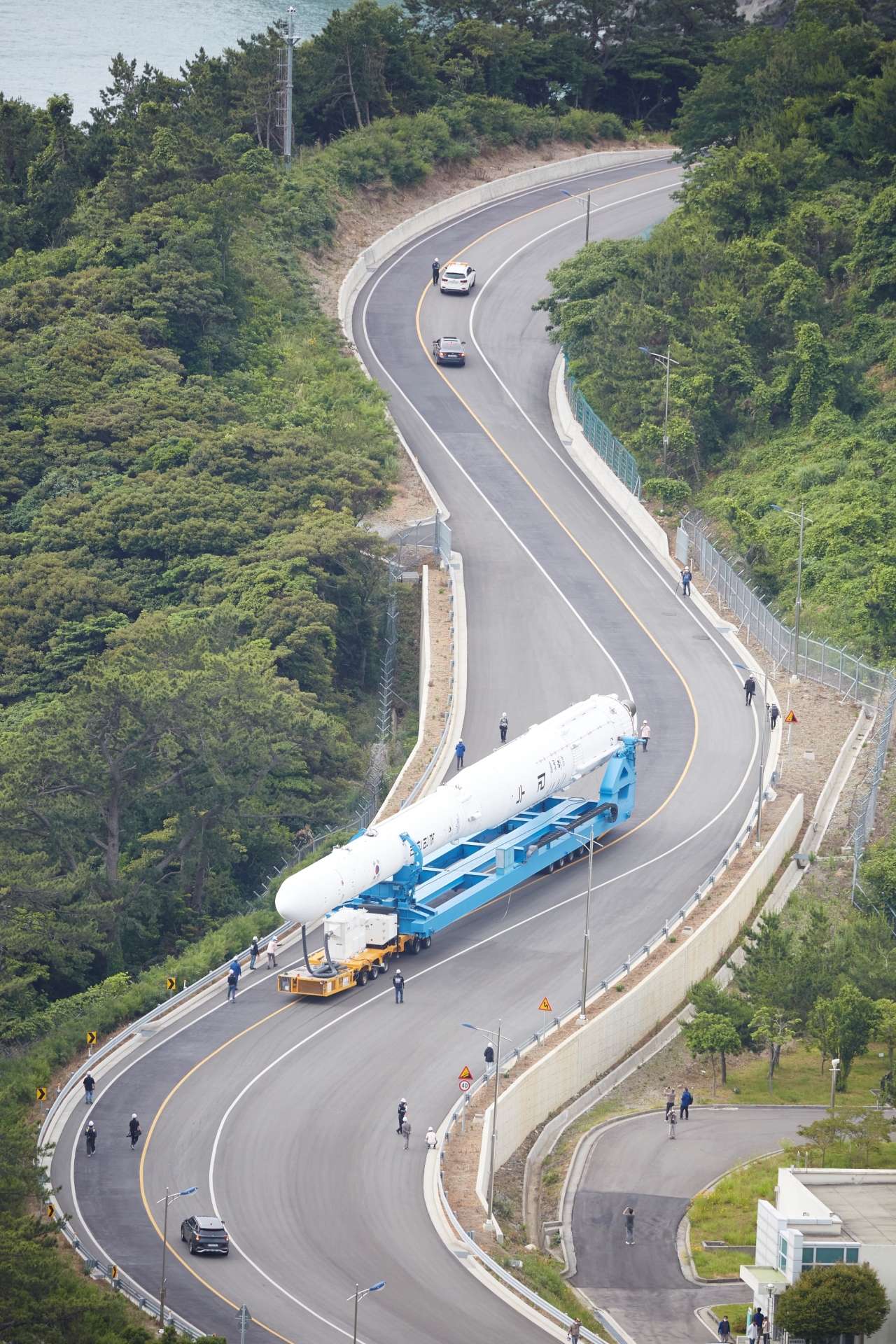 The Korea Space Launch Vehicle-II, also called Nuri, is being rolled out to the launch pad at the Naro Space Center in Goheung, South Jeolla Province, Wednesday. (Korea Aerospace Research Institute)
South Korea’s homegrown rocket Nuri is all set for liftoff on Tuesday, six days after a last-minute technical glitch was found.

The Ministry of Science and ICT said Friday the Korea Aerospace Research Institute has identified the problem in one of the electric components of the sensor in the oxidizer tank and replaced it with a new one.

After changing the 1.2-meter-long core component of the sensor, the KARI carried out a series of tests on the rocket and concluded that it is ready for its second launch. The first blastoff failed to complete its mission in October last year.

The KARI explained that they were able to identify and fix the problem in a short time because there was no need to separate the first and second stage of the rocket.

“We could not carry out technical inspections on other parts of the rocket because we decided it would do more harm than good, since the rocket is already packed with explosives,” said Gwon Hyun-jun, director of the space, nuclear and big science policy bureau at the Ministry of Science and ICT.

The sensor malfunction found during a final check-up at the launch pad had prompted KARI to call off the Thursday launch and to postpone it indefinitely. The new launch date is within the scheduled contingency date -- from June 16 to 23.

But depending on the weather conditions, the launch date may be rescheduled in the case of strong winds or lightning, said Goh Jung-hwan, director of KARI’s KSLV-II (Nuri) research and development directorate, during a press conference.

Meaning “world” in Korean, Nuri is a three-stage, liquid-fueled carrier rocket weighing 200 metric tons and stands 46.2 meters tall. The first blastoff last year failed to put a dummy satellite into the target orbit of 700 kilometers due to the loosening of a fixture holding the rocket’s helium tank.

If the second launch is successful, the country will become the seventh in the world with indigenous capabilities to develop and launch a satellite greater than 1 ton.