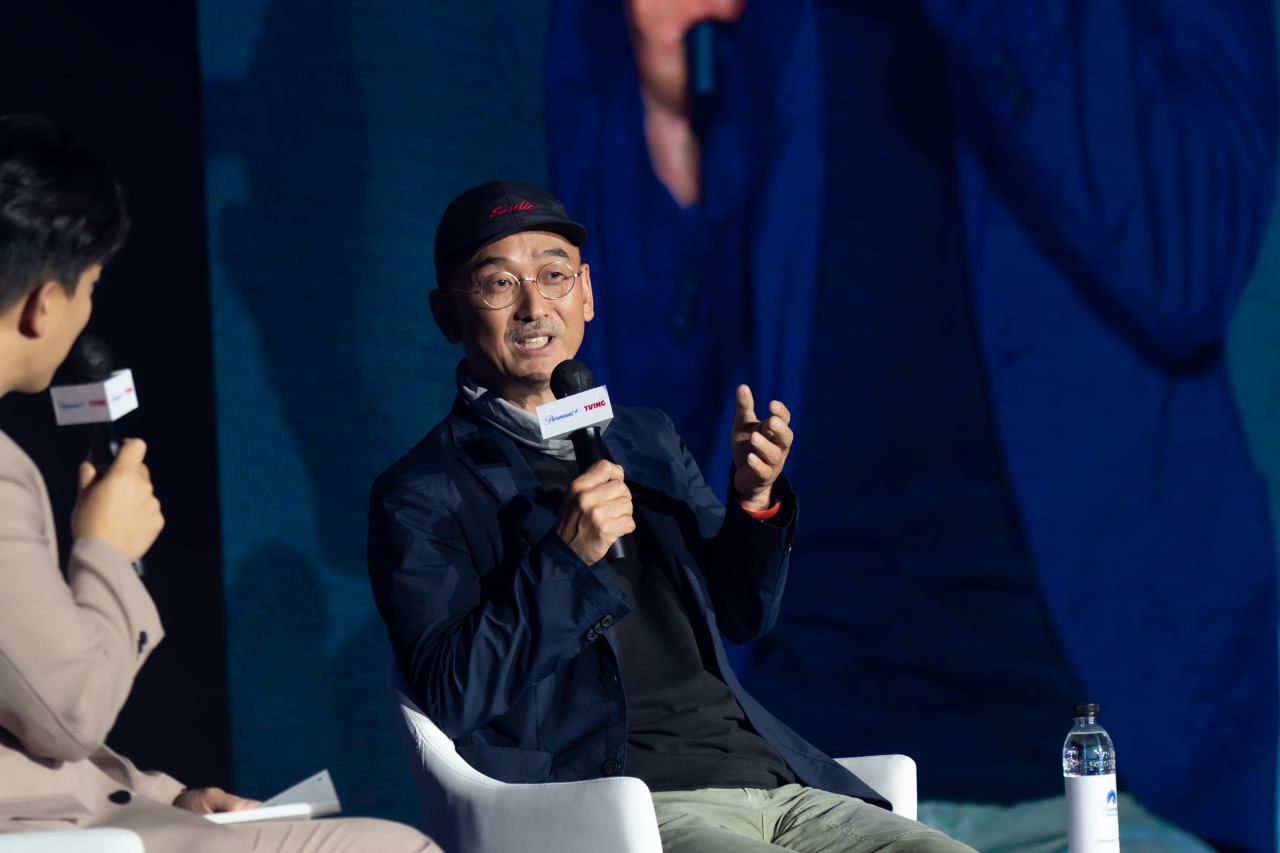 Director Lee Joon-ik speaks at a Paramount+ press conference held at the Four Seasons Hotel in Jongno-gu, central Soul, on Thursday. (Tving)
In response to the increasing popularity of streaming platforms, numerous top movie stars have crossed over to streaming services. Big-name film directors, including Lee Joon-ik, are no exception.

“I am feeling a mixed bag of emotions,” director Lee said during a Paramount+ press conference held at the Four Seasons Hotel in Jongno-gu, central Soul, on Thursday. “I am excited and nervous to present my series to viewers on a streaming platform for the first time.”

Lee, 62, confessed that he did not know that the series would be released on Paramount+ when creating “Yonder.”

“I am excited to share the series with global audiences and hope they can enjoy it,” the director added.

Jointly produced by two streaming platforms -- Tving and Parmount+ -- “Yonder” presents the story of a man who receives a mysterious message from his dead wife, inviting him to a place named Yonder.

Set in 2032, the series has a unique setting in which the dead can live on by uploading their memories on Yonder.

When asked about his decision to produce a series featuring the near future, Lee -- who is acclaimed as a master of period films such as “The King and the Clown” (2005), “The Throne” (2014) and “DongJu: The Portrait of a Poet” (2015) -- said that the two genres are not that different from each other.

“Period films feature things that do not exist in the present. You are working with your imagination when producing historical projects as well. Many people may think ‘Yonder’ is a new challenge for me, but I did not feel a huge difference,” Lee said. 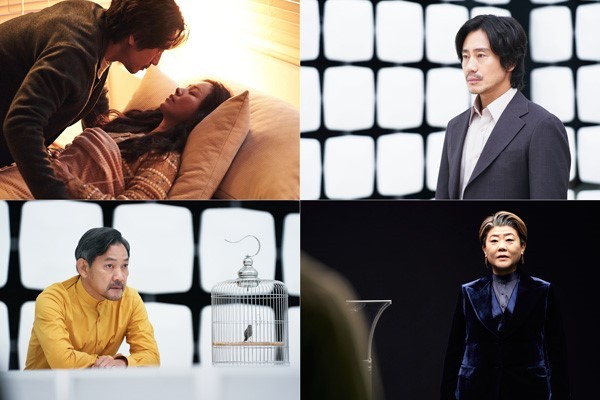 Still images of “Yonder” (Tving)
The veteran director also shared his views about the increasing cultural power of Korean content.

“Our creative content industries have studied many strengths of foreign cultures and, for a long time, tried to follow them. But I think we have to concentrate on our own stories, not necessarily be conscious of a ‘global standard.’ Good content will always be respected by many people regardless of their cultural, geographical and ethnic backgrounds,” the director said.

The sci-fi series is scheduled to premiere in the second half of this year.

Though the series will be available on both platforms, Tving and Paramount+ have yet to decide whether “Yonder” will be released simultaneously.