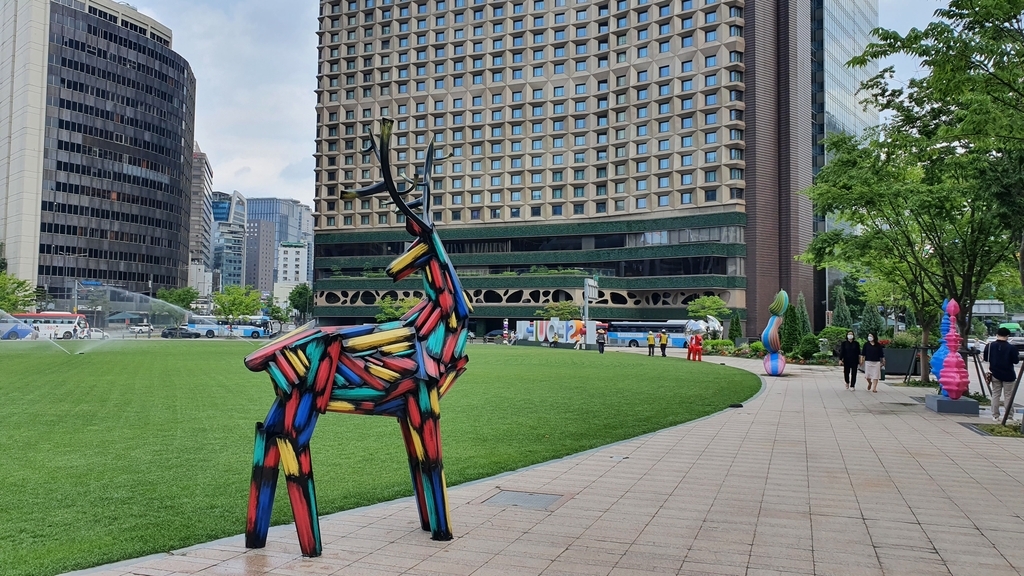 Kim Woo-jin’s “Deer” is on display at the Seoul Plaza. (Seoul Metropolitan Government)
Major outdoor public areas across Seoul – including Seoul Plaza, Nodeul Island and Hangang Park -- have been turned into exhibition spaces for sculptures.

The outdoor sculpture festival is jointly organized by the city of Seoul and K-Sculpture, an organization promoting Korean sculptors and their works, according to the Seoul Metropolitan Government on Friday.

Some 10 works will be on display at Seoul Plaza, including Kim Woo-jin’s “Deer,” Kim Tae-soo’s “Ecoflow Triple Harmony” and Shim Byung-Gun’s “Pressed Drawings.”

Since April, Seoul Plaza has also been transformed into an outdoor reading space every Friday and Saturday. Some 3,000 books are on display for anyone to read. Beanbags are scattered across the lawn.

Sculptures at the Seoul Plaza will be on display through July 5.

Nodeul Island showcases 15 sculptures in line with the upcoming 24th Seoul Drum Festival, also held on the island on Friday and Saturday. A series of performances and a drumming competition will be held for three hours, beginning at 6:30 p.m.

Nodeul Island will showcase the sculptures through July 11.

Across many areas within Hangang Park, sculptures will be on display through October. 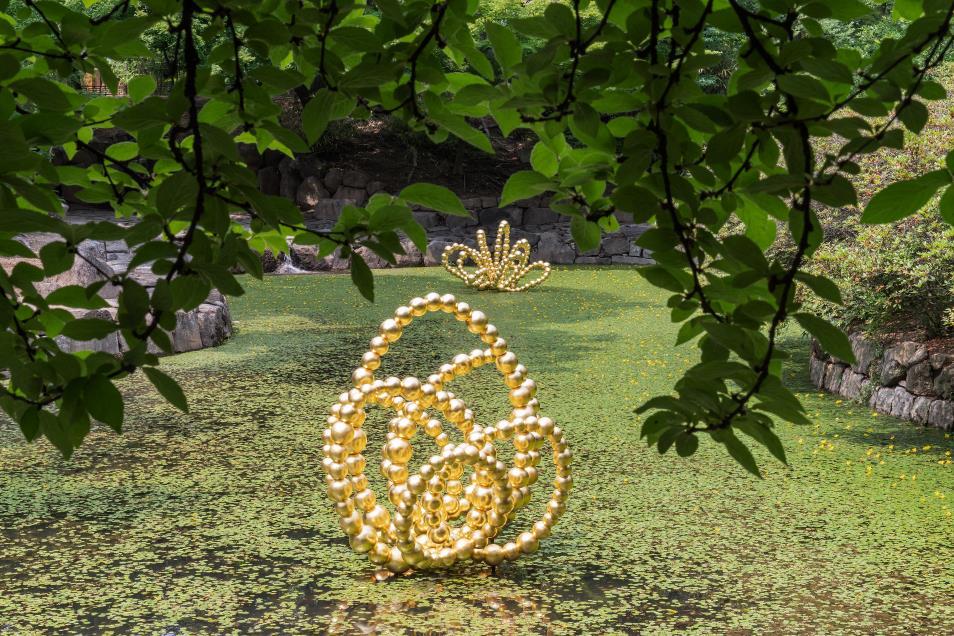 An installation view of Jean-Michel Othoniel's “Gold Lotus” and others, at Deoksugung, central Seoul.(Yonhap)
By Kim Hae-yeon (hykim@heraldcorp.com)