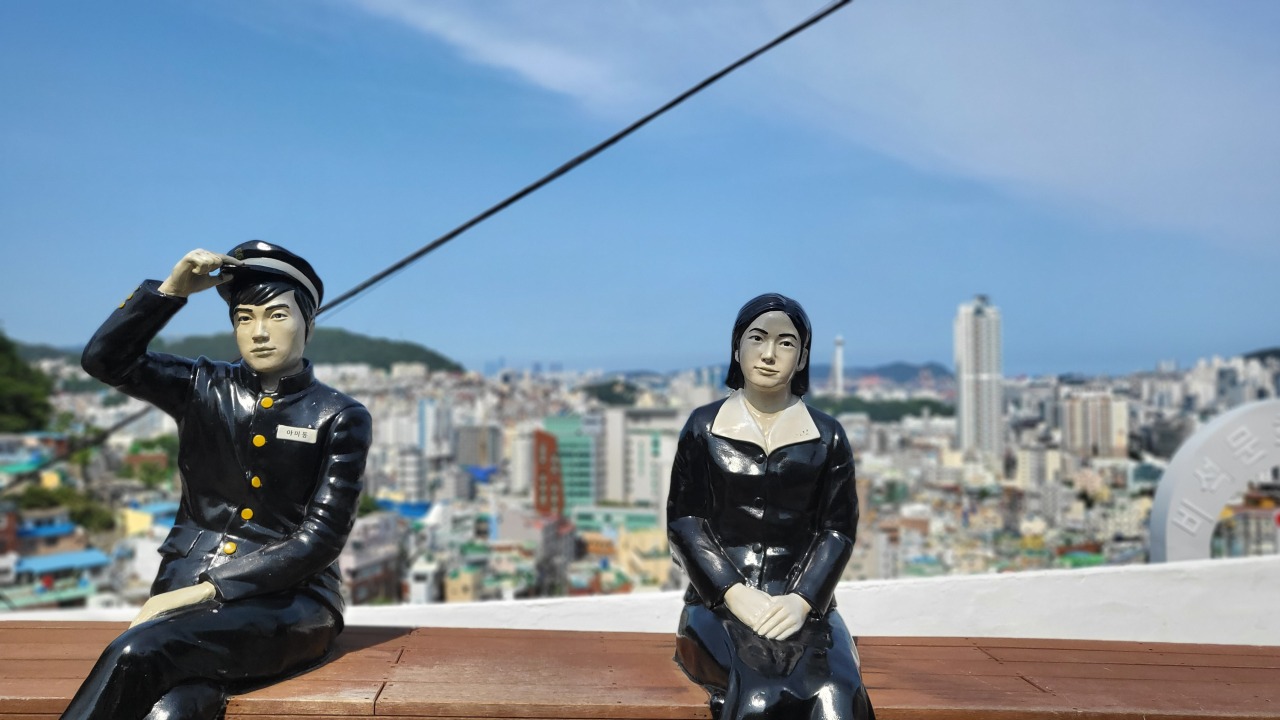 A view from nearby the Ami-dong Tombstone Culture Village, on June 9, in Seo-gu, Busan. (Kim Hae-yeon/ The Korea Herald)
BUSAN -- “Oiso, boiso, saiso!” merchants call out at the alleys of Jagalchi Market, the port city’s largest fish market, as they have for decades. The boisterous shouts that mean “Come, look around, and buy,” attract visitors with a friendliness that is increasingly difficult to find in large metropolises.

The city’s dynamic and diverse culture dates back to when Korean War refugees flocked to the southern tip of the Korean Peninsula. The distinctive characteristics of the new settlers from all parts of the country intermingled in Busan, creating a unique narrative of the city.

Like any other city, it would take more than a day for first-time visitors to Busan to fully immerse themselves in the city. But for those who want a Busan 101 that can be crammed into a day, getting to know the city’s history by day and spending time by the sea after sundown might be one way to get appreciate the dynamic city. 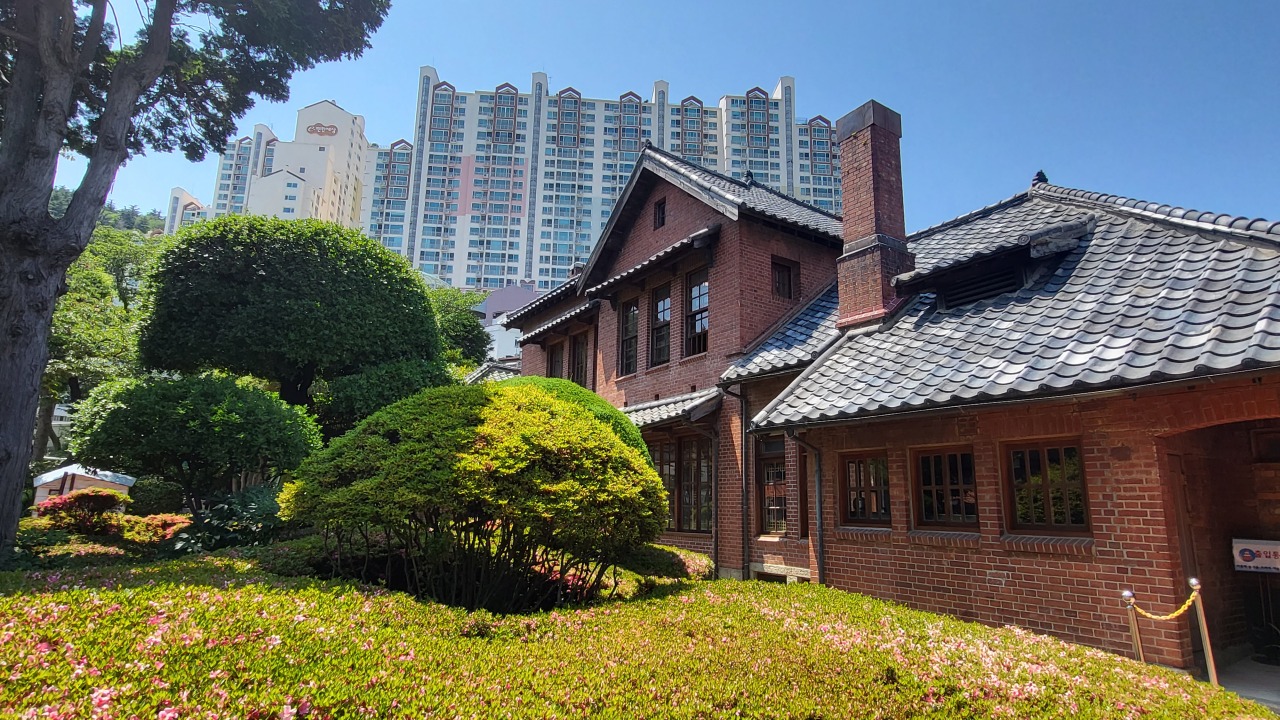 Originally built as a governor‘s residence in 1926 during the Japanese colonial period, the compound was later used as the official residence of President Rhee Syngman during the Korean War when Busan served as the wartime provisional capital.

Japanese architectural style and designs can be easily found on roofs. Some of the trees in the garden by the entrance are also those used in Japanese gardens.

Heading toward the back of the compound, you will see a number of photos, archival records and other paraphernalia that show the difficult lives of the refugees who arrived in Busan during the Korean War. 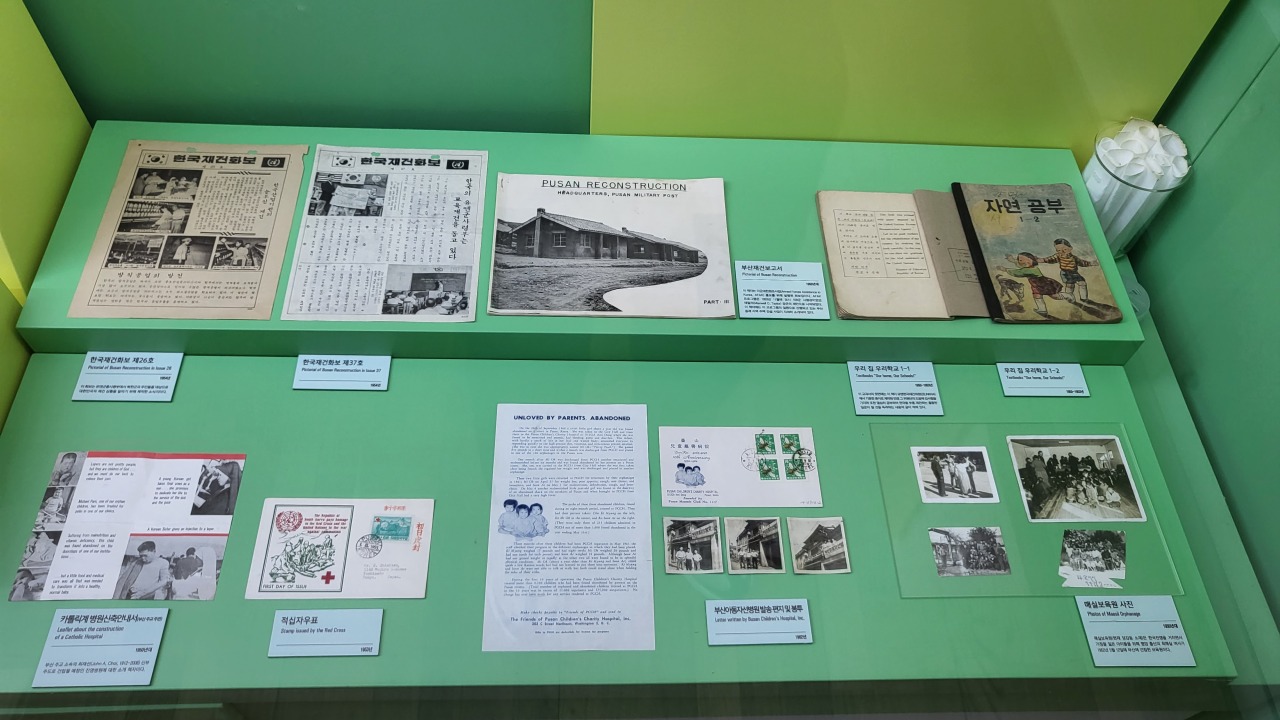 Photos and letters from hospitals and orphanages in Busan the 1950s are on display at the Provisional Capital Memorial Hall. (Kim Hae-yeon/ The Korea Herald)
Ami-dong Tombstone Culture Village 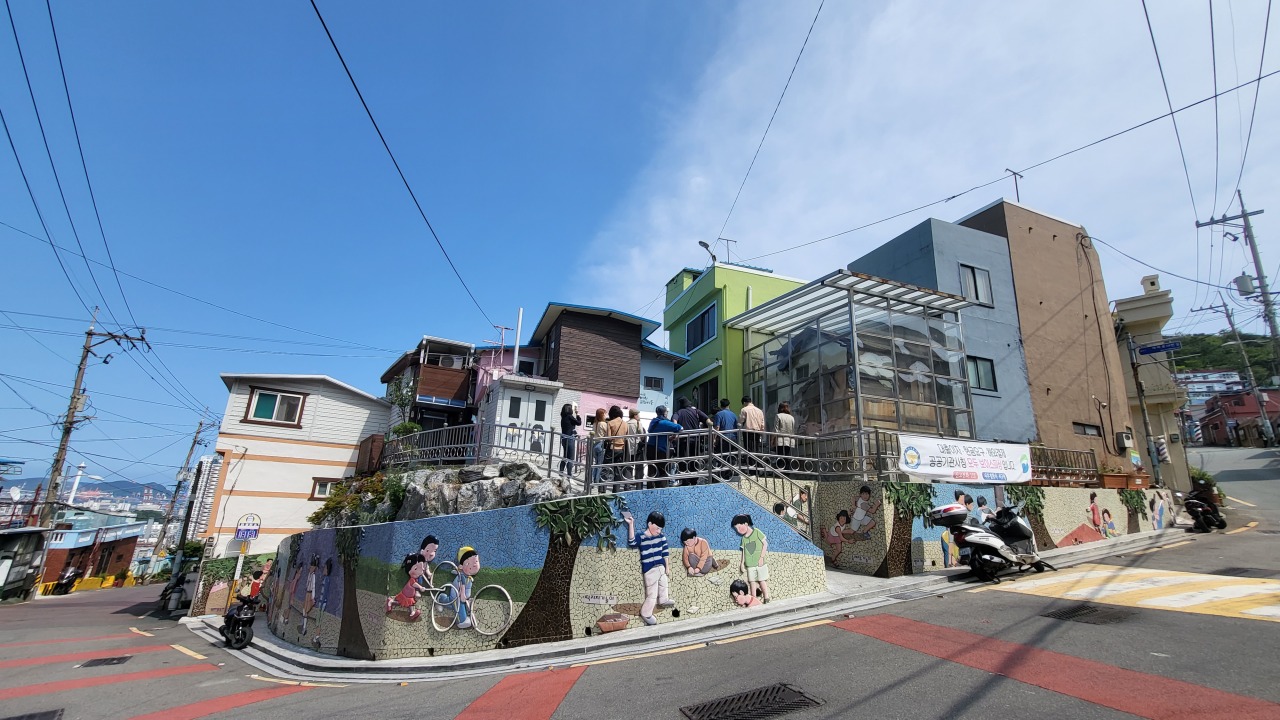 Ami-dong Tombstone Culture Village, an enclave of Korea War refugees, is located on a mountainous neighborhood in Seo-gu, Busan. (Kim Hae-yeon/ The Korea Herald)
Two painful periods in the 20th century overlap at a mountainside village.

The Ami-dong Tombstone Culture Village, located just one kilometer away from the Provisional Capital Memorial Hall, was a refugee enclave during the Korean War.

In January, the village was designated a Cultural Heritage by the city to commemorate the turbulent period of Korean history.

Refugees who could not afford proper housing moved into the site of the Japanese cemetery, using tombstones and other graveside ornaments as building materials. Most of the tombstones in the area were erected in the 1910s, according to studies.

“One thing the residents never forgot was to pay respects to those buried under their homes. They took turns each day to conduct memorial rites with a bowl of rice and water,” Son Min-soo, a travel writer and CEO of a travel agency in Busan, told The Korea Herald.

Most homes now operate as exhibition venues where visitors can learn about the history of the place while walking through the village alleys.

Tombstones were used to build the foundation for the hastily put up houses and Japanese names and family symbols inscribed on stones can spotted at the bottom part of houses or stairs.

To not disturb the elderly residents, visitors are asked to keep their voices low while walking around the village.

A few minutes down the road is Cheonmasan-ro Observatory Deck, where a panoramic view of Busan unfolds. 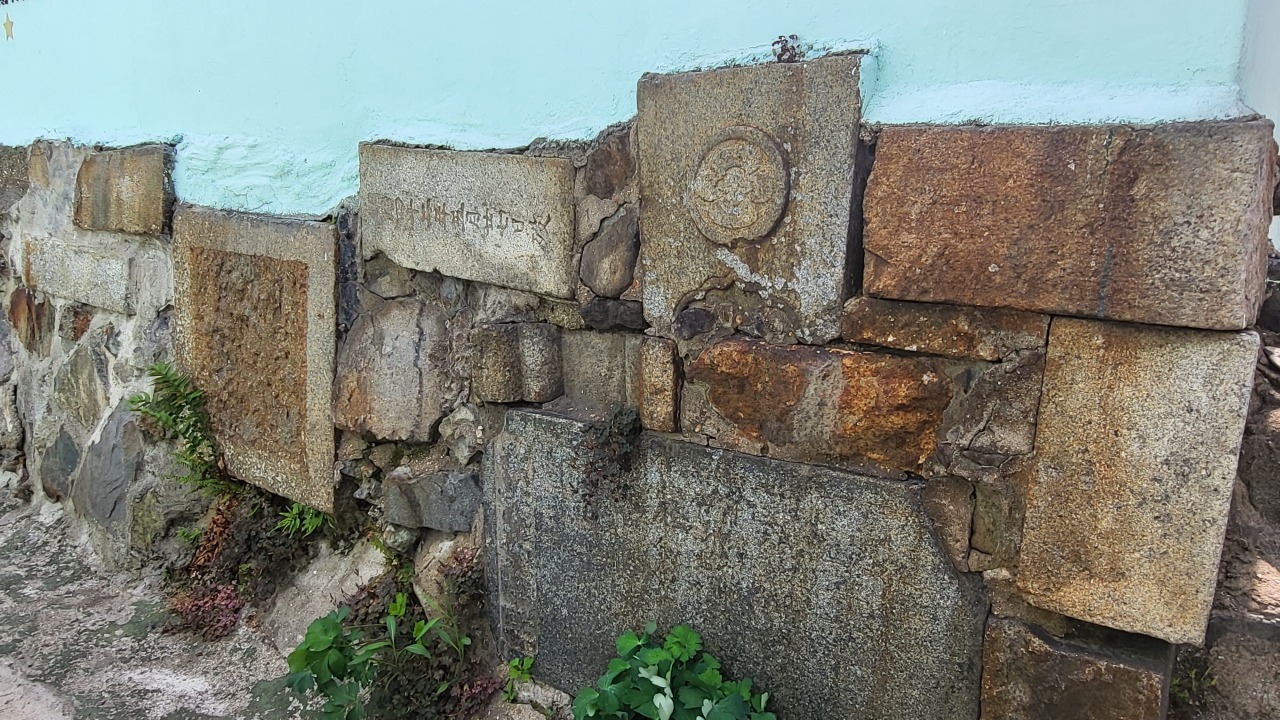 The names and symbols of a deceased Japanese family are inscribed on tombstones at one of the houses in Ami-dong Tombstone Culture Village. (Kim Hae-yeon/ The Korea Herald)
F1963 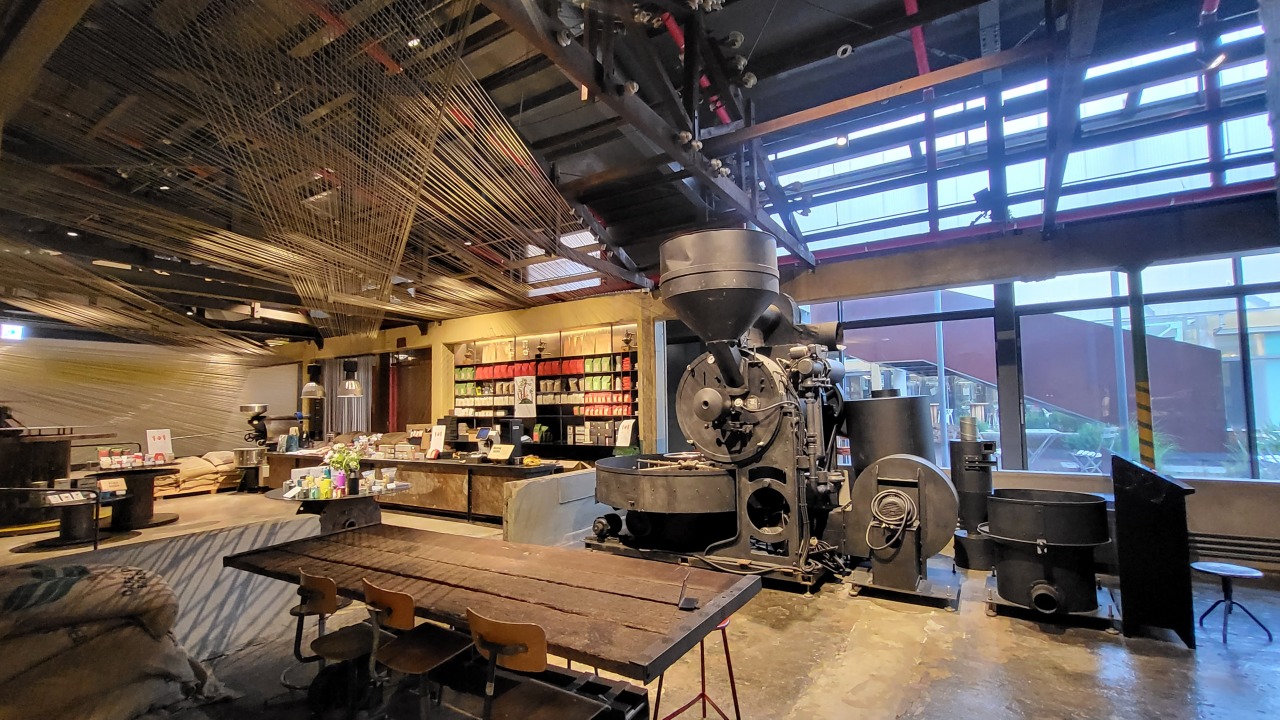 Wires from the former factory are used to decorate the Interior of F1963. (Kim Hae-yeon/ The Korea Herald)
Suyeong Factory, a former wire rope factory that Kiswire, also called Goryeo Jegang opened in 1963 was turned into a cultural complex in 2016.

Countless wire ropes in zig-zag forms at the entrance to the hallway symbolize the 45 years of factory operations until it was closed in 2008.

At the central court yard, visitors can sit under parasols, enjoying the sunlight and fresh air.

Cafes, bookstores, art galleries and theaters are lined up on either side of the long hall. A forest garden is located at the end, featuring a green-themed library.

Urban design architect, Jo Byeong-su, who took part in creating F1963 incorporated details of the original factor for the visitors to reminisce the past.

The wooden truss and iron plates formed the factory roof have been repurposed as benches and signs to mark directions. 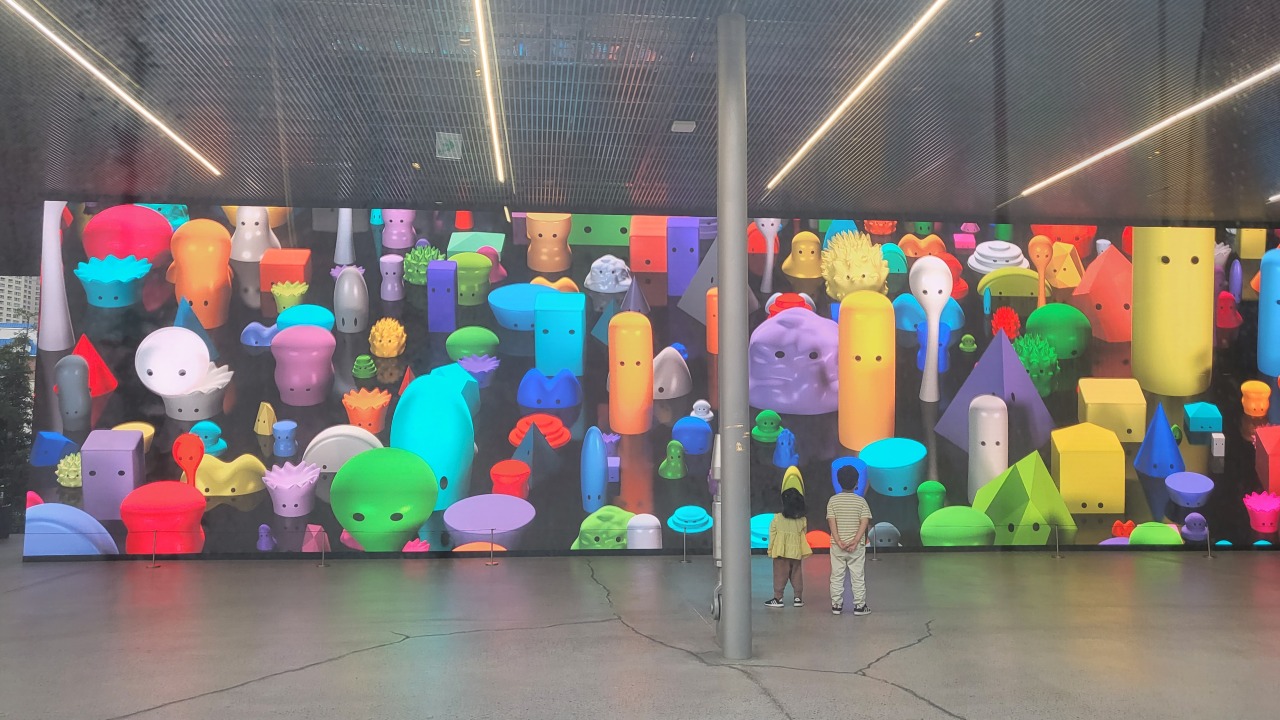 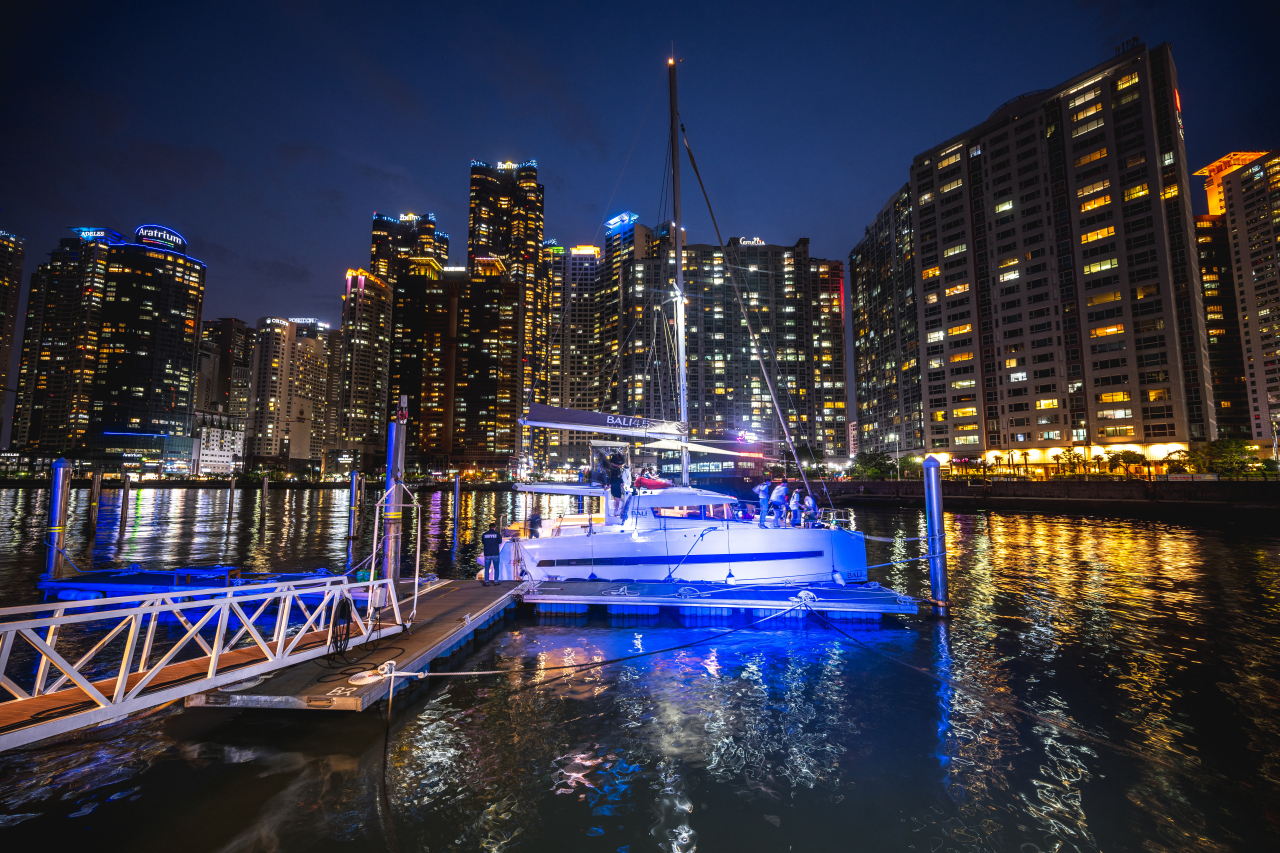 A yacht is anchored at the Bay 101 Yacht Club (KTO)
The highlight of the one-day tour is perhaps the stunning night view accompanied by a fresh sea breeze.

The Bay 101 Yacht Club has stores, food and drink venues and rooftop bars for visitors to hang out at through the night, before and after enjoying yacht tours.

The yacht tour includes a 20-second fireworks event that the crew prepare as the yacht reaches the landmark Gwangan Bridge.

Public yacht tours last about an hour and depart on the hour from 10 a.m. to 10 p.m.

Private yachts tours can accommodate up to 25 people, with complimentary snack and beverage service onboard.

Public yacht tours cost 20,000 won per person, during daytime. Private tour rates start at 500,000 won for a group of two to 10 people, during the peak summer season.

Reservations can be made online through the yacht club’s official website.