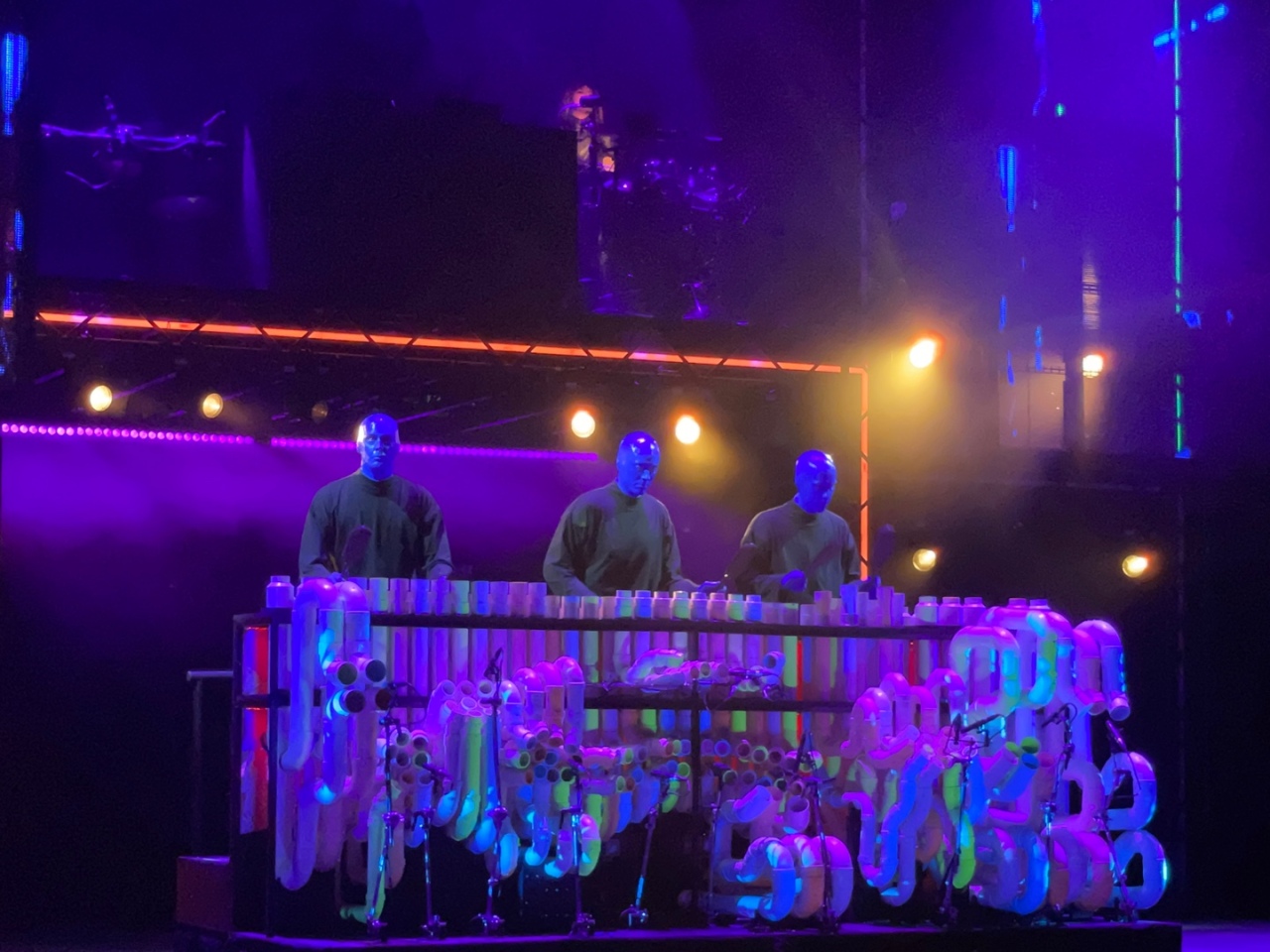 The Blue Man Group, a nonverbal stage show that blends art, technology, music and comedy, finally returns to South Korea after a pandemic-induced delay, marking their first time back since 2008.

The show “that is not meant to be taken too seriously” will provide a pleasure and fun to Korean audiences as the three bald and blue characters with a special vision explore the world without words.

The Blue Man Group features three bald and blue characters, a result of an hourlong makeup session prior to the show, who explore the world and discover music, comedy and surprises at every turn.

Two veteran Blue Man actors told the press on Wednesday that one of the most challenging parts is holding back laughter on stage, because sometimes the show is just too funny.

“We’re supposed to maintain a neutral or serious face but the show can be so funny. So the most difficult part is not to laugh,” said Barney Haas, who has been with the Blue Man Group since 2012.

The shows give special attention to mundane objects such as plastic pipes and marshmallows, and in the process stimulate audiences’ interest and curiosity.

“‘The Blue Man’ really likes to use objects that, to humans, might seem mundane or boring, and the Blue Man with his special vision of things kind of elevates things up to a level of higher importance and higher meaning, so we can find a lot of joy,” Hass added.

In 2008 when the Blue Man Group visited South Korea for the first time, it was a special performance called “The Mega Star World Tour,” which was more like a rock concert, said Scott Speiser, one of the five group members visiting South Korea now. This tour will be closer to the original, more theatrical production than a concert, he said.

While maintaining the essence of the 31-year-old show created by three men, the Blue Man Group changes not only city by city, but also night by night, the actors said.

“We consider the audience as the fourth Blue Man. The energy of the show changes the show. It’s not supposed to be taken too seriously,” Speiser said.

Speiser, an American actor who has been part of the show for 16 years, added. “I expect Korean audiences to have fun.”

Since its debut in 1991 in New York, the show has been performed in front of more than 35 million people around the world. The group has been on a world tour since Cirque Du Soleil, a Canadian entertainment company and a contemporary circus producer, acquired the show in 2017.

The 90-minute show without an intermission runs until Aug. 7 at Coex Artium in southern Seoul from Wednesday to Sunday every week.