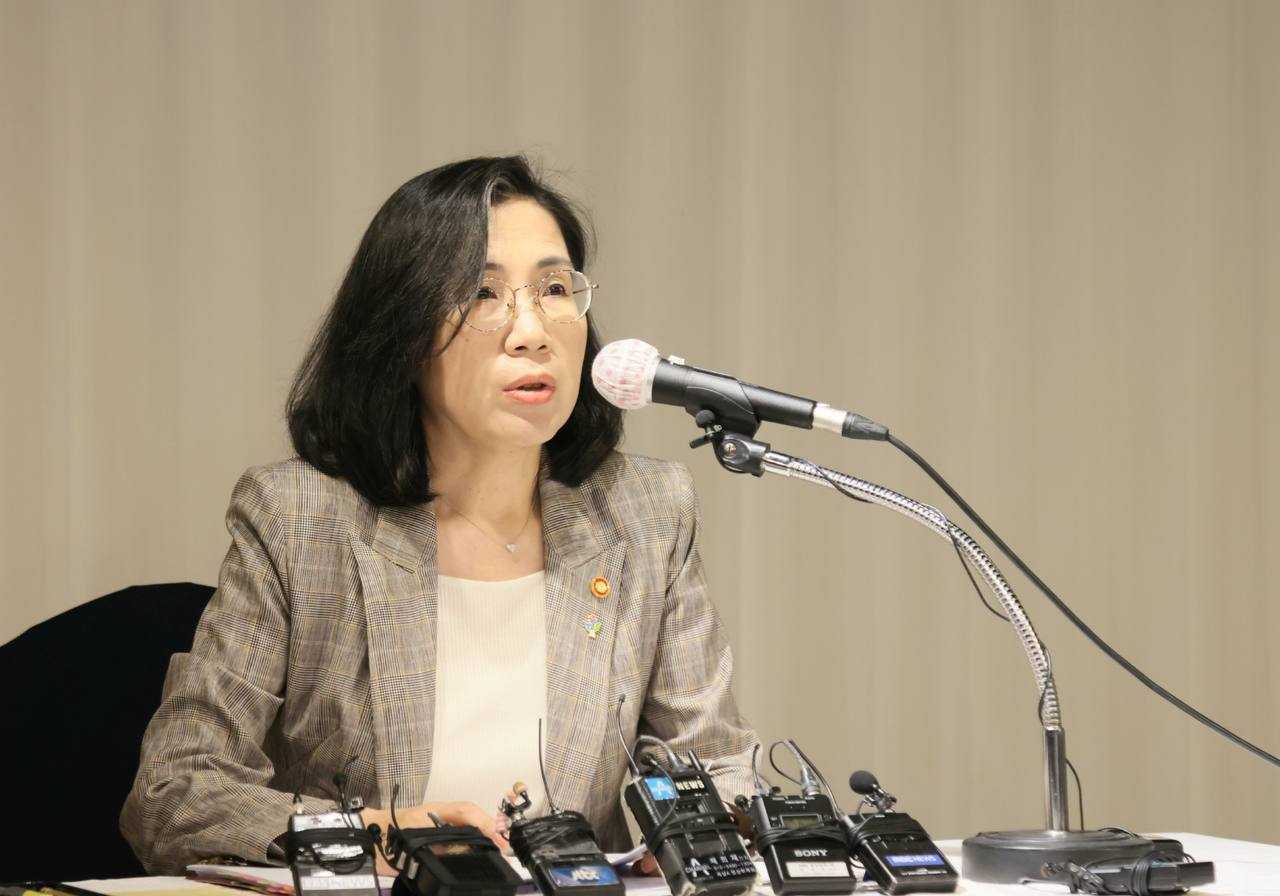 “Things have changed over time, and the abolition of the ministry will clearly come,” Gender Equality Minister Kim Hyun-sook told reporters at a press event in central Seoul, though she said that there has not yet been detailed discussion on its abolition. Kim is a former lawmaker who has been in office for a month.

Abolishing the ministry was one of the biggest pledges by President Yoon Suk-yeol during his presidential election campaign.

Kim has been with Yoon since the beginning of his election campaign, advising on his election pledges including the abolition of the ministry.

“After taking office, I met with officials who work on the ground and listened to their opinions and difficulties. I have learned that we both think it is time to seek a new path,” she said.

“The institution’s functions will not be discarded, but will be transitioned,” Kim said. “To set a new paradigm for the ministry, a new task force team will be launched Friday for more active communication.”

The task force team, consisting of ministry officials, will hold meetings discussing the functions of the ministry through debates and expert lectures, the minister explained.

However, Kim clarified that a specific timeline on the abolition of the ministry has not been discussed.

“I don’t think we have to set timelines. (Abolition) is a very important issue. I have to take more opinions sufficiently to actually benefit the people,” she said.

Kim said the ministry will make a request to conduct research looking into the reasons behind gender conflicts.

“Though many think that the reasons behind the conflicts stem from economic and generational gaps, we have to work with a more thorough analysis based on scientific evidence,” she said.

“The services currently carried out by the ministry have to be continued,” she said, stressing that the ministry‘s services will be transitioned, not eliminated altogether.

She added that the government will continue to provide services that “meet the needs of the people.”

Kim was a lawmaker at the 19th National Assembly for the then-Saenuri Party, the predecessor of the People Power Party. She served in the Park Geun-hye administration, and has also worked as a researcher at state think tanks.