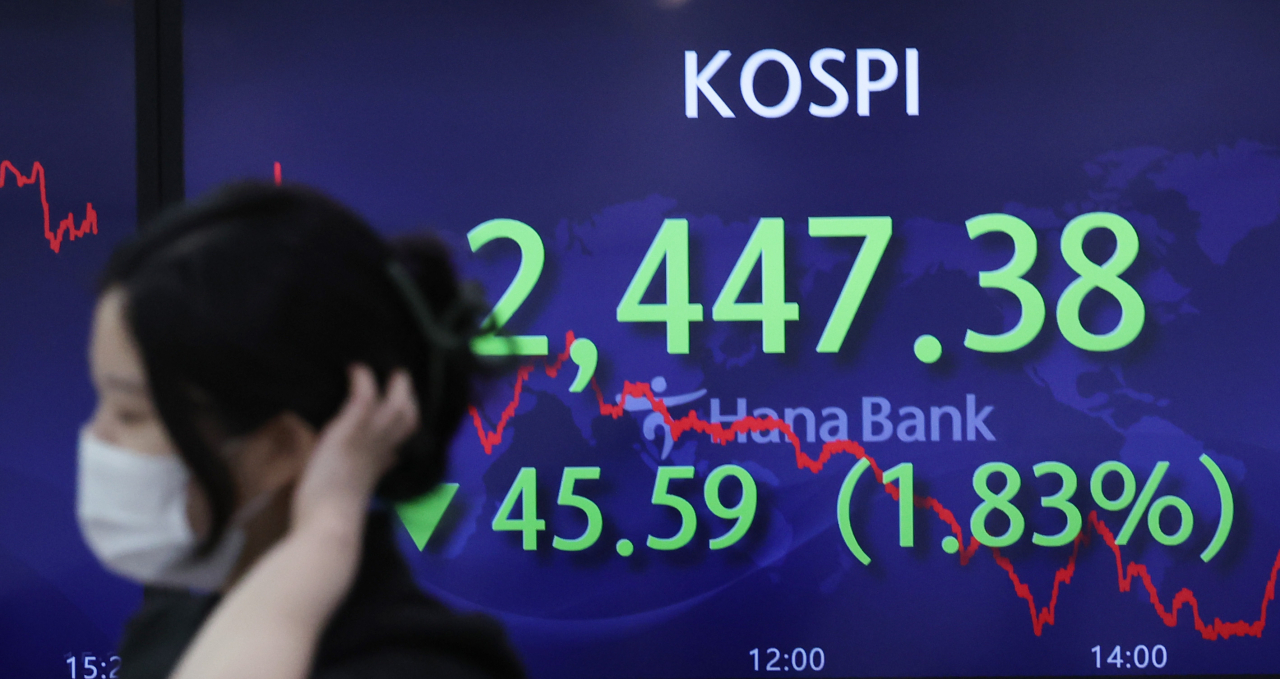 South Korean stocks sank to a fresh 19-month low Wednesday to extend their losing streak to a seventh day ahead of the US Federal Reserve's interest rate decision amid high inflation and concerns over a global recession. The local currency also fell against the US dollar.

The market opened a tad lower after Wall Street ended mixed but had extended losses on heavy foreign sell-offs.

Investors remained wary of the result of the Federal Reserve's two-day interest rate-setting meeting set to end Wednesday (US time) amid the prospect that the US central bank would raise the key rate by 75 basis points to tame the surging inflation.

If the Fed does that, it would be the first time since 1994 that it raised the rate by three-quarters of a percentage point at a time, a move expected to accentuate its concerns over runaway inflation.

"Investors want to check what path the Fed will take on monetary policy down the road amid deepening concerns over a global economic downturn and if it is willing to take responsibility for high inflation," Lee Woong-chan, an analyst at Hi Investment & Securities, said.

In Seoul, most big-cap shares traded lower, with tech shares leading the fall.

But carmakers gathered ground, as unionized truckers ended their weeklong strike Tuesday following an agreement with the government upon their continued push for a freight rate system that guarantees basic wages for truck drivers amid surging fuel prices.

The local currency ended at 1,290.5 won against the US dollar, down 4.1 won from the previous session's close. (Yonhap)