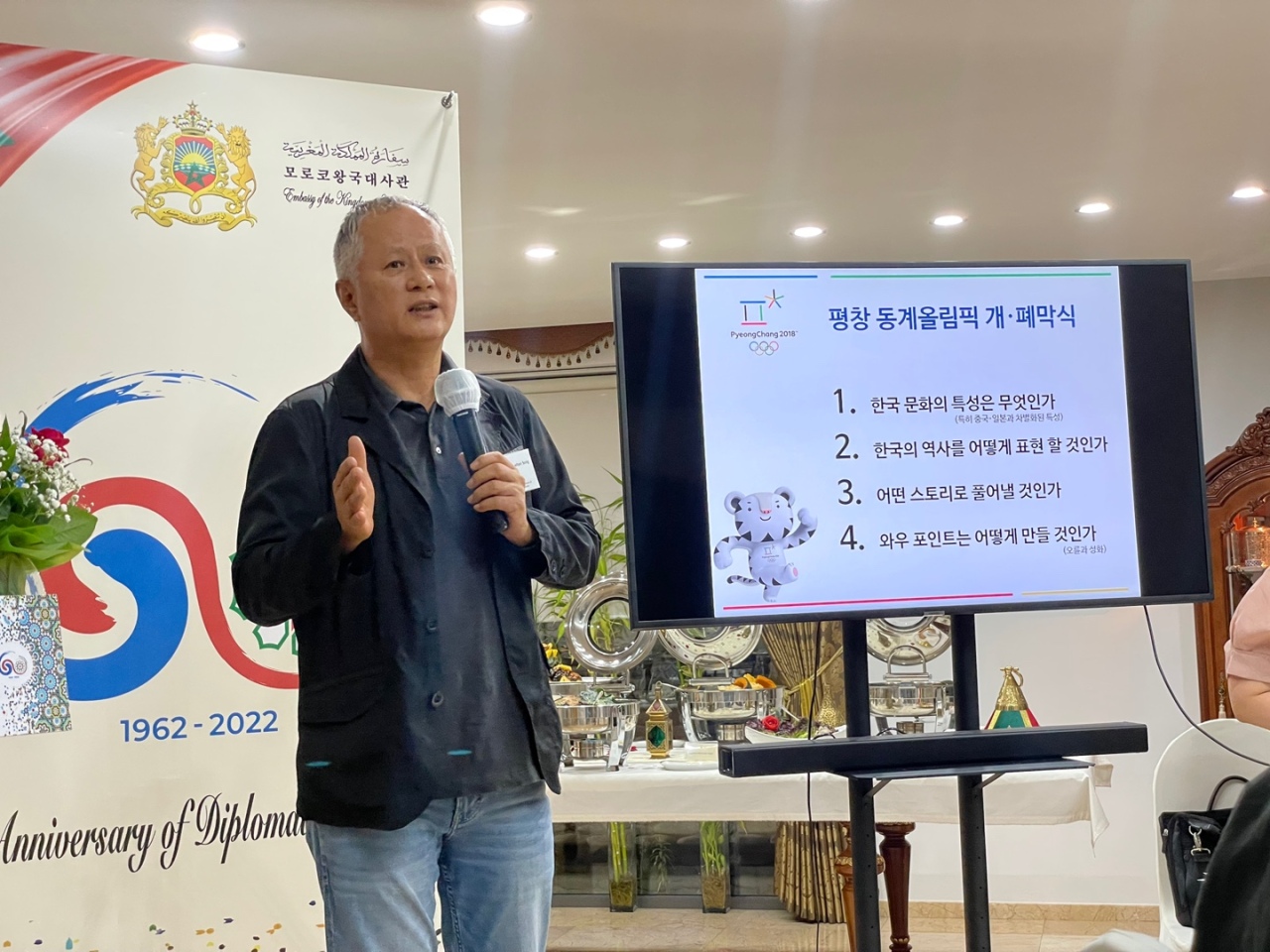 Song Seung-hwan, CEO & artistic director of PMC production, speaks during a lecture titled “Our Culture is Our Competitiveness,” at the residence of Morocan Ambassador on Tuesday. (Park Ga-young/The Korea Herald)

The nonverbal show “Nanta” is returning after two and a half painful years of hiatus, according to Song Seung-hwan, the creator of the long-running hit on Tuesday.

“After 22 years of a great run, we surrendered to the impact of COVID-19. But we‘re coming back this summer,” Song, CEO & artistic director of PMC Production.

“Nanta” will be back on stage in July in South Korea at the exclusive Nanta Theaters in Myeongdong in Seoul and Jeju.

Song said that the inspiration to create this unique show, which blends food and music, came from the world around him. Some of these influences include the sound of his mother dicing food on a chopping board, his father’s chopsticks beating a rhythm on a table in time with his joyful drunken signing, and South Korea‘s samul nori, a percussion ensemble made up of four traditional instruments.

“Nanta” premiered in 1997 and became one of the most popular performing arts shows in Korea for its unique blend of comedy and drama in the kitchen.

In addition to returning to Korean stages, Song will also take the show to Broadway’s Victoria Theatre. Originally called “Cookin‘” in 2003, the Broadway version of the show will now be known as “Cookin’ Nanta.” It is expected to run for seven weeks starting Oct. 13. After its Broadway run, the show might also travel to Las Vegas.

Speaking at an event held at the residence of Moroccan Ambassador Chafik Rachadi, veteran actor Song his experiences of performing “Nanta.”He also spoke about directing the opening and closing ceremonies of the 2018 PyeongChang Winter Olympics. 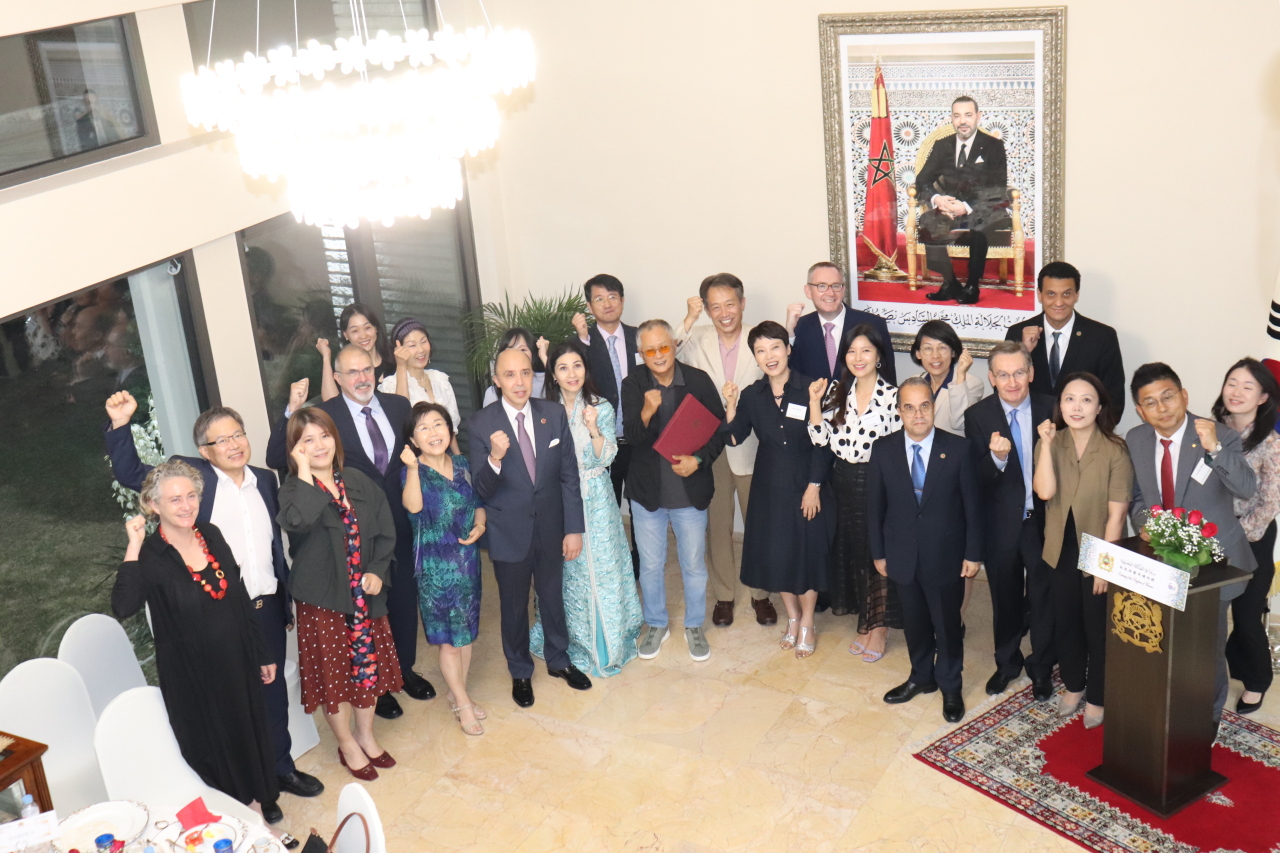