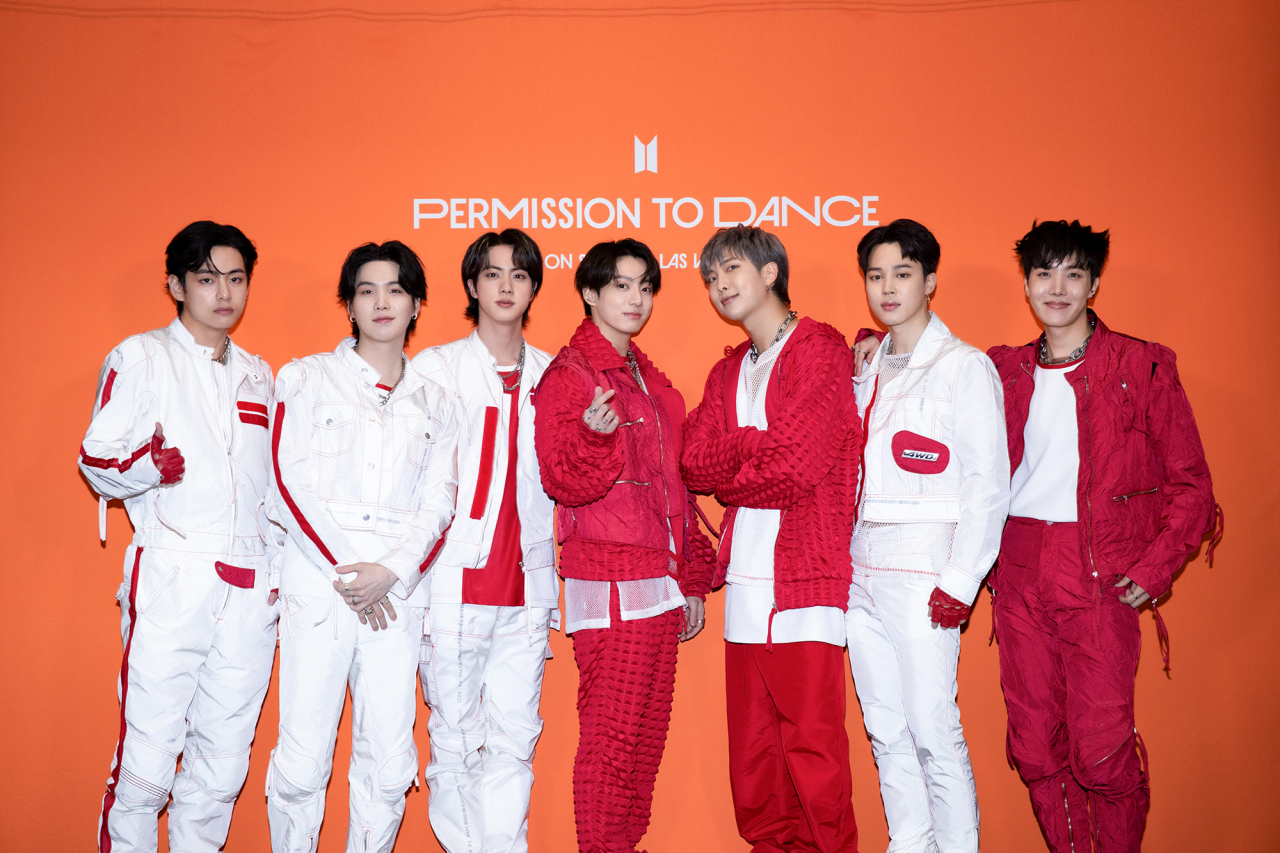 BTS poses for pictures before holding a concert in Las Vegas in April (Big Hit Music)
Shares of Hybe, the agency behind K-pop sensation BTS, fell almost 25 percent on Wednesday, rattled by the boy band’s announcement that it will take time off from group activities to pursue solo projects.

It had opened at 168,000 won after closing at 193,000 won in the previous session. Within the first hour of trading, the shares plummeted to 140,000 won, over 25 percent lower from the previous closing and shedding $1.7 billion off its market value.

Following its market debut on benchmark index Kospi in October 2020, with an initial public price set at 135,000 won per share, Hybe quickly became a popular choice for retail investors and K-pop fans alike. It soared to an all-time high of 421,500 won in November, but its value has since more than halved, affected by the Kospi market turning bearish and the news of BTS members’ pending mandatory military services.

In 2021, BTS accounted for 27 percent of Hybe’s US album sales and streams, according to the company’s fourth-quarter 2021 investor presentation.

Hana Financial Investment, a major brokerage in Korea, recently lowered Hybe‘s target price from 430,000 won to 360,000 won, citing the potential for BTS members to go on hiatus should they begin their mandatory military services early next year. Hybe’s annual revenue tied to BTS would fall by 750 billion won in this case, Hana analyst Lee Ki-hoon said in a related note.