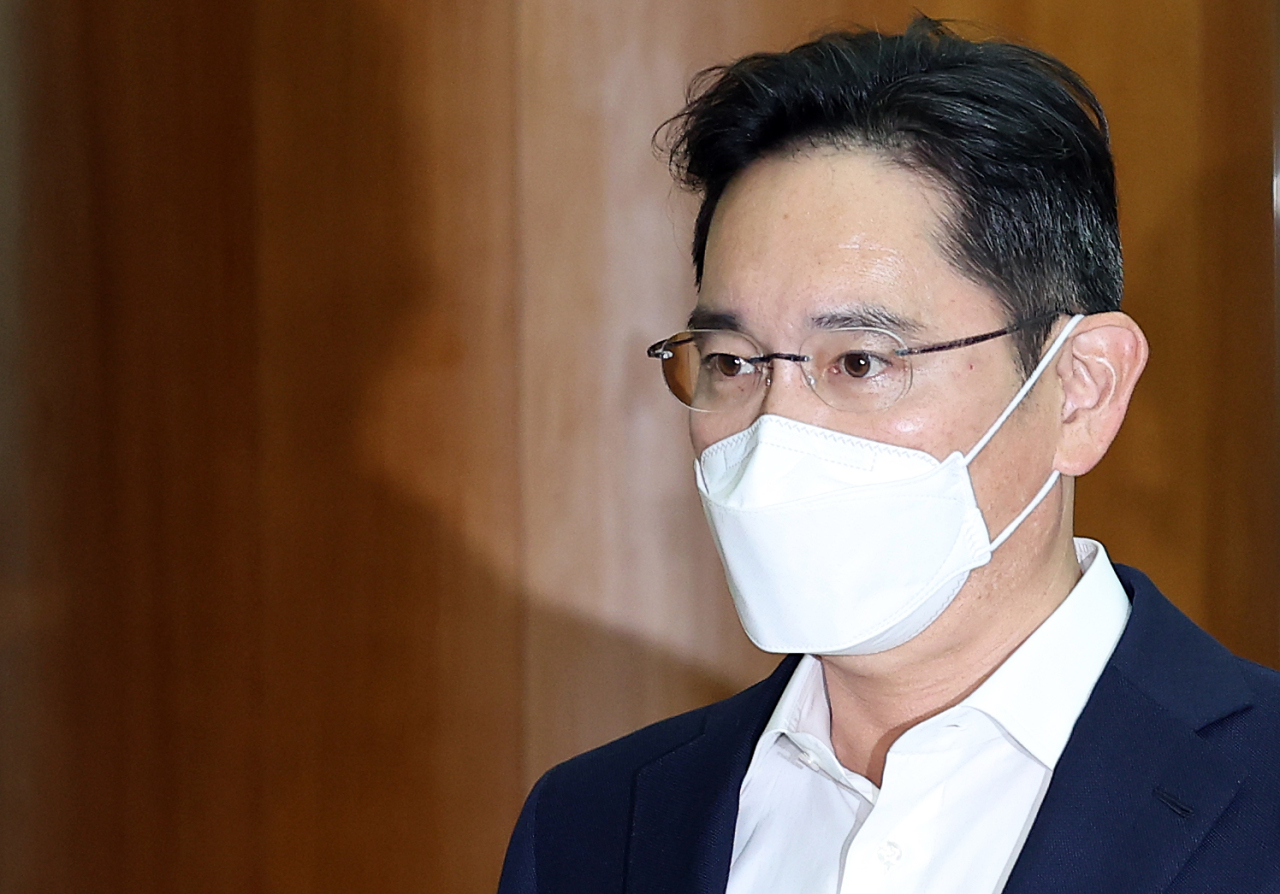 Samsung Electronics Vice Chairman Lee Jae-yong is now on a two-week trip to Europe, and is widely anticipated to be heading to the UK after Germany and the Netherlands. Once Lee’s visit to the UK is confirmed, Arm is speculated to be one of the likely destinations as part of a series of Lee’s closed-door meetings.

With over 100 trillion won ($77.5 billion) in net cash at hand and a five-year package worth 450 trillion won in spending announced, Lee is at a crossroads of “life-and-death decisions” in securing a new growth engine. The consortium investing in Arm could be an option, but it is unlikely to be a silver bullet for a rebound in Samsung’s logic chip business as it suffers a decline in shipments. Samsung is home to a family of processors under the Exynos brand.

Experts say that even if Samsung signs on with the consortium, the strategic investment would have little to do with tackling the reliance on its mobile app processor chip client, Samsung’s mobile division.

In 2021, Samsung’s annual application processor shipments were the lowest in six years, at less than 100 million mobile chips in 2021, according to an estimate by US market intelligence firm Strategy Analytics. It cited the Samsung mobile division’s shift from the Samsung logic chip division to rivals such as Qualcomm, MediaTek and Unisoc.

“I don’t think the status of Arm will change anything about the dynamics of Samsung’s processor development or market acceptance,” said Roger Kay, president and technology analyst at Endpoint Technologies Associates.

“I think (Samsung’s) distribution is rather limited, though. That is, it’s mostly used in Samsung’s own downstream products.”

Rather, a consortium investment in Arm could come as part of a long-term decision for the overall chip industry to thrive.

A visual concept image of a processor using Arm design (Arm)
Arm, which designs low-power processors used in more than 9 out of 10 mobile phones worldwide, is facing outright bids for consortium investments from chip giants such as Intel and Qualcomm, as well as Korea-based memory chip supplier SK hynix.

Arm has been one of the chip designers playing a consequential role in the global technology industry. Serving customers including Samsung, Arm has boasted originality in its mobile application processor chip design that the behemoths of the industry could not duplicate.

In November 2019, Samsung put an end to its custom Mongoose CPU design inside its own Exynos processors, three years after Intel ditched its own mobile chip design under the Atom brand.

Rumors of a Samsung investment in a minority stake in Arm surfaced in August 2020, but Samsung denied the rumor.

After US graphics chip maker Nvidia’s bid to acquire Arm for $40 billion fell through due to regulatory hurdles in February, chipmakers are making the case for a collective investment in Arm that would hamper a single entity from exercising sway over the company in order to maintain Arm’s design edge over others, including open-source RISC-V architecture.

Controlling shareholder SoftBank is looking for new investors in the cash-hungry Arm, preferably through a stock flotation in the United States by next year. But given the bearish market condition, SoftBank might have to look for a fresh source of investment in Arm.

“Everyone would breathe easier if the Arm intellectual property was deposited in a trusted entity, such as a consortium of important Arm customers,” Kay said.

“Of course, Arm licenses to Chinese companies as well, and that would not be expected to change.”

This would be reminiscent of Samsung’s 2012 decision to join forces with Intel and TSMC to buy a minority stake in chip photolithography solution company ASML.

Mike Orme, a consultant analyst on the thematic research team at GlobalData, claimed that the deal enabled ASML to bear the cost of research and development and gave birth to extreme ultraviolet equipment -- then a next-generation technology crucial to manufacturing the world’s most sophisticated chips.

Moreover, Intel Chief Executive Officer Pat Gelsinger’s talks with Samsung’s Lee at the Seoul office in May is speculated to have revolved around a consortium investment in Arm in February. Lee’s Europe trip materialized a few weeks after the meeting.

“We are in similar territory here,” Orme noted earlier this month.

“Given just how influential Arm could become if it gets the backing to sustain its R&D effort, it could command a much higher valuation than its revenue and profitability warrants.”

This is against the background of Samsung’s abundant cash coupled with its largest-ever investment package in the wake of the new right-wing Yoon Suk-yeol administration, as well as US President Joe Biden’s apparent bid to revitalize chip alliances with Asian countries to counter China, as seen in Biden’s trip to Asia in May.

Samsung Electronics’ net cash came to 107 trillion won as of the first quarter this year. That could be used as part of Samsung’s five-year spending plan involving a combined 450 trillion won in chips, biotechnology and communications technology.

Samsung, dedicated to chips, mobile devices and home appliances, has been on a hiatus in strategic investments since its 2017 acquisition of Harman International for $8 billion.

Lee is scheduled to return to Seoul on Saturday.