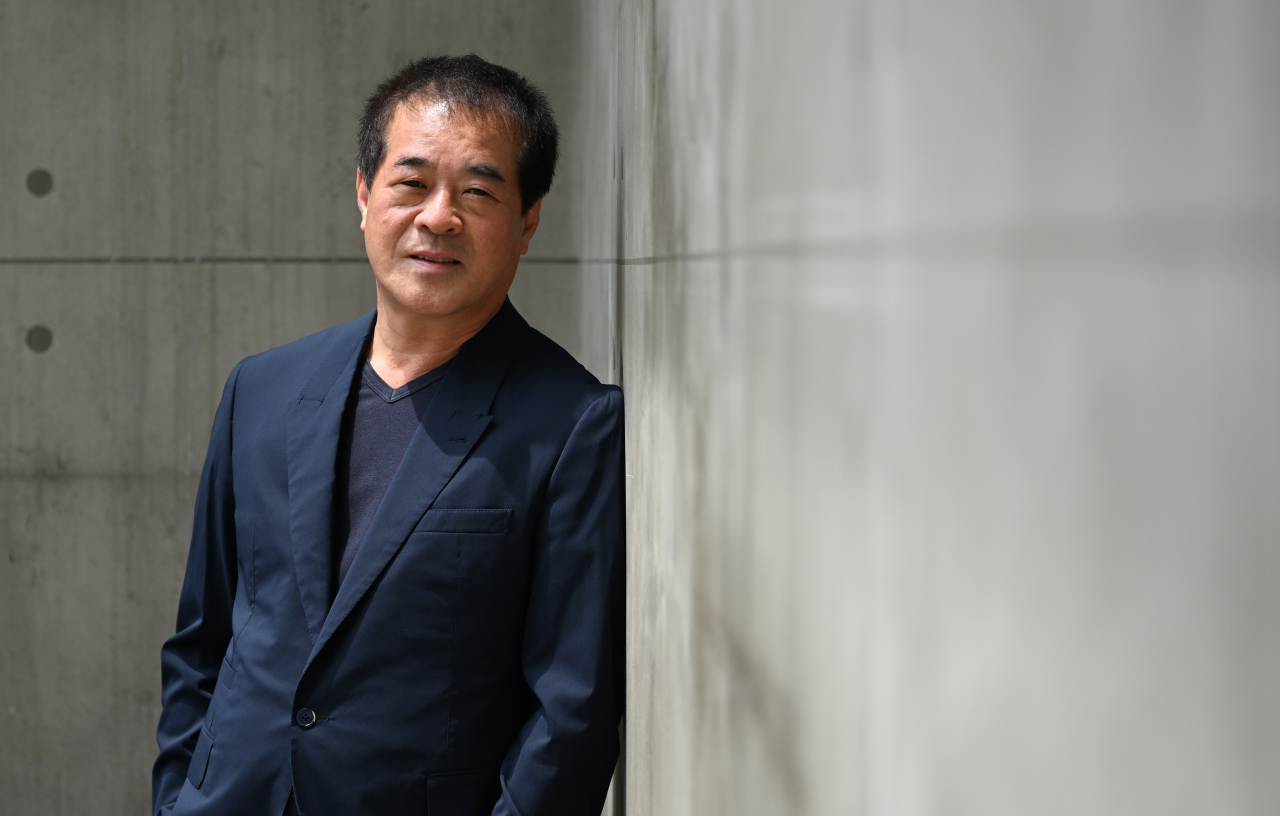 Seensee Company CEO Park Myung-sung poses for a photo during an interview with The Korea Herald on May 25 in Seoul. (Im Se-jun/The Korea Herald)
It's summer of 2022 and South Korea is finally emerging from two years of social distancing restrictions and the performing arts are coming back to life.


At a musical theater at Blue Square, the seventh revival of “Aida” is now running. Meanwhile, nine household names whose combined acting careers amount to more than 422 years are gearing up for a monthlong performance of “Hamlet,” a large theater play set to kick off July 13 at the National Theater of Korea.

“Hamlet” and “Aida” are different genres of performing arts, but the productions are both the brainchild of Park Myung-sung, CEO of Seensee Company.

The two shows also represent Park's career spanning 40 years - 33 years as one of the most influential musical producer that created many hit muscals including "Aida" and 40 years as play producer who has the power to gather nine veteran actors in a never before seen collaboration for "Hamlet."

Seensee, meaning “the city of gods,” a term that appears in “Samguk Yusa,” or “Memorabilia of the Three Kingdoms,” was initially a theatrical group dedicated to stage plays. When Park, a once-aspiring actor whose acting career never took off, took the reins of the company in 1999, he turned it into a musical production company.

The transformation coincided with the success of “The Life,” the first licensed Broadway show that Park brought to South Korea. In 1998, he recalled, South Korea was a black hole of intellectual property rights where outdated Broadway shows, 30 to 40 years old, were staged without proper licensing.

After “The Life,” the beginning of his over three decadeslong musical production journey, Park staged many other licensed Broadway and West End musicals, including “Mamma Mia!,” “Billie Elliot,” “Rent,” “Aida,” “Chicago” and “Matilda.” Seensee has also produced original musicals such as “Arirang,” based on Jo Jung-rae’s popular novel of the same title, and “Dancing Shadows,” which Park noted as one of his biggest failures which taught him many lessons.

Seensee has many stage plays in its portfolio. For the first 10 years, the company, then called the Seensee Musical Company, focused solely on musical productions. However, Park decided to go back to doing plays not only because plays were what made him fall in love with the stage but also because they provide a greater challenge.

“Making a good play is way harder than making a musical. The ability to make a good play is a foundation for creating a good musical,” Park said, adding that his company’s devotion to plays is what differentiates it from others.

And it is no coincidence that a big project to create original musical was inspired by a stage play.

Fascinated by late playwright Cha Bum-suk’s “Forest Fire,” Park was determined to present an original musical to the world stage. He created a musical adaptation in 2007 of a love story between a widow and a North Korean military escapee set during in the Korean War. He collaborated with director Paul Garrington and playwright Ariel Dorfman -- and spent 5 billion won ($3.87 million) on the production.

The result was half a success and half a failure. Despite its sweeping success at the 13th Korea Musical Awards in 2007, winning five awards including best musical, it was a commercial flop.

“However, ‘Dancing Shadows’ was a turning point for Seensee. We learned from the process by collaborating with staff from the West End and innovated our production process,” Park recalled. 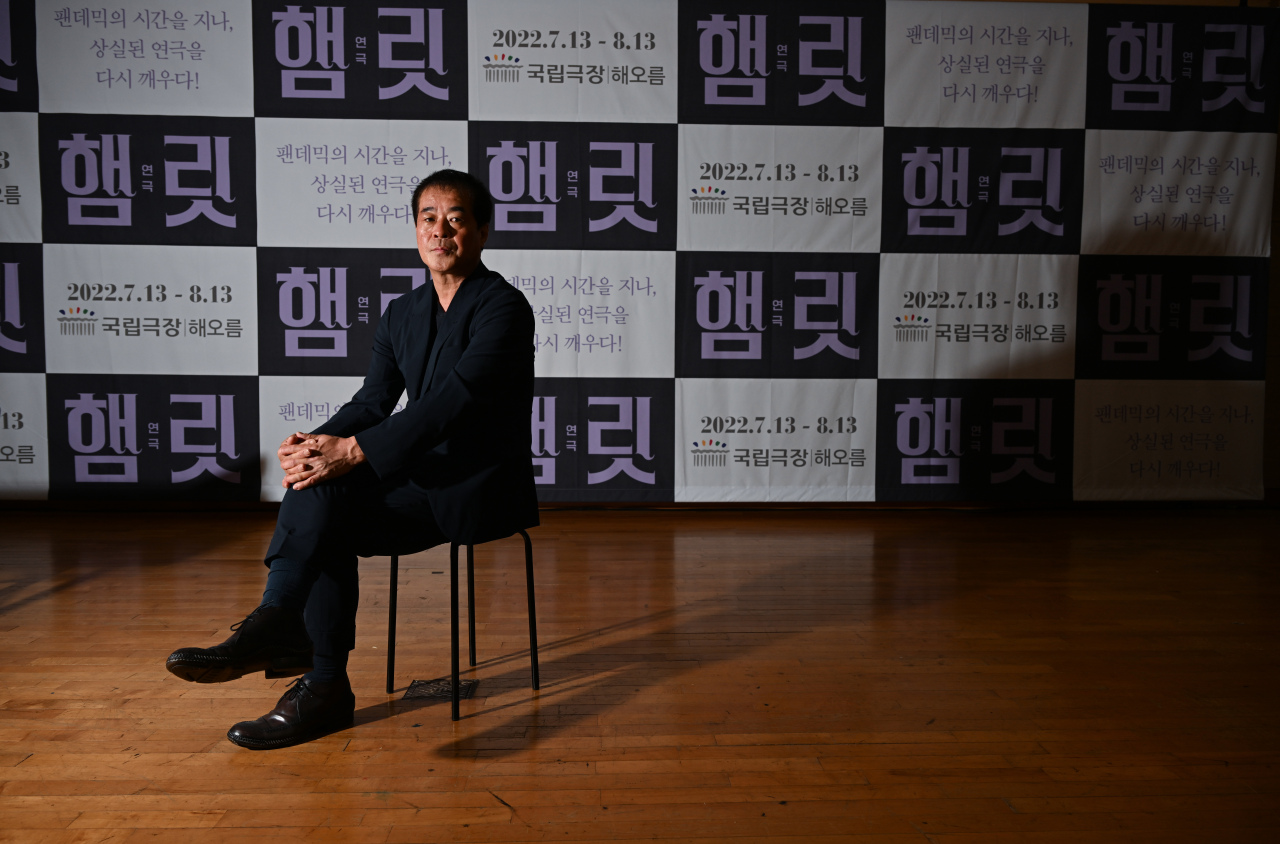 Perhaps aiming for a global stage back in 2007 was going too fast at the time. It was less than 10 years after the first licensed musical was introduced, and South Korea’s musical industry was still growing.

Now, Park believes Korea’s musical industry, which accounts for more than 70 percent of the revenue generated in the performing arts sector in the country, has great potential in the global market – but “only if producers and directors try more original works.”

The quality of performers is on par with other top markets, he said. More importantly, audiences with higher standards have driven producers and directors to pay careful attention to details.

“I think musicals can also join K-drama, K-cinema, K-gaming and K-animation, but I’m not sure if we could call them ‘K-musicals’ just yet, because it’s really been stagnant for the past several years,” he noted.

Park said he hopes to see original musicals that can touch the world with Korean content. Toward that end, Park, 59, said that producers and directors should try to create original works without being concerned about success or failure. He also hopes to create truly Korean musicals.

Park is currently working on two original musicals. One is based on the life of Han Yong-un, a 20th century poet and Buddhist reformer. The other is based on his longtime inspiration -- Gut, a Korean shamanistic ritual involving offerings and sacrifices to gods, spirits and ancestors. In particular, he is interested in bringing the purification ritual of Jindo, performed to lay a vengeful spirit to rest, to the stage.

“I want to create a musical based entirely on our melodies and also a story about people’s pleasures and sorrows. This is something only Koreans can create,” said Park, who majored in Korean dance at university. “I used to be obsessed with Gut to the point where I would travel to different parts of the country to check out regional Gut performances,” he said.

Park admits that he cannot predict the success of any production when preparing original works. “People often ask me how I pick a potential hit so well. I don’t. Thankfully, people remember me more for my successful productions, but I learn what audiences love and what resonates with them only after the show ends.

“Regardless, I will devote myself to creating these original musicals, with the mindset of creating a swan song.”