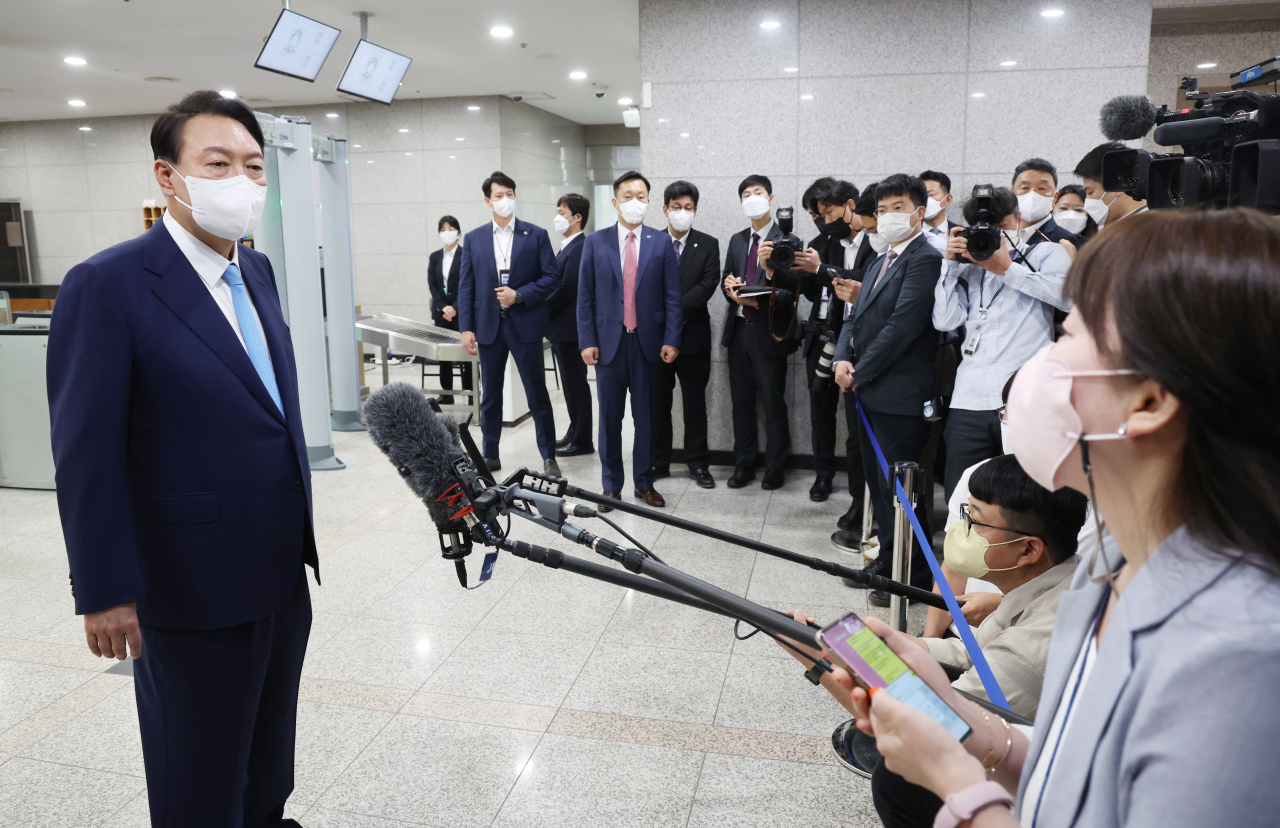 “The administration plans to take all possible steps to resolve issues on the supply side as the inflationary pressure is stemming from the supply side,” Yoon told reporters as he arrived at the presidential office.

Tuesday’s vow follows Yoon’s orders to officials “to seek ways to ease the burden on Koreans as higher inflation results in lower real wages,” at a meeting with his chief secretary held the previous day.

He warned that US inflation had hit a 40-year high of 8.6 percent last month and the average inflation rate for Organization for Economic Cooperation and Development member states in April came to a 34-year high of 9.2 percent in April.

Yoon’s order lines up with the supply chain disruptions Asia’s fourth-largest economy has been dealing with for months now, due to multiple risks including Russia’s invasion of Ukraine and surging oil prices.

The ruling People Power Party on Tuesday called for the Yoon administration to adopt ways to lower the nation’s gasoline and diesel prices without further cutting the fuel tax rate. In late May, the South Korean government expanded fuel tax cuts from 20 percent to 30 percent, but so far it has failed to rein in the gasoline and diesel price hikes.

The party demanded the government to instead increase the “elasticity” of fuel tax to curb inflation. The ruling party’s demand refers to the theory that using an “elasticity rule” to cut transportation tax -- one of the taxes on fuel -- would result in cheaper gasoline prices. Fuel tax includes transportation, energy, environment, mileage, regional and value-added taxes.

Korea’s average retail price of gasoline hit 2,068.6 won ($1.61) per liter on Sunday, a record high since Opinet, a website operated by the state-run Korea National Oil Corp., started compiling the data in April 2008.

The party also asked the administration to draw up additional measures if changes to the fuel tax fails to tame surging gasoline prices and inflation.

“The current administration must draw up bills if necessary to tame inflation,” Rep. Sung Il-jong of the People Power Party said at an intraparty meeting.

Both the nation’s fiscal and monetary policy leaders have been expressing concerns about the growing inflationary pressure, as Korea has been recovering from the COVID-19 pandemic.

The Bank of Korea last month raised its benchmark interest rate by a quarter percentage point to 1.75 percent in a bid to place a lid on inflation. This marked the fifth increase in borrowing costs since August last year.

The central bank has hinted at additional rate hikes as it projects the consumer price growth this year could hit a 14-year high.