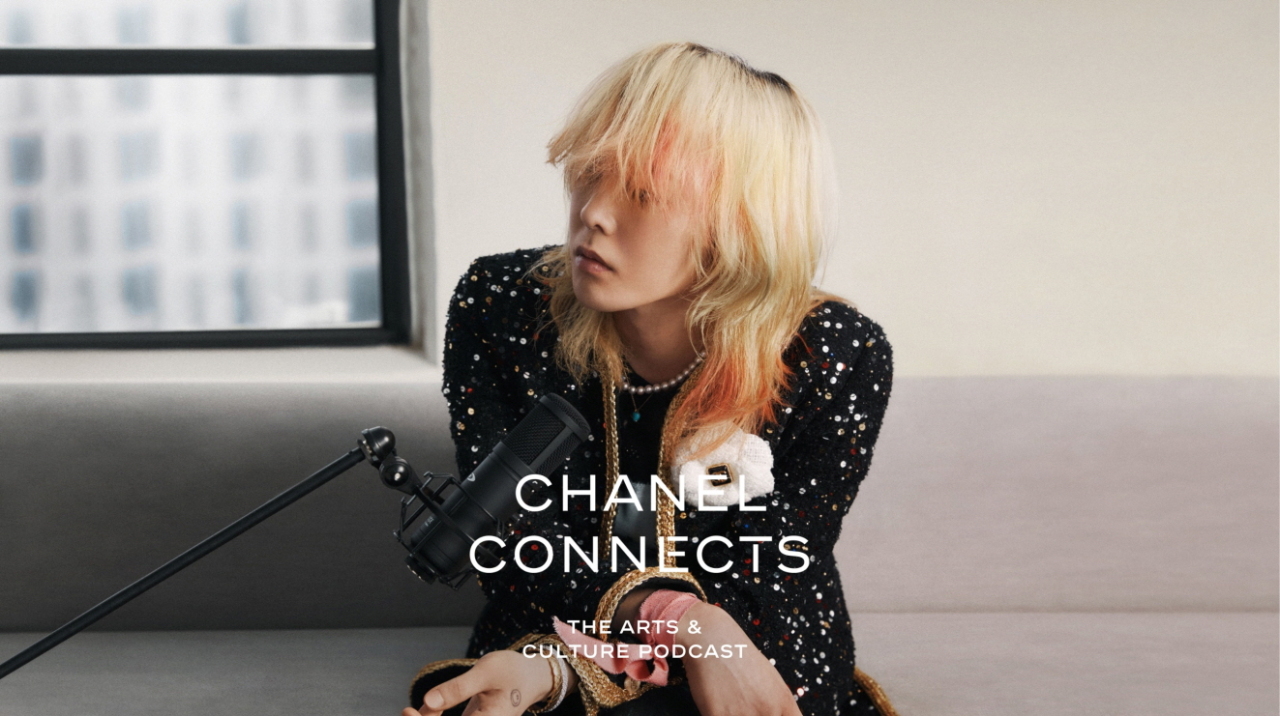 Moderated by model Park Soo-joo, one of the ambassadors for the fashion house, the episode titled “The Power of Sound and Vision” was the first-ever Korean language podcast for ”Chanel Connects.“

In the episode, G-Dragon and Hong talked about where they find inspiration, their creative processes and views on the growing impact of Korean culture. Hong has worked with many acclaimed Korean film directors such as Bong Joon-ho, Lee Chang-dong and Na Hong-jin. The films “Snowpiercer” and “Parasite” were lensed by the cinematographer.

G-Dragon has been a house ambassador and muse of the French luxury brand since 2016. The musician made an appearance at Chanel’s Cruise 2023 collection show at a Monte Carlo beach in May.

During the 39-minute podcast, G-Dragon said he, as an artist, has a “call” to create something new.

“I am the kind of person who wants to create and show a new vision rather than following the trend of the era. That is how I feel when I am creating,” he said.

“It’s the act of creating. Everyone thinks it’s possible, but for everyone who tries to make something new, that start is always up to fate or up to another external factor. There are many things that I’ve tried to start,” he added.

Hong said he found that both film- and music-making require ”rhythm,“ something he realized when working with director Bong on “Parasite,” which claimed four awards at the 92nd Academy Awards in 2020 -- best picture, best director, best international feature film and best original screenplay.

“‘Parasite’ was filmed with only one camera. I really like the feeling of operating. The director explains the rhythm in words, and I execute them with my body. Like a guitarist, like someone playing a guitar. We kept talking about these rhythms on the set, and then as I became used to it, it became the norm,” Hong said. “It’s not something I planned. It has to be done instinctively.”

The podcast is available at chanel.com and on streaming platforms Apple Podcasts and Spotify.