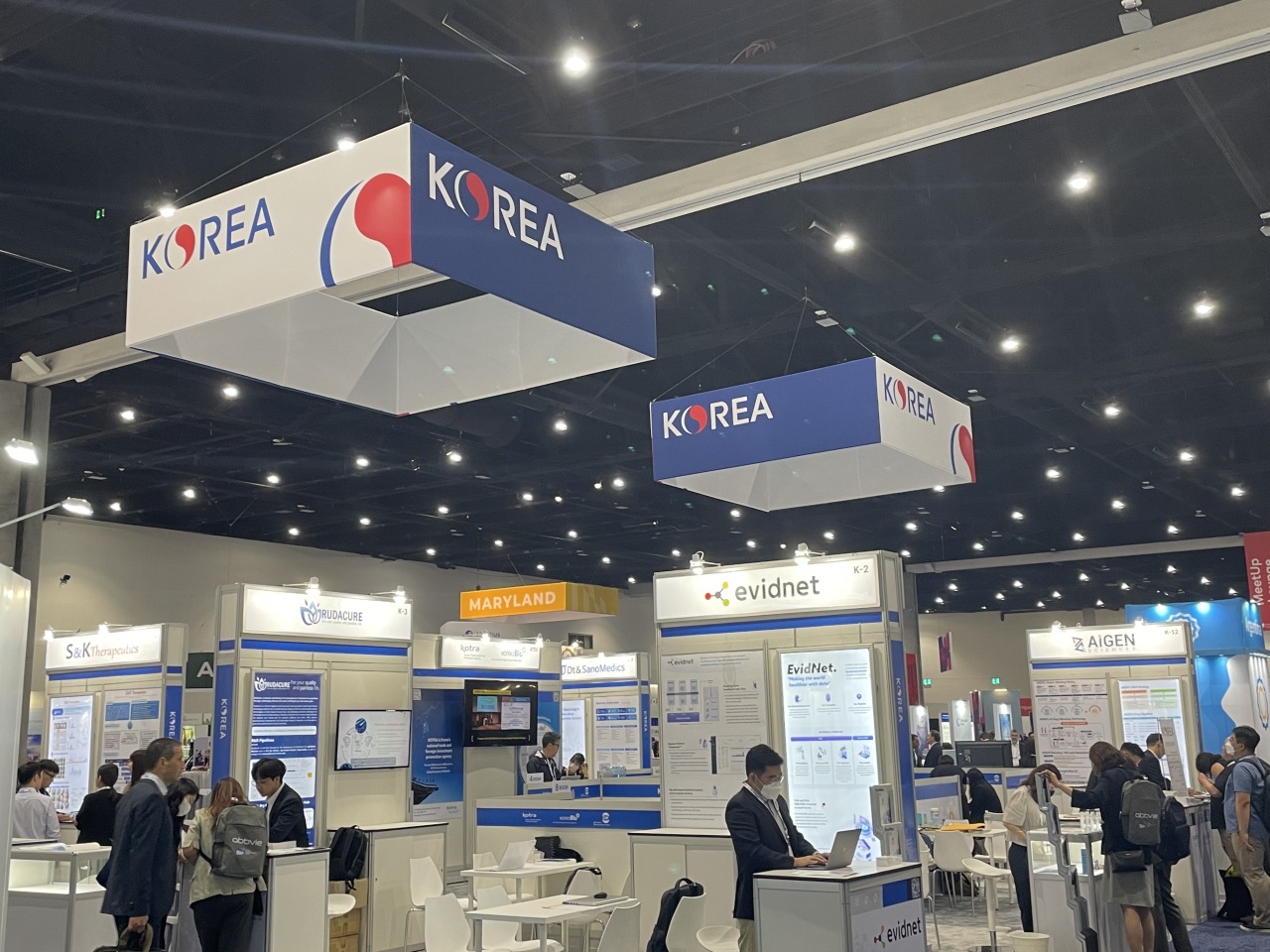 According to a biotech industry official participating in the convention in San Diego, over 3,200 companies from across the globe signed up to attend the event. Of them, 255 are from South Korea. That is the second largest for a country behind only the US, the official said.

“Big pharmas have secured a large cash cow, thanks to the sales of COVID-19 products. On the other hand, biotech’s valuation has dropped by a lot, so now is the time to carry out (mergers and acquisitions) and licensing (deals),” the official added.

From smaller biotech companies to powerhouses such as Samsung Biologics and Celltrion, various Korean firms are showcasing their services and products through company presentations, discussion sessions and business meetings. Over 15,000 visitors from 65 countries or more are expected to gather at the San Diego Convention Center over the four-day event, which runs from June 13 to 16.

The Korea Biotechnology Industry Organization has set up a Korean booth to promote smaller biotech firms in cooperation with the Korea Trade and Investment Promotion Agency, a state-run trade promotion agency. The Korean Pavilion gives biotech startups a chance to promote themselves and explore partnering options, as well as draw in investments.

“By operating the Korean Pavilion at such a global biotech event, it will show the Korean biotech industry’s global competitiveness and provide networking opportunities through seminars,” said Lee Seung-kyu, vice chairperson of KoreaBIO.

“People know Korea’s ‘K-brand.’ Not just K-pop, but foreigners all over the world recognize the potential of the K-brand. K-pharma and K-bio may have little presence at the moment, but they say you might regret not partnering (with Korean firms),” said Won Hee-mok, chairman of the Korea Pharmaceutical and Bio-Pharma Manufacturers Association.