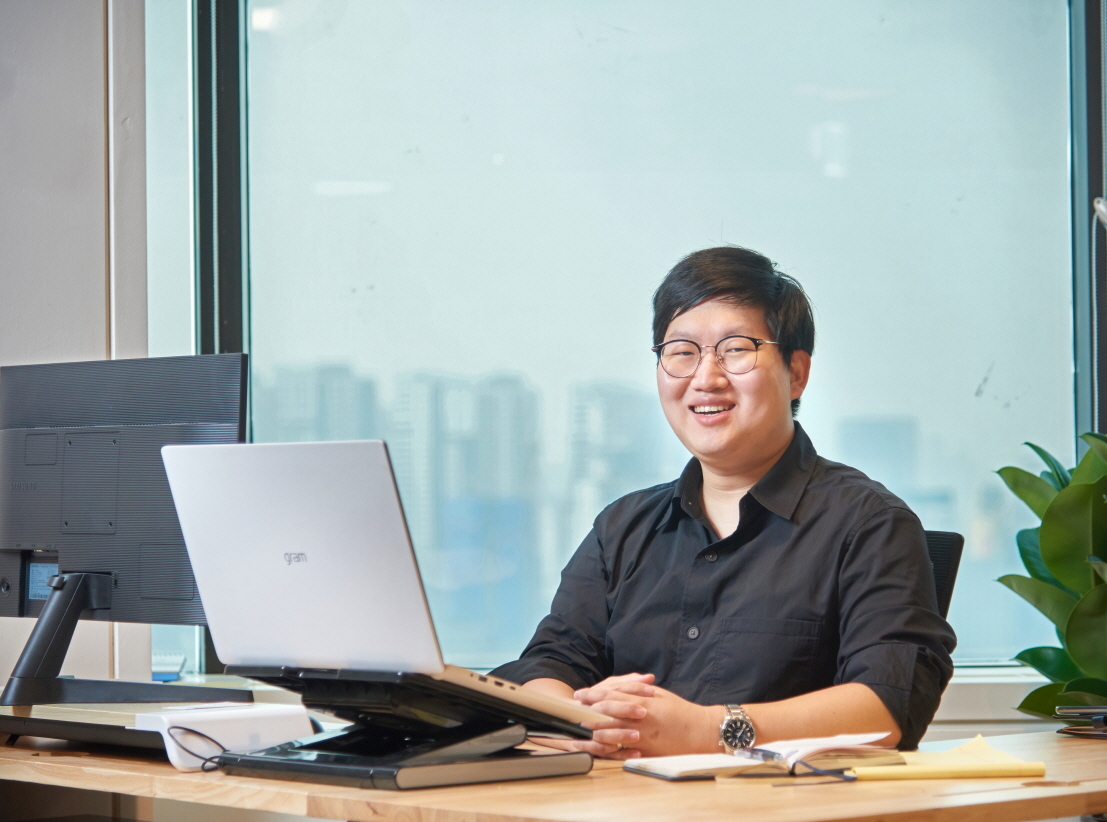 Contents Technologies CEO Lee Jang-won (Contents Technologies)
Unlike stocks, it is rare for an investment like an exchange-traded fund (ETF) to draw global attention. But KPOP ETF went viral in April when plans for the fund hit the news, reflecting the popularity of one of South Korea’s most high-profile exports.

The orchestrator behind the ETF -- set to debut in the US market on July 5 – is Seoul-based intellectual property mogul, and Contents Technologies CEO, Lee Jang-won who recently sat down with The Korea Herald to discuss whether the Kospi’s bearish turn would hold back his brainchild.

“ETF shines out in a bearish market as an alternative to stocks because it helps retail investors navigate the market when they lack confidence in their choices. It gives synergy with K-pop-related stocks because they have had better performances compared to other sectors of the market,” he added.

A key factor that drives K-pop’s global popularity is its concerts and performances, and with social distancing and travel restrictions easing, the industry has a rosy future, Lee said.

KPOP ETF is designed by Contents Technologies’ subsidiary, CT Investments, to track securities of 30 different K-pop-related companies, most of which are listed on the Kospi, Korea’s main bourse.

The list includes Hybe, the company behind K-pop sensation BTS, entertainment giant CJ ENM, and other major powerhouses such as YG, SM and JYP. An official close to the matter told The Korea Herald last month that Hybe would account for 10 percent of the portfolio due to its large market capitalization.

As a passive ETF, the fund will be managed on a weighted average, meaning all stocks in the portfolio will each have a 10 percent cap depending on the size of their respective market capitalization. Lee hopes that, under management, the product’s assets will reach at least 1 trillion won ($776 billion) and eventually will hit 2 trillion won.

On whether he has any plans to branch out to other content-related ETFs, Lee said it would depend on the success of this one.

“I’d like to produce more thematic ETFs based on Korean content, but for now, our main focus is to promote and bring about the success of KPOP ETF.” 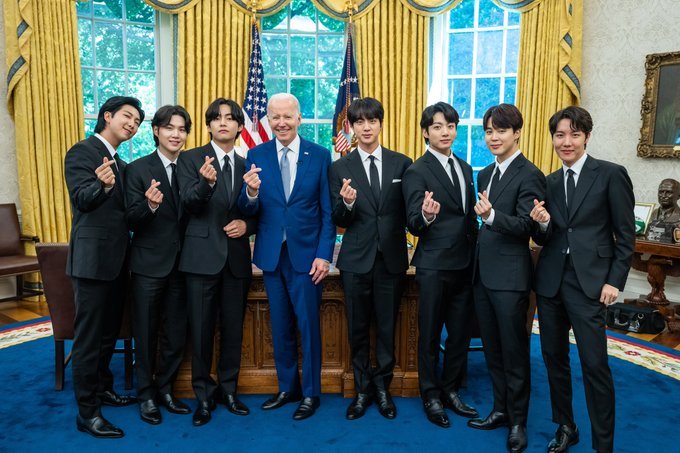 President Joe Biden records an online address with BTS in the Oval Office of the White House in Washington on May 31. (Big Hit Entertainment)
Lee’s decision to combine the elements of K-pop and ETF emanates experience of launching Mapiacompany, a music score IP investment firm, in 2016 followed by co-leading Beyond Music, a local music IP investment and song management company also founded last year by the 29-year-old innovator.

Beyond Music’s business model is similar to the UK music IP investment firm Hipgnosis Songs Fund, which believes that hit songs are predictable assets as long as the global music streaming market grows.

“Through the yearslong experience I learned how to monetize music-related IP and how it is distributed and sold under the current legal system,” he explained.

“Music is such a global content unaffected by language barriers and it is crucial to legally protect its creators and artists from IP infringements.”

Contents Technologies, launched last year, secured over 20 billion won through two successful rounds of funding within 11 months of its establishment. It includes a 17 billion-won Series A funding round carried out in January. The firm, headquartered in the Gangnam area of Seoul, has six subsidiaries that it owns over 51 percent stake in, with some 40 employees.