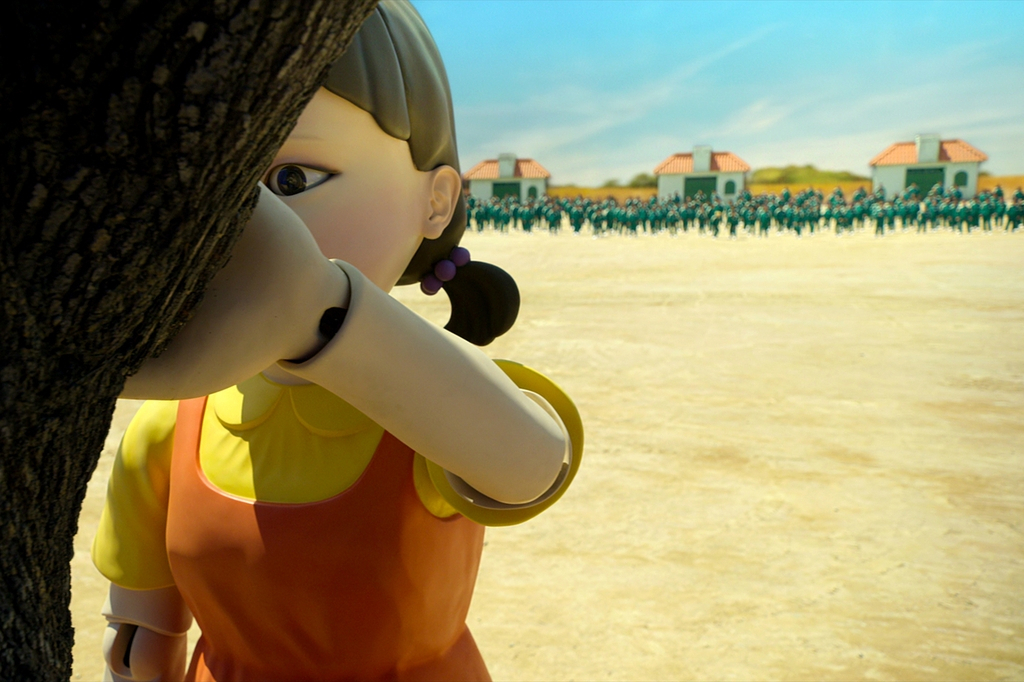 This image provided by Netflix shows a scene from "Squid Game." (Yonhap)

"A whole new round is coming," director, writer and executive producer Hwang Dong-hyuk said in a letter to fans released by Netflix. "And now, Gi-hun returns. The Front Man returns. Season 2 is coming."

Gi-hun, played by Lee Jung-jae, is the debt-ridden character who gets involved in a mysterious deadly contest to win 45.6 billion won ($37.9 million) in prize money in the nine-part series.

Hwang added that Cheol-su, the "boyfriend" of the show's animatronic doll, Young-hee, will be introduced to viewers in the next season.

But he did not elaborate on the detailed schedules of production.

The director, who has usually made feature films, including the historical drama "The Fortress," throughout his career, thanked global fans for giving unprecedented support to his first TV show.

"It took 12 years to bring the first season of 'Squid Game' to life last year," Hwang said. "But it took 12 days for Squid Game to become the most popular series ever."

"Squid Game" is now poised to become the first Korean-language series to win an award at the Emmys slated for September.

It has racked up many pre-Emmy wins, including the best actor and actress prizes at the Screen Actors Guild Awards. (Yonhap)