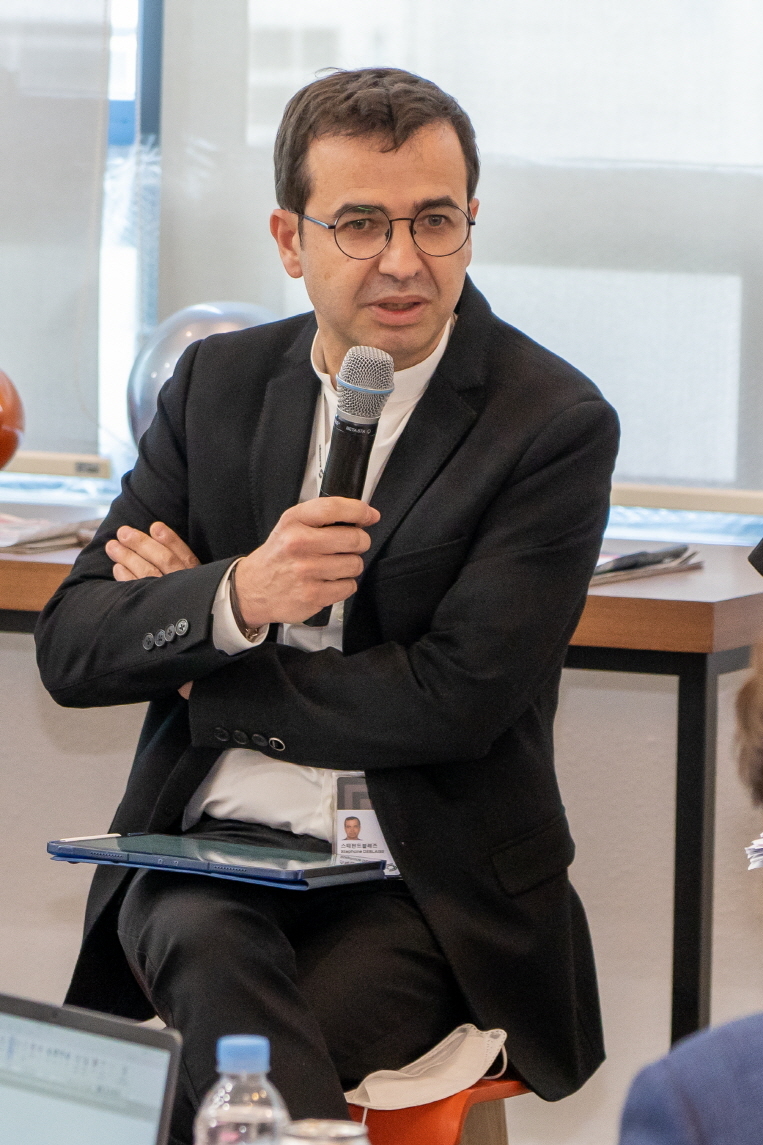 So as the carmaker commits to the Korean market, new CEO Stephane Deblaise’s priority is designing a new car that suits Korean tastes and taking it to foreign markets with similar preferences.

“Korean customers prefer big cars over small cars, and there are no such cars in our lineup. So we are thinking about making a big car here in Korea and then exporting such a model overseas to markets that also show high demand for big cars,” Deblaise said during a press conference with local reporters on Friday.

Deblaise said that he has a “concrete plan” for the BEV, which will be launched in Korea. He added that he shared his plan with Renault Group CEO Luca de Meo.

“I cannot tell you about it in detail, as I am still working on it. But I can tell you that on June 21, I will be having a very important meeting with Luca and the executives of Renault Group about it. If they accept my suggestion, then our BEV development journey will begin,” Deblaise said.

While some say that Renault Korea’s timeline for electrification is far behind other carmakers, the head of Renault Korea said that the company isn’t late in introducing its first BEV in 2026. Rather, he said it’s a perfect time, as BEVs are still not cost-effective enough for customers.

“Globally, OEMs are turning their heads toward hybrid cars again. Take China for example. They have been very driven for the past six to seven years to develop BEVs, but now their focus is changing to developing hybrid models. This is because hybrid cars are a good alternative in reducing carbon emissions until BEV technology is further worked on,” Deblaise explained.

Renault Korea will launch its XM3 hybrid later this year.

XM3 is already proving successful in foreign markets including Europe, as 11,179 units have been sold there alone during the first quarter of this year. It has become the bestselling hybrid model among Renault brands.

Meanwhile, Korean customers are also looking forward to a full change of Renault Korea’s popular models SM6 and QM6, as it has been more than five years since they have been introduced.

“As you know, the years 2020 and 2021 were a difficult time for Renault Samsung, and so we were not able to introduce new cars. But 2024 to 2025 will be our renovation phase. We call the project we are working on for this period ‘Project Aurora’ because it is the light of our future. My goal as the CEO of Renault Korea is to have Renault Group as one leg and Geely as another to successfully walk through the project,” Deblaise said.

In May, Renault Korea announced that Geely Auto of Zhejiang Geely Holding Group is acquiring a 34.02 percent stake in Renault Korea Motors.

With an above-30 percent share in the Korean carmaker, which recently dropped “Samsung” from its name upon the termination of its contract with the firm, Geely Auto will be the second-largest shareholder.