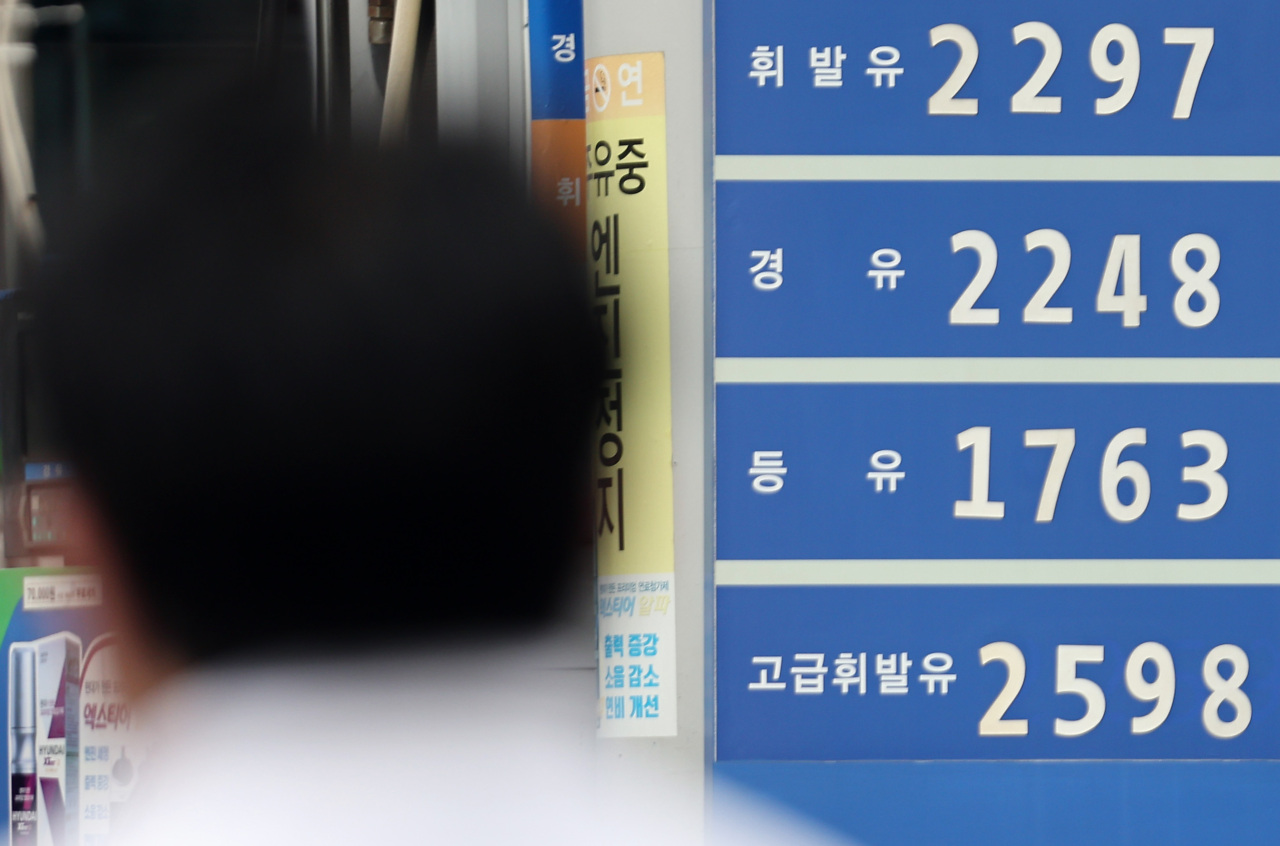 A signboard at a gas station in Seoul shows a spike in prices of gasoline and diesel. The nation’s benchmark gasoline price reached 2,055.11 won per liter on Friday, approaching the all-time high of 2,083.51 won, posted on Sept. 23, 2012. (Yonhap)
SEJONG -- Gasoline prices in South Korea are likely to hit an all-time high in the coming weeks in the wake of another spike in international crude prices, with prices climbing for more than 30 consecutive days.

Some market insiders are issuing the possibility that the price will surpass the record high of 2,083.51 won recorded on Sept. 23, 2012 later this month given the current pace of growth.

The skyrocketing gasoline prices are attributed to sharply rising global demand for petroleum products amid the normalization process from the COVID-19 pandemic, as well as the prolonged war between Ukraine and Russia.

Western Texas Intermediate futures exceeded $120 per barrel to trade at $121.51 on Thursday. After peaking at $123.7 on March 8, the WTI price usually ranged between $95 - $110 in April and May. But it showed another bounce back recently, as demand outstripped supply.

Futures for Brent crude oil and Dubai crude oil recorded $123.07 and $117.09 per barrel, respectively, on Thursday.

Though international crude prices inched down from a trading session earlier following the news of another lockdown being implemented in Shanghai against COVID-19 infections there, uncertainty over prices is still high amid the global community-led economic sanctions against Moscow. In addition, prices of other raw materials are still skyrocketing.

This poses a serious challenge for the local market, in that gasoline prices have continued to climb despite the government’s expansion of a fuel tax cut from formerly 20 percent to 30 percent starting from June 1.

The nation’s diesel price has already hit a record high, renewing all-time highs for about 30 days since May. It reached 2,052.36 won per liter on Friday.