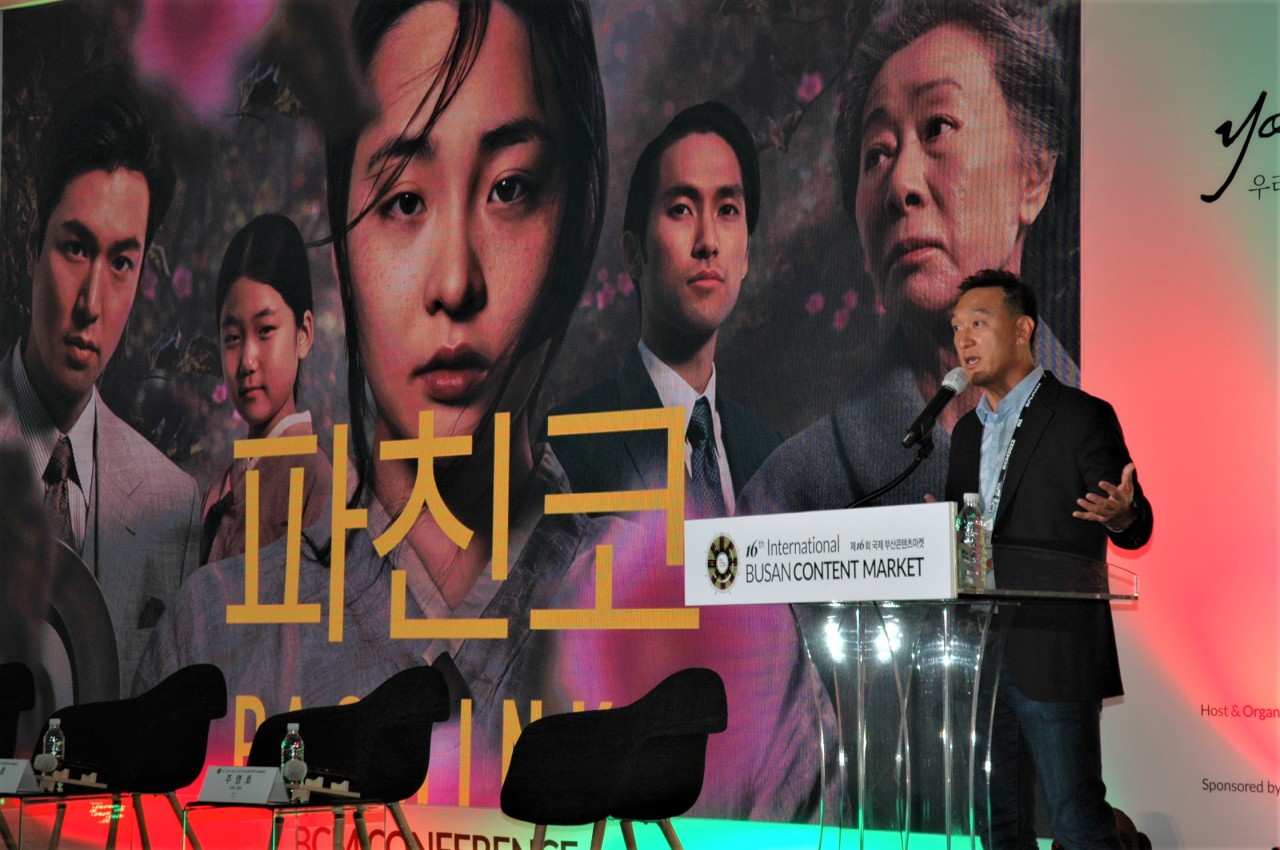 Returning as an offline event for the first time in three years, BCM 2022 showcases Korean content to the global market. The event will also explore the rising popularity of the metaverse, artificial reality, high-tech media-based convergence and many other things including films, animations, webtoons, games and music. 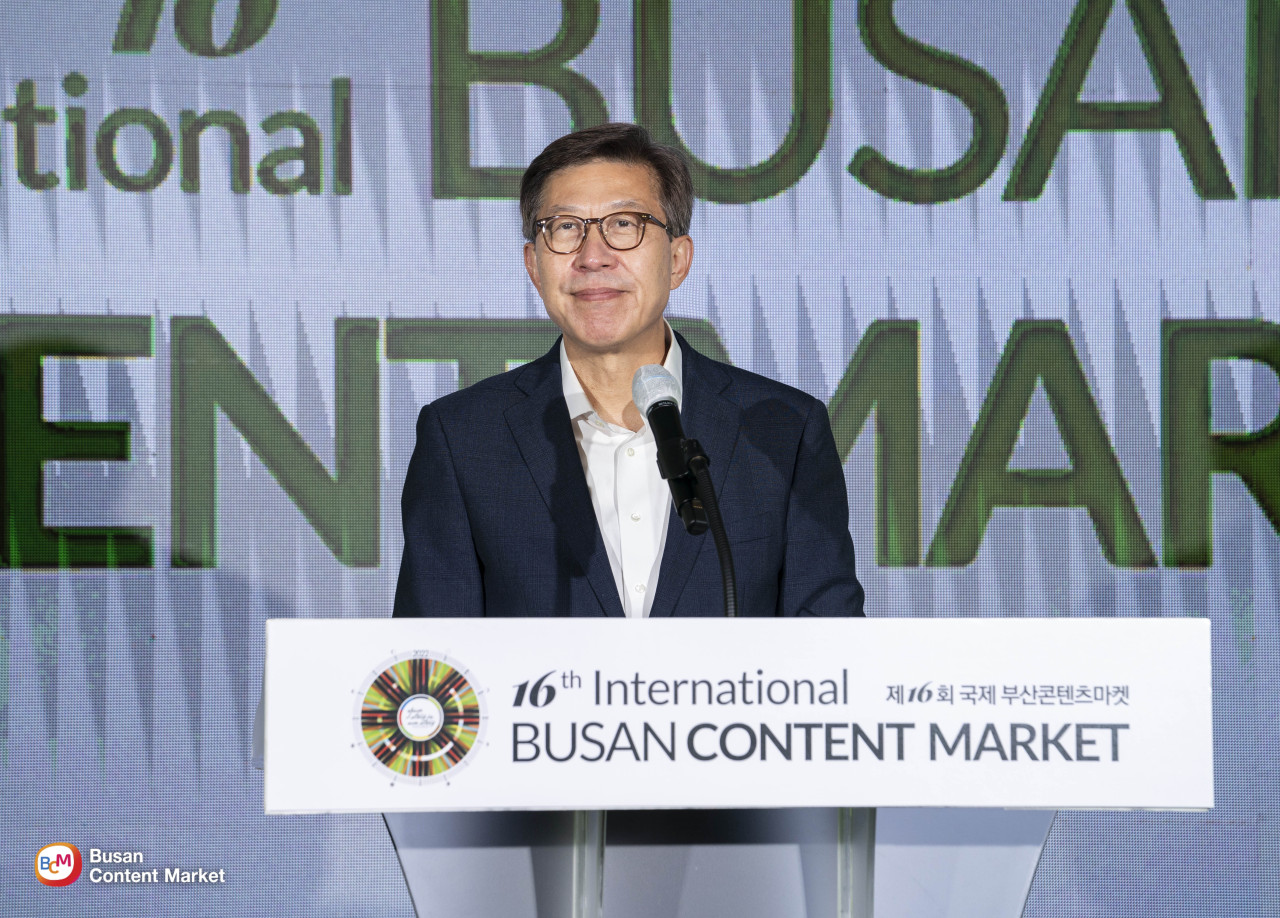 The three-day event offers a diverse mix of events, ranging from a conference with television directors and actors to academic discussions by experts in their respective fields.

Mnet’s television director Won Jung-woo, responsible for many seasons of “I Can See Your Voice,” shared his experience in creating music content that is enjoyed by both local and international audiences.

“I never expected ‘I Can See Your Voice’ to be adapted in foreign countries. Recently, it was confirmed that the broadcast format of my latest music show, ‘My Boyfriend is Better’, will be used in Germany and the UK. The show’s directors, including myself, are starting to feel that local popularity is not the only standard for measuring a program’s success. We have started to think about the potential global audience while in the preproduction stage as well,” Won said during his speech at the BCM Conference. 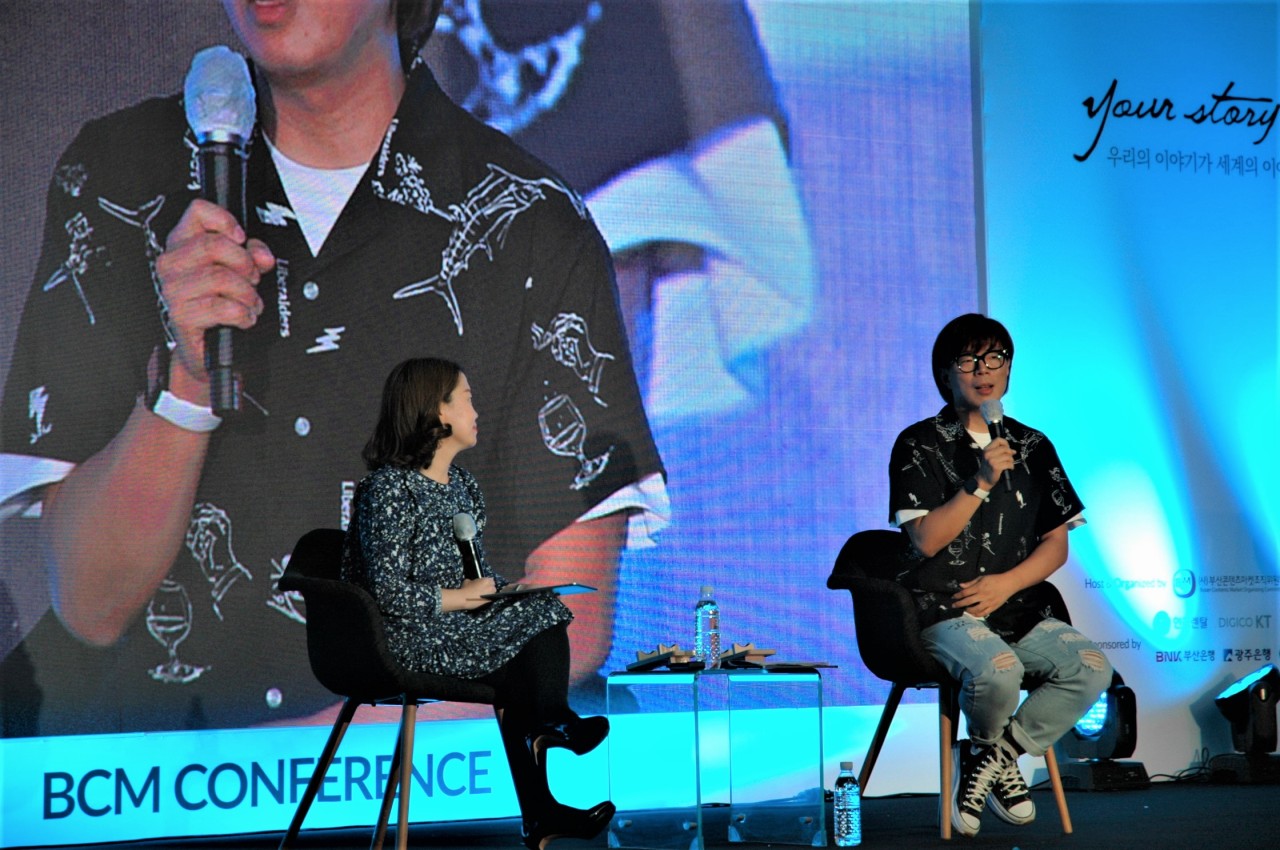 Television director Won Jung-woo speaks about Mnet’s music show “My Boyfriend Is Better” at Bexco in Busan. (Lee Si-jin/The Korea Herald)
Sebastian Lee, the co-executive producer of Apple TV+’s period drama “Pachinko,” shared stories from the show’s set, emphasizing the importance of having a strong belief that your story can be well received by audiences.

“Stories about Korean immigrants are not a popular topic in dramas. To put it bluntly, it is usually a minor theme. But countless people around the world are really empathizing with the journey of Sunja. I think ‘Pachinko’ was able to gain global popularity because it did not simply follow the Korean drama trends,” Lee said.

IT firms NFTGo, BitGlim, construction company DaewonPlus Group and a number of universities, including Kyunsung University and Dong-A University were among those who organized a special exhibition promoting Korean art and games. 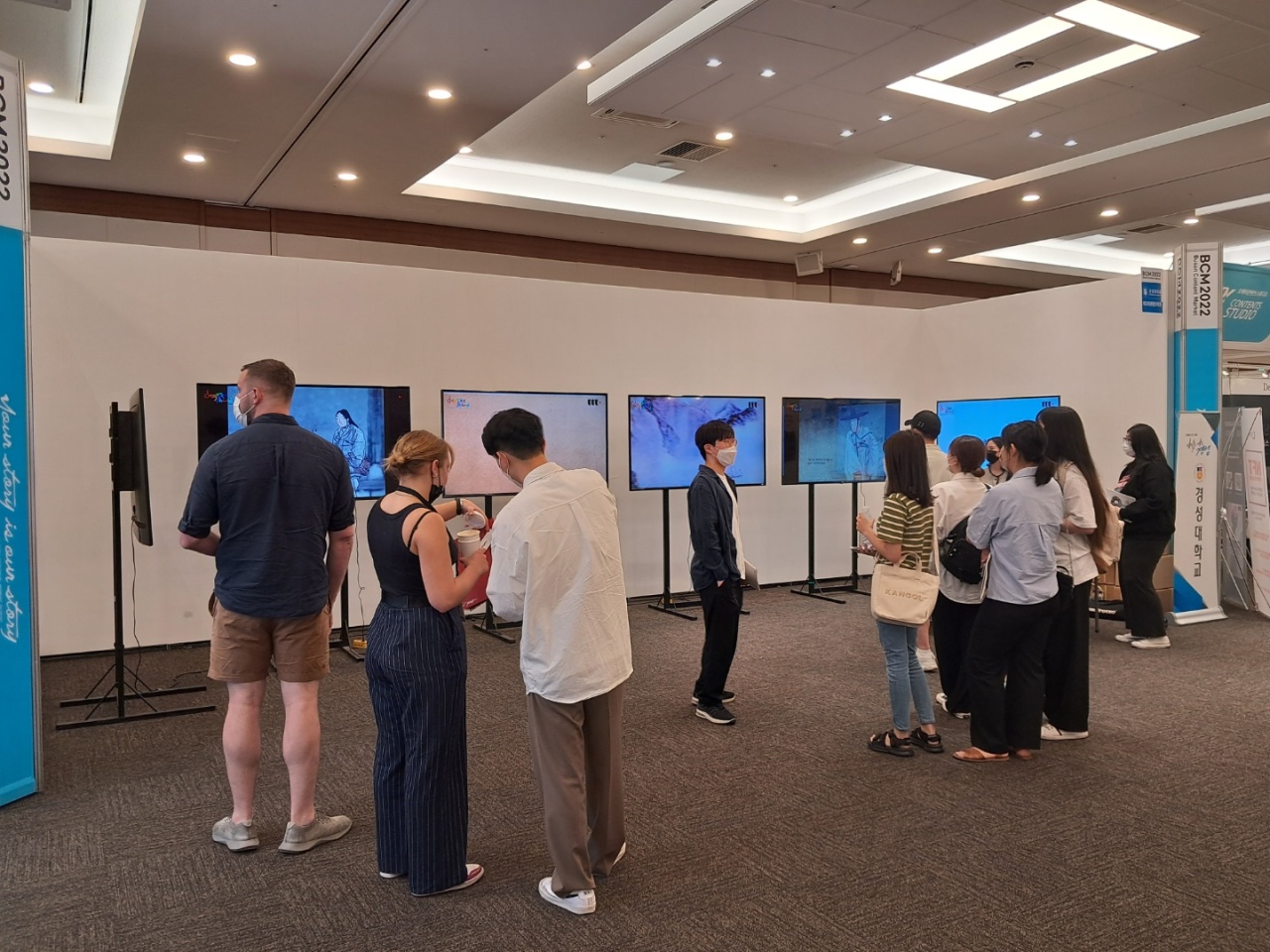 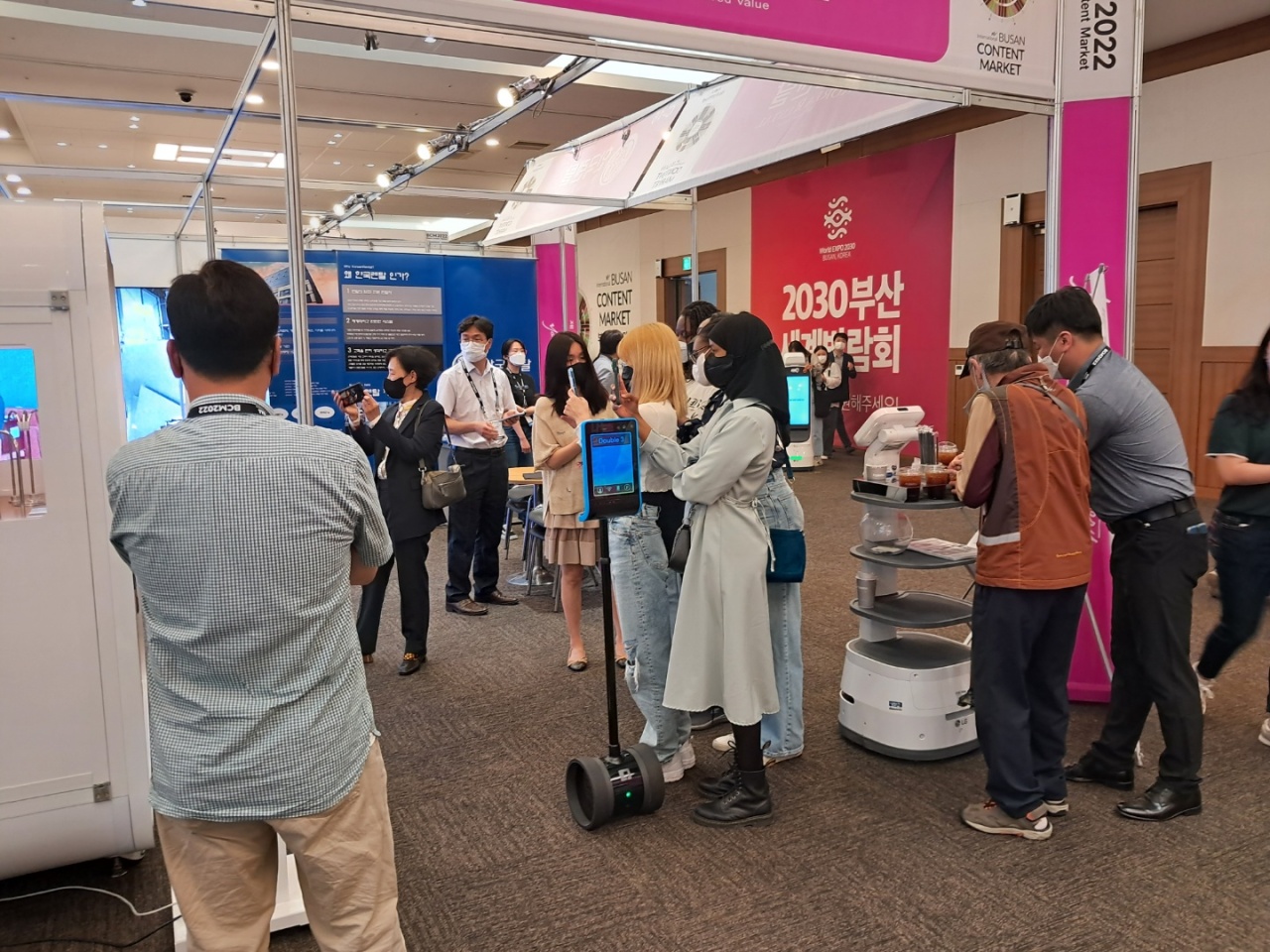 Visitors take photos of the robotic products presented at the “Art Content & Board Game IP Market” exhibition at Busan Content Market. (Lee Si-jin/The Korea Herald)
The 16th edition of BCM offered its participants a broad insight into the latest worldwide trends in various creative industries, as well as how best to respond to them.

The offline events of BCM 2022 are set to close on Friday while its online booths will run until June 24.