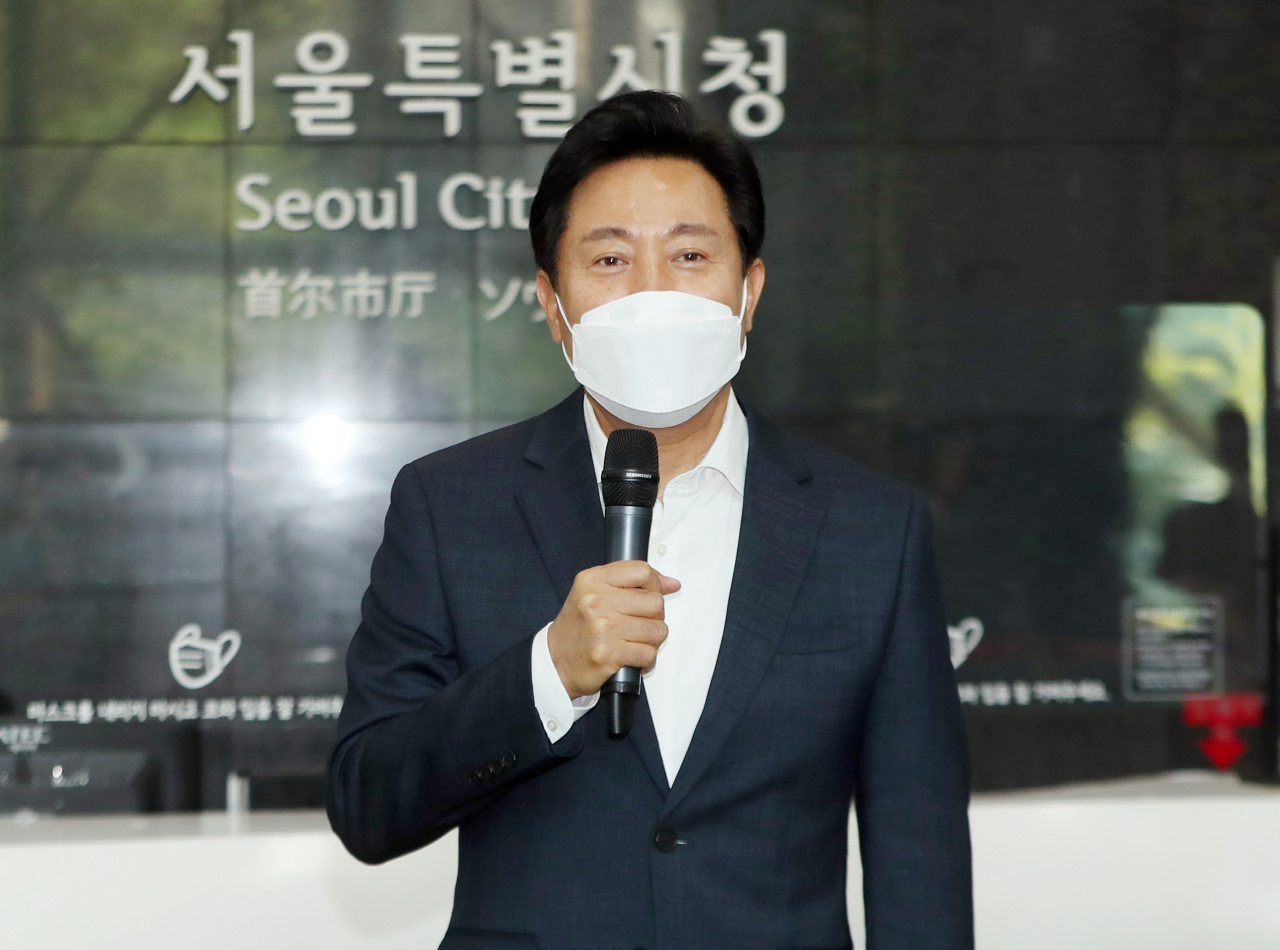 Oh, revealing the plan regarding TBS during an interview with Korean Broadcasting System on Wednesday night, said TBS would focus more on education programs in the future.

“People no longer listen to TBS to get traffic information, and that’s why a suggestion came up to make the broadcasting company more education-oriented,” Oh said.

Kim has long been criticized for using the public-funded traffic news radio station as a platform for his political views. The program has been penalized several times by the Korea Communications Standards Commission since 2018 -- the most for any program -- for violations of objectivity.

“News Factory” was also the program that received the most corrective orders from the Election Broadcasting Deliberative Committee during the Seoul mayoral by-election in 2021.

Regardless of whether the changes to TBS are aimed at Kim, he is likely to be let go if the city’s reforms take place, as his news show would not match the new education focus.

Last year, Oh tried to reduce the city’s financial support for TBS from 37.5 billion won to 25.3 billion won. But the proposal was not accepted at the Seoul Metropolitan Council, where 102 of the 110 council members were from the Democratic Party.

However, Oh’s planned budget cut for TBS will now gain more support from the city council following the local elections this month, where the People Power Party won a substantial majority.

The People Power Party took 76 out of 112 seats on the city council, while the Democratic Party won the rest.

During the same interview, Oh also mentioned that the city government would freeze bus and subway fares.

“High-ranking officials at the city government suggested considering raises (in public transportation fares), but I told them this was not the time given the financial difficulties that citizens have on the backdrop of high inflation,” Oh said. “There will not be a fare increase at least for some time.”

“There are many issues that Seoul and Gyeonggi Province should work together on, particularly in traffic issues, since there are many commuters (between the two neighboring regions),” Oh said.