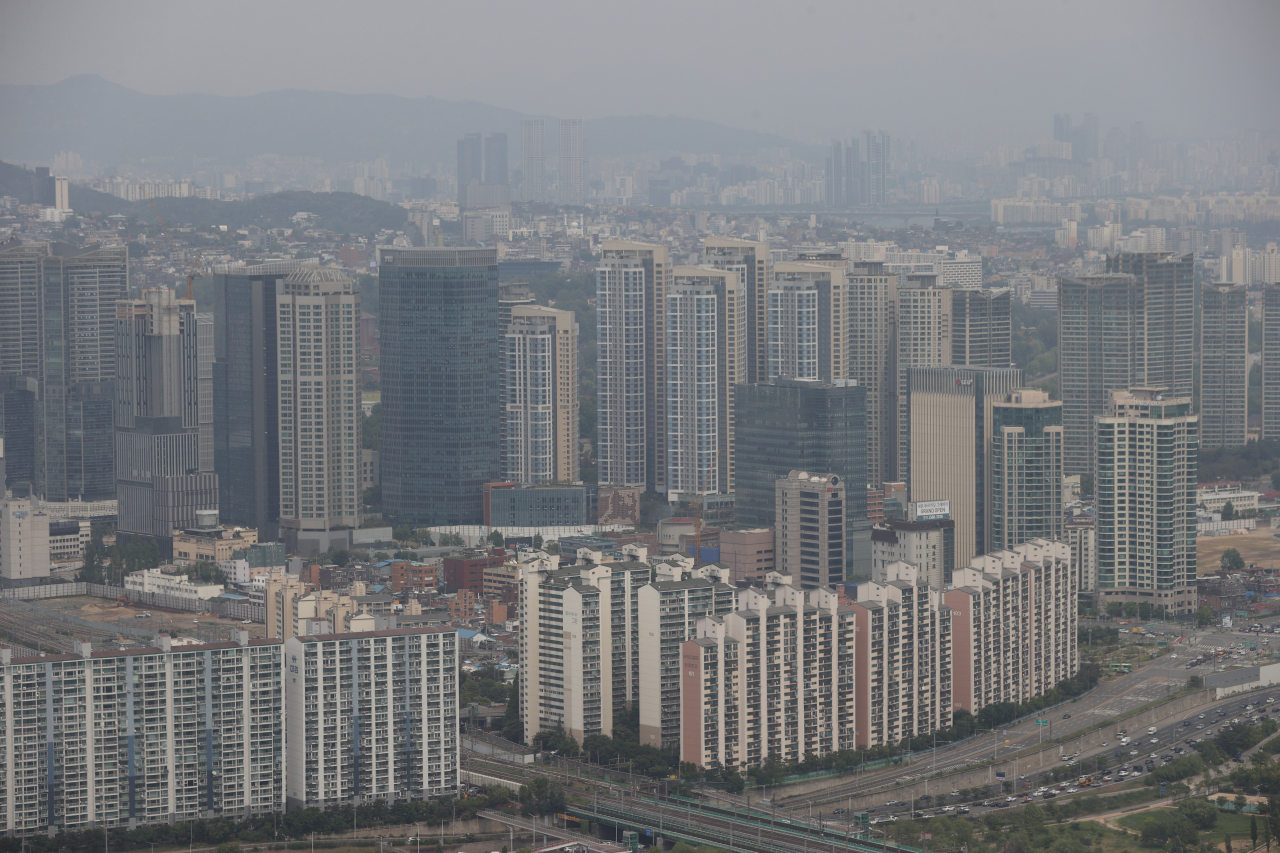 According to data from the Financial Supervisory Service, on May 31 fashion company CreaS F&C finalized the purchase of 1,950 square meters of land and a 9,338-square-meter building in Nonhyeon-dong, within Seoul’s Gangnam-gu.

Based on the deal worth 130 billion won ($103.6 million), the firm stated that it will expand its office space and launch new fashion brands.

Hyungkuk F&B, a beverage company that provides raw materials to Starbucks and Ediya, on Wednesday acquired 1,173 square meters of land and a 3,001-square-meter building in Samseong-dong, also in Gangnam. The deal cost 62 billion won, which accounts for 46.9 percent of its total assets.

The company said it plans to move its Seocho-gu headquarters there and expects to raise additional profit by leasing office and commercial spaces.

Kopla, a plastic manufacturing arm under BGF retail, snapped up 779 square meters of land and a 417-square-meter building in Ichon-dong, Yongsan, Seoul. In a filing, the firm stated it will build a research and development center there.

Retail companies that have taken a big hit by shutting down offline stores due to the coronavirus pandemic are seeking business recovery by investing in real estate, according to experts.

“It’s a recent trend in the retail industry to buy or sell office and commercial buildings as a means to create funds and invest in new business segments,” said Kim In-man, head of the Kim In-man Research Center.

“Purchasing buildings in the upscale Gangnam area is a top choice for them. Also, many are considering Yongsan as an investment option, following the Yoon Suk-yeol administration’s decision to relocate the presidential office there.”

According to data from the Ministry of Land, Infrastructure and Transport, a 21,273-square-meter building in Yeoksam-dong, Gangnam, was sold at 258 billion won in May. It ranked as the most expensive office and commercial building there during the cited period.

In Yongsan, the most expensive sales deal in May was a 441-square-meter commercial building in Itaewon, which sold for 25.6 billion won.