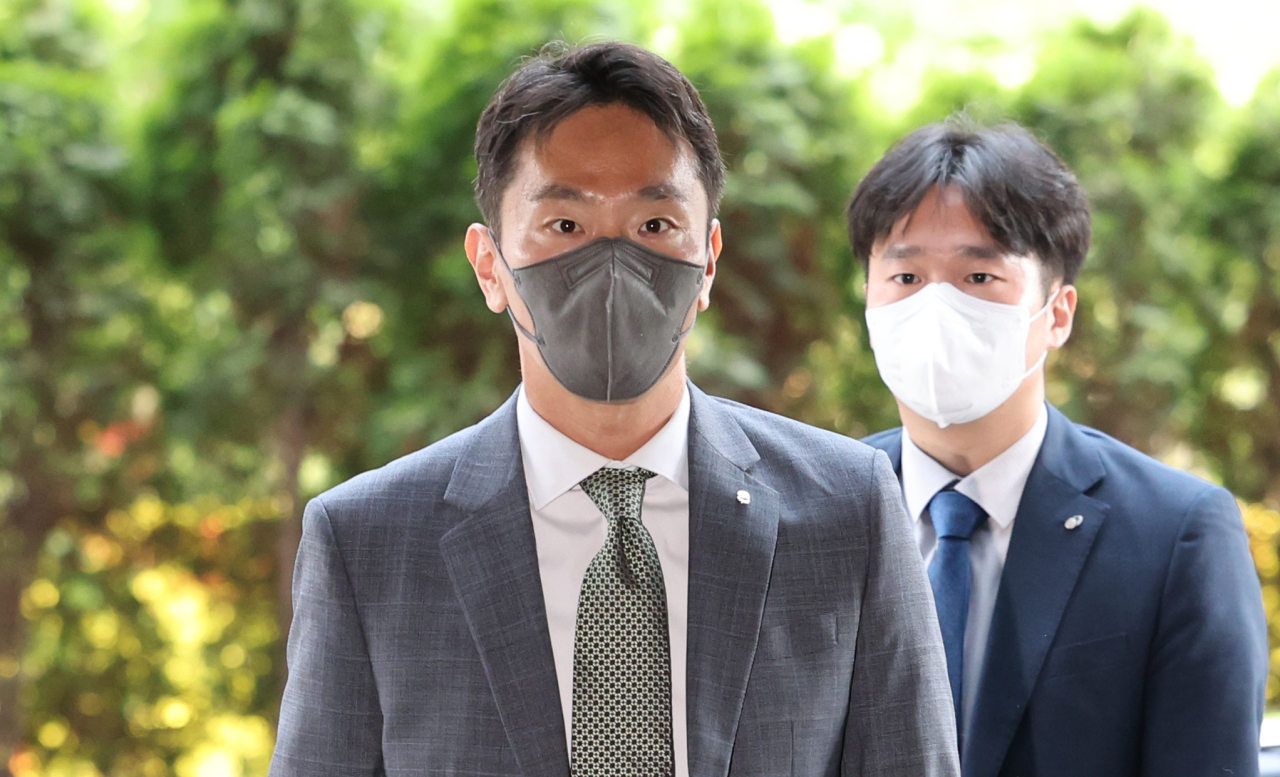 FSS Gov. Lee Bok-hyun (Yonhap)
President Yoon Suk-yeol’s nominations to lead the nation’s top financial regulators have been met with skepticism, as critics say there have been too many prosecutors named already.

Yoon, who has appointed several former prosecutors as Cabinet members, appointed an ex-prosecutor to lead the Financial Supervisory Services on Tuesday. Another former prosecutor had been mentioned as a candidate to head the Fair Trade Commission the same day.

But the president’s office tweaked the decisions within a day, saying the government will not nominate Kang Soo-jin, who had been mentioned as the chief of the antitrust watchdog.

“It seems like President Yoon’s decision not to nominate Kang doesn’t have anything to do with the fact she is a former prosecutor,” an official from the office told reporters on condition of anonymity.

“It is difficult to explain why this happened, and we believe we do not owe an explanation,” the official added.

The official’s remarks point to Yoon’s denial earlier in the day, when a group of reporters asked him whether the retraction was due to criticisms of him appointing too many ex-prosecutors as top officials while he was on his way to his newly remodeled presidential office in Yongsan, Seoul. The official added that progressive lawyers have taken up key government posts in the past, and that it is natural in a “constitutional state” for government attorneys to be appointed as ranking officials, as in the US and other developed nations.

Unlike for Kang, Lee Bok-hyun’s nomination for chief of the FSS is likely to materialize, but Yoon’s decision to choose the first ex-prosecutor to lead the 22-year-old watchdog -- which had been led by scholars and financiers -- has fueled doubts on whether Lee is the right candidate.

Meanwhile, Kang Seog-hoon -- the former presidential secretary for economic affairs who was recommended by current FSC Chairman Koh Seung-beom on Tuesday to head the state-run Korea Development Bank -- has been dealing with his own problems. Kang is not an ex-prosecutor, but was the presidential secretary for economic affairs for former President Park Geun-hye. However, this did not stop the KDB’s unionists from blocking the nominee’s path to his office on his first day of work.

KDB union members were protesting against Yoon’s campaign pledge to relocate its headquarters to Busan. Yoon’s pledge is in line with Busan’s goal to become an Asian financial hub. However, unionists have protested the relocation, saying it will lead to the KDB losing competence as a financial firm.

As KDB chairman, Kang will be tasked with resolving the lender’s lackluster progress and performance in handling mergers and acquisitions while rebuilding its damaged reputation. The KDB struggled in its restructuring of the troubled SsangYong Motor and Daewoo Shipbuilding & Marine Engineering under former Chairman Lee Dong-gull.

Hyundai Heavy Industries’ acquisition of DSME failed after the European Union rejected the plan in January. SsangYong is seeking a new buyer after Edison Motors failed to make a payment in its acquisition.

Yoon has so far appointed 12 ex-prosecutors to take up key roles in his administration.