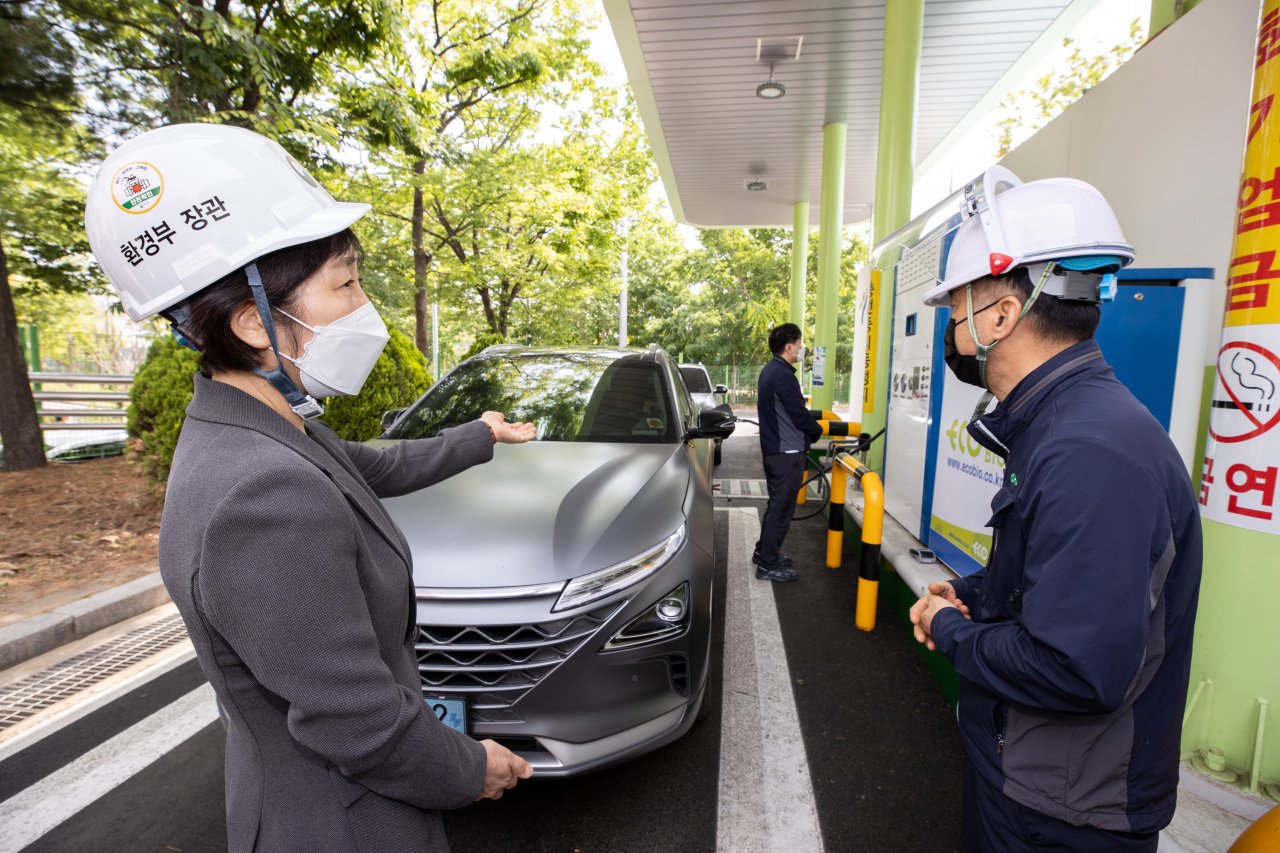 Hydrogen charging station (Yonhap)
South Korea stepped closer to establishing an industrial ecology for hydrogen, as revisions to a regulation defining how companies should use hydrogen and what types of government support they would be given for exploring the latest technology will be promulgated as early as this week.

The revised hydrogen law involves certifying and defining clean hydrogen, selling and usage requirements of clean hydrogen, and regulatory support for the purchase and supply of hydrogen power.

According to the Ministry of Trade, Industry and Energy on Wednesday, the National Assembly approved the revised law on May 29 after a yearlong deliberation, and so the government will officially announce its promulgation soon. The law is expected to take into effect in December.

“We will classify clean hydrogen into different grades later on by how much carbon emissions are emitted,” said an official from the Ministry of Trade, Industry and Energy.

The Ministry will also designate an institution that will be in charge of certification and inspection of hydrogen production.

The revised law also includes the amount of clean hydrogen required for charging stations and for the hydrogen industry to sell and use.

Through the revision, the government will be able to establish a bidding market for the purchase and supply of hydrogen power and also decide the amount of hydrogen power generation in line with the country’s annual carbon emissions reduction goal.

Actually producing clean hydrogen is expected to take time, as the it is still in the process of being properly produced. Research is currently underway to introduce the certification system.