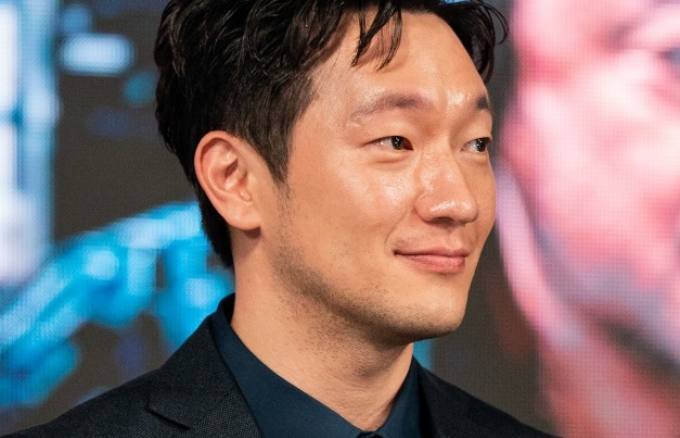 Son Suk-ku smiles during a global launching event for film “The Roundup,” on May 22. (ABO Entertainment)

Son Suk-ku has never been hotter.

After mesmerizing viewers as the mysterious Mr. Gu in JTBC’s hit drama “My Liberation Notes,” the 39-year-old actor plays a ruthless villain who kidnaps and kills tourists for ransom in Vietnam in the film “The Roundup,” the biggest box office hit since the pandemic hit South Korea.

Before “My Liberation Notes,” the last episode of which aired on May 31, Son was little known. He did some acting in stage productions, TV series and films from 2014, but what first brought him to the public eye was season two of the Netflix original series “Sense 8,” aired in 2017, in which he appears in four episodes as a cop opposite actor Bae Doo-na.

For five weeks in a row, Son has topped the ranking of the most talked-about actors from TV dramas currently airing, according to Good Data Corporation on May 24. The firm analyzes netizens’ reactions to online news, online communities, social media and videos related to actors.

In fact, after the drama ended, fans have been searching for Son’s previous works to see more of the actor, while news articles dig into his little-known past in order to feed their curiosity.

This image shows a scene from “My Liberation Notes” (JTBC)

It is as if Son is a real-life reincarnation of Mr. Gu, whose identity is shrouded in mystery for much of the series, yet captivates the female lead with a strange appeal.

Mr. Gu is a man with a broken and stoic soul who accidently finds a small village on the outskirts of Seoul as his hideout after hitting rock bottom. While staying with the Yeom family of three grown children and their parents, he slowly opens up and reciprocally helps the youngest daughter of the family -- Mi-jeong (played by Kim Ji-won) -- to break free from an inner void that has haunted her for a lifetime.

Not a typical prince charming, Son’s character exudes a dangerous charm. He is a macho man with a stoic attitude. Yet to his loved ones, he gives his all as if it’s nothing.

“Male characters who look tough and dangerous, but show warmth only to their lover always work for female audiences,” said Hong Soo-jung, a movie critic.

“Mr. Gu remains aloof from problems occurring in daily life, which provides a kind of liberation to Mi-jeong, who has been caught up with difficulties life constantly throws at her,” she said.

Son said Mr. Gu is likely to be the role of a lifetime.

“Even before filming began, the director (of ‘My Liberation Notes’) predicted that Mr. Gu would become the role of a lifetime and told me that a lot of things would change as an actor after playing it ... I think it will become my role of a lifetime,” the actor said during an interview conducted in time for the release of “The Roundup” on May 18.

To many viewers, the actor himself is in a somewhat odd veil of mystery as well. There’s something about him that makes people want to know more about him, many say. Is it Son’s method acting, or is Son himself a person with enigmatic appeal like Mr. Gu? 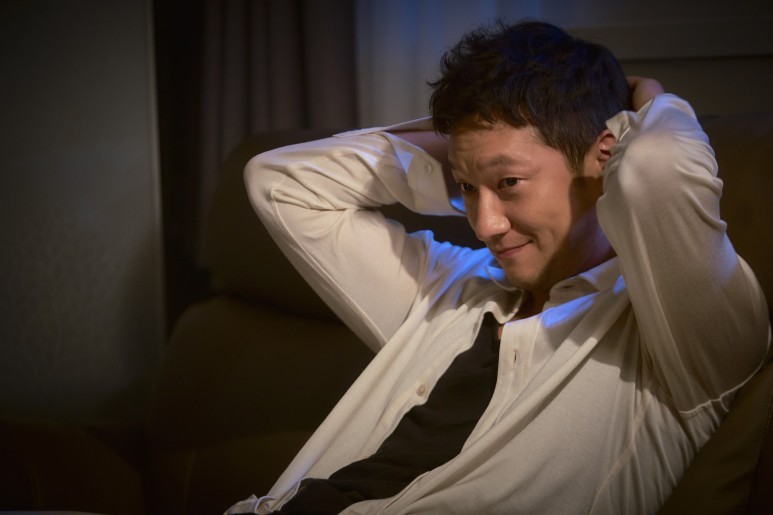 Son Suk-ku (Chorokbaem Media, JTBC Studio)
“He looks like he was born free and has been living that way. He’s not hoity-toity or a goody-goody man,” said a 32-year-old woman surnamed Lee, who became a fan of Son after watching the drama.

Kim So-yeon, another avid fan, says Son has a multifaceted appeal from a defiant villain to a solitary, broken man who excites sympathy. “He is like a whole package of things that I liked about my ex-boyfriends,” she said.

As for sex appeal, fans seem to like his lean, muscular body, intriguing face and relaxed tone of voice, which together creates a certain aura around him.

“He has the charm of a man with a strong animal and instinctive side,” movie critic Hong said.

When it came to his facial features, Son said in an interview that people told him he had a “vicious side” to his face. As a result, he said he has received multiple casting offers for bad guy roles. 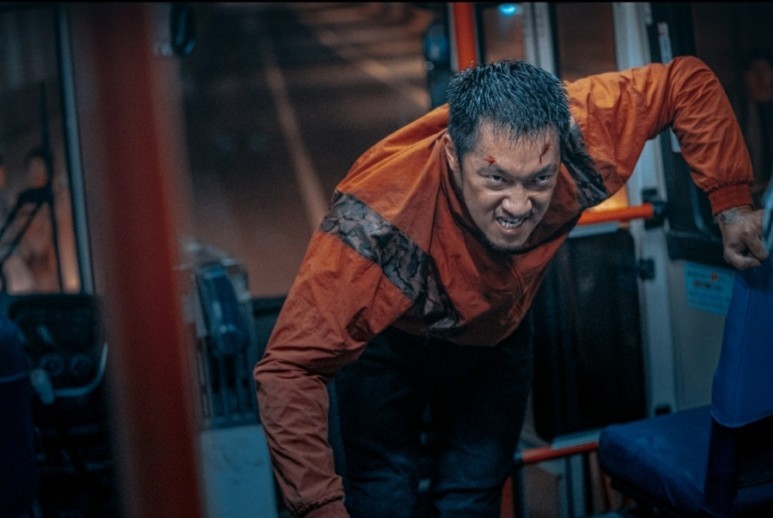 This image shows a scene from “The Roundup” (Naver Movie)

However, for now the actor seems unwilling to confine his image to that of a villain after “The Roundup.” He is said to be considering taking the role of a cop in a TV adaption of a webtoon series.