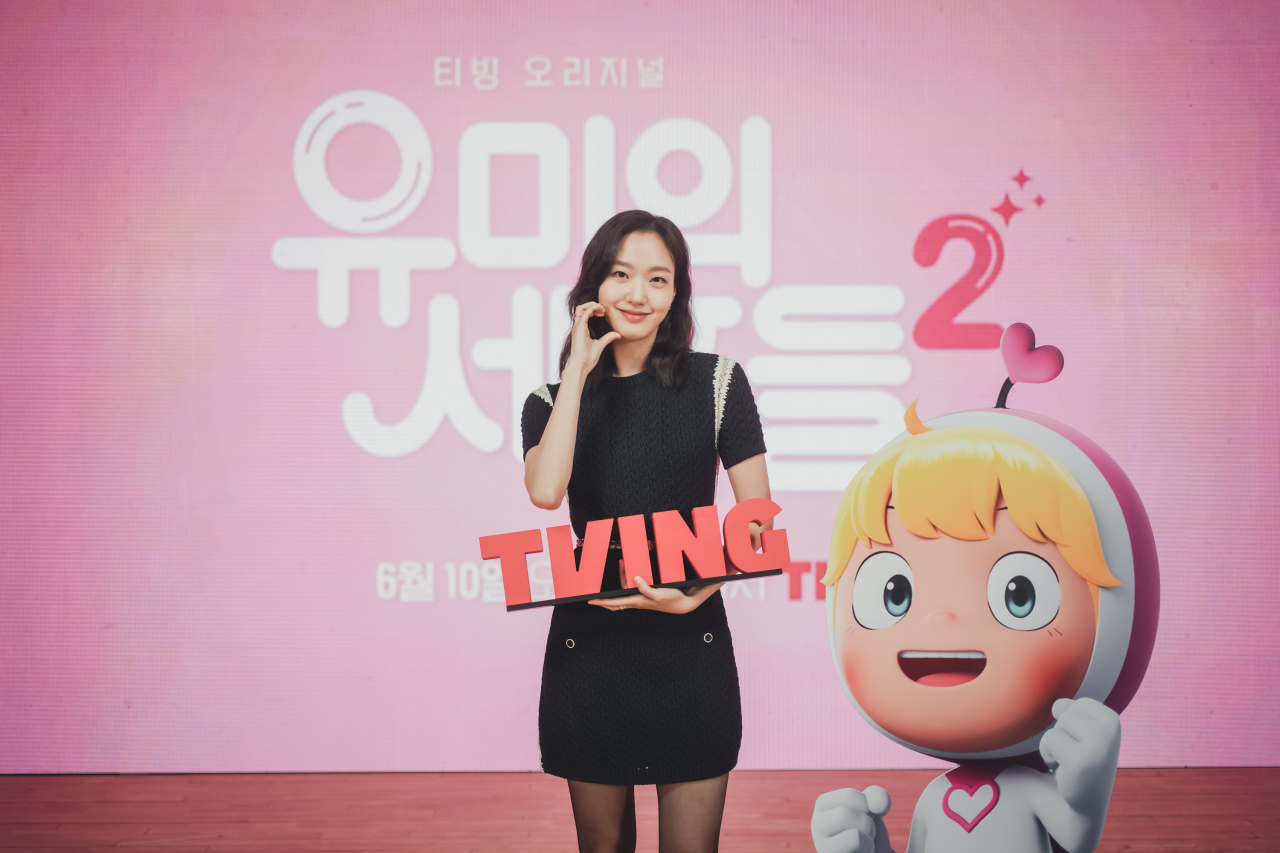 Kim Go-eun poses for photos before an online press conference Tuesday. (Tving)
Armed with smile-inducing characters and their heart-pounding romance, the second season of Tving’s “Yumi’s Cells” is set to mesmerize drama fans once again with a combination of live action and animated scenes.

“Though our drama series has many charms to attract viewers’ attention, the cute, lovely cells are what make ‘Yumi’s Cells’ special. I am certain that fans will fall in love with the old and new cells making their appearance in our upcoming series,” the show’s director Lee Sang-youb said during an online press conference Tuesday.

The cells are animated humanlike characters that control Yumi’s emotions, thoughts and actions.

“I think there are too many lovely scenes that will drive viewers crazy,” Lee added, showing confidence that fans will wish they were in a deep romance like the characters in the series. 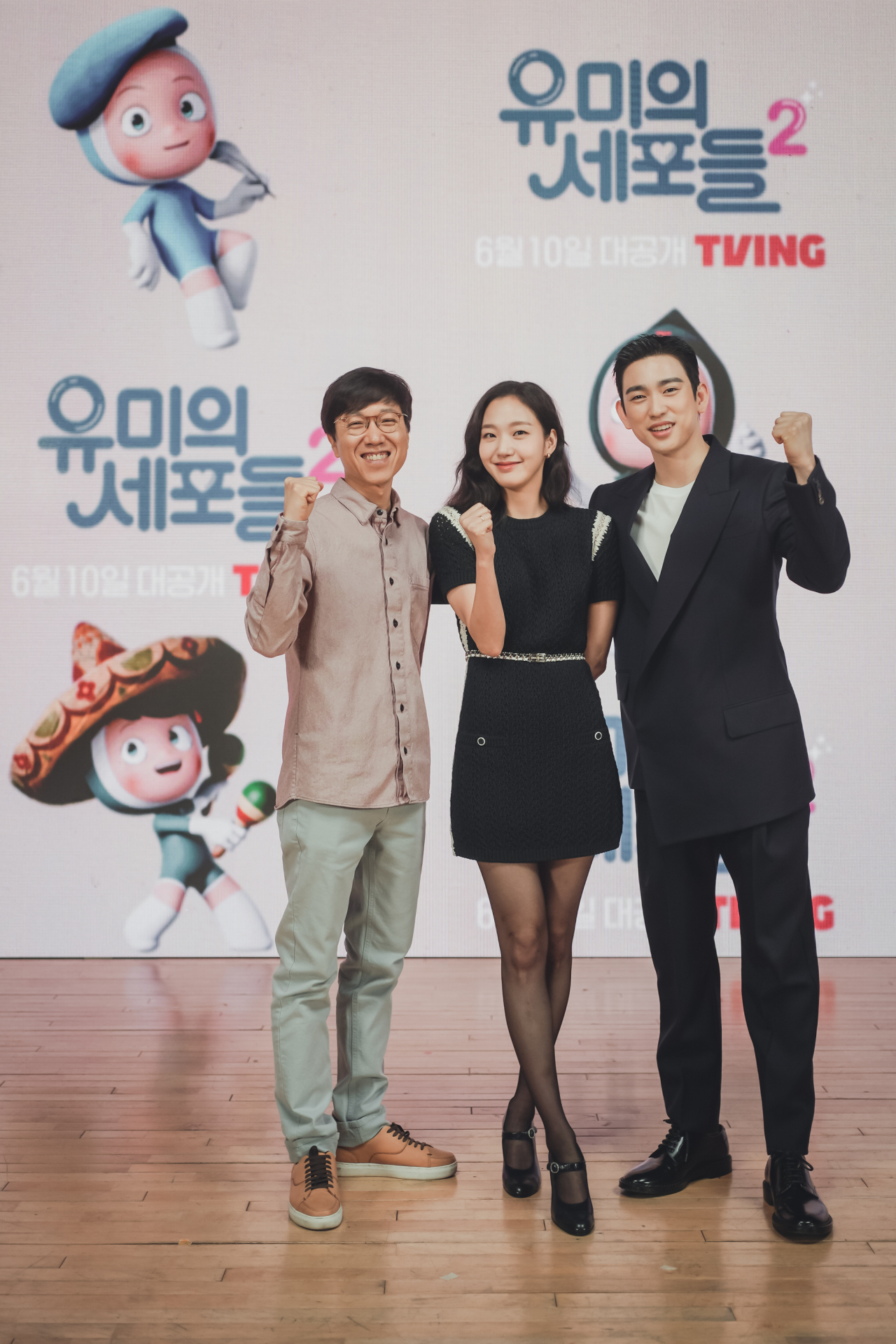 From left: Director Lee Sang-youb and actors Kim Go-eun and Jinyoung of GOT7 pose for photos before an online press conference Tuesday. (Tving)
Adapted from the eponymous webtoon by Lee Dong-geon, “Yumi’s Cells” follows the daily life of 30-something woman Yumi and her brain cells.

After ending her relationship with Goo Woong (played by Ahn Bo-hyun) in the previous season, Yumi is ready for a new love.

Kim Go-eun, who plays Yumi in both seasons, believes viewers will witness how her character has matured as an adult, making brave decisions in her life.

“The romance story definitely is a huge part in our series. But I think the ordinary daily life of Yumi is what catches the audience’s attention. Our series presents life that people can easily empathize with,” the actor said. 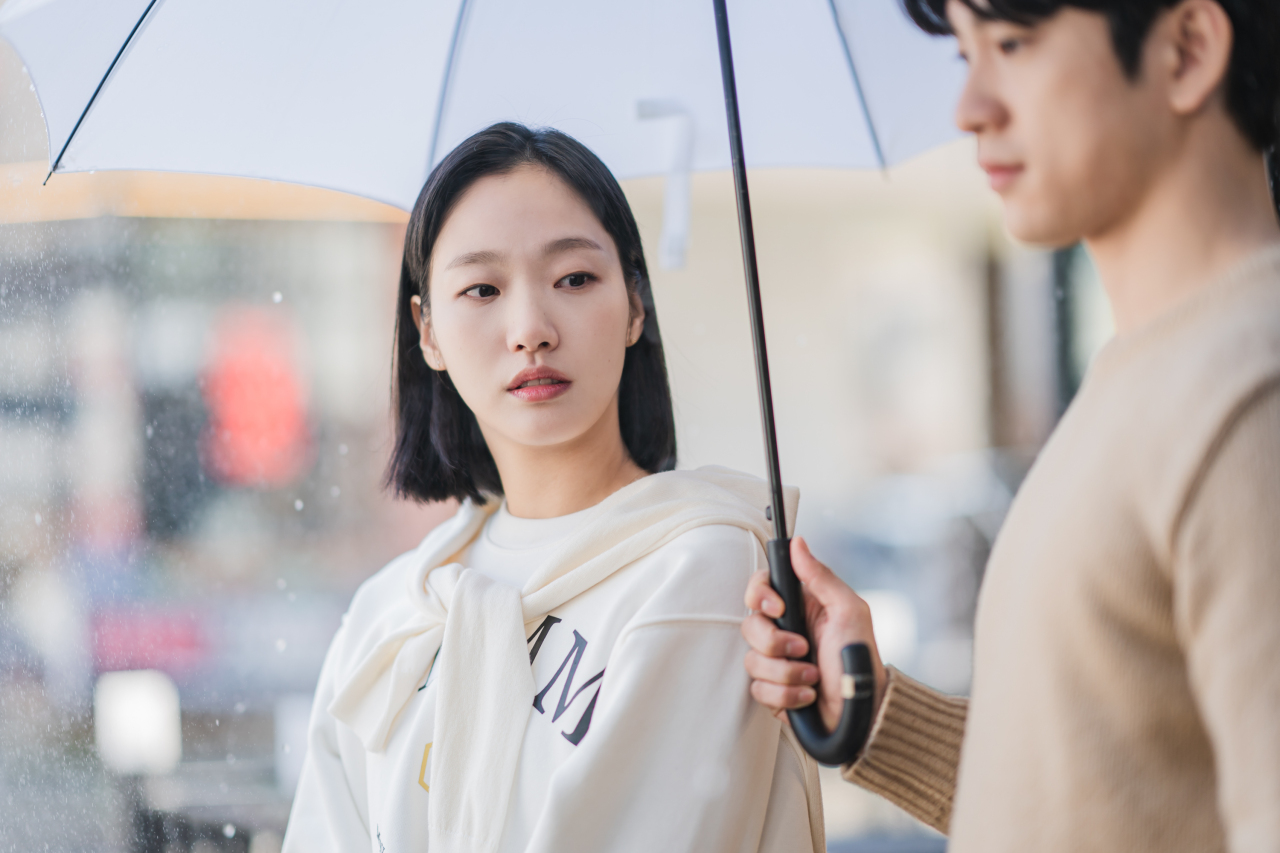 Kim Go-eun plays young office worker Yumi in the second season of “Yumi’s Cells.” (Tving)
While revealing that he was a huge fan of the original webtoon, Jinyoung of GOT7, who joined midway through the first season, said he was honored to take part in the second season.

“I am excited to take the role of Bobby and meet both local and global ‘Yumi’s Cells’ fans. Though the character is already loved by many webtoon readers, I hope the viewers like the 3D version of Bobby as well!” Jinyoung said with a smile.

The 14-part series premieres Friday. Two episodes will be released weekly on Fridays at 4 p.m., exclusively on Tving.