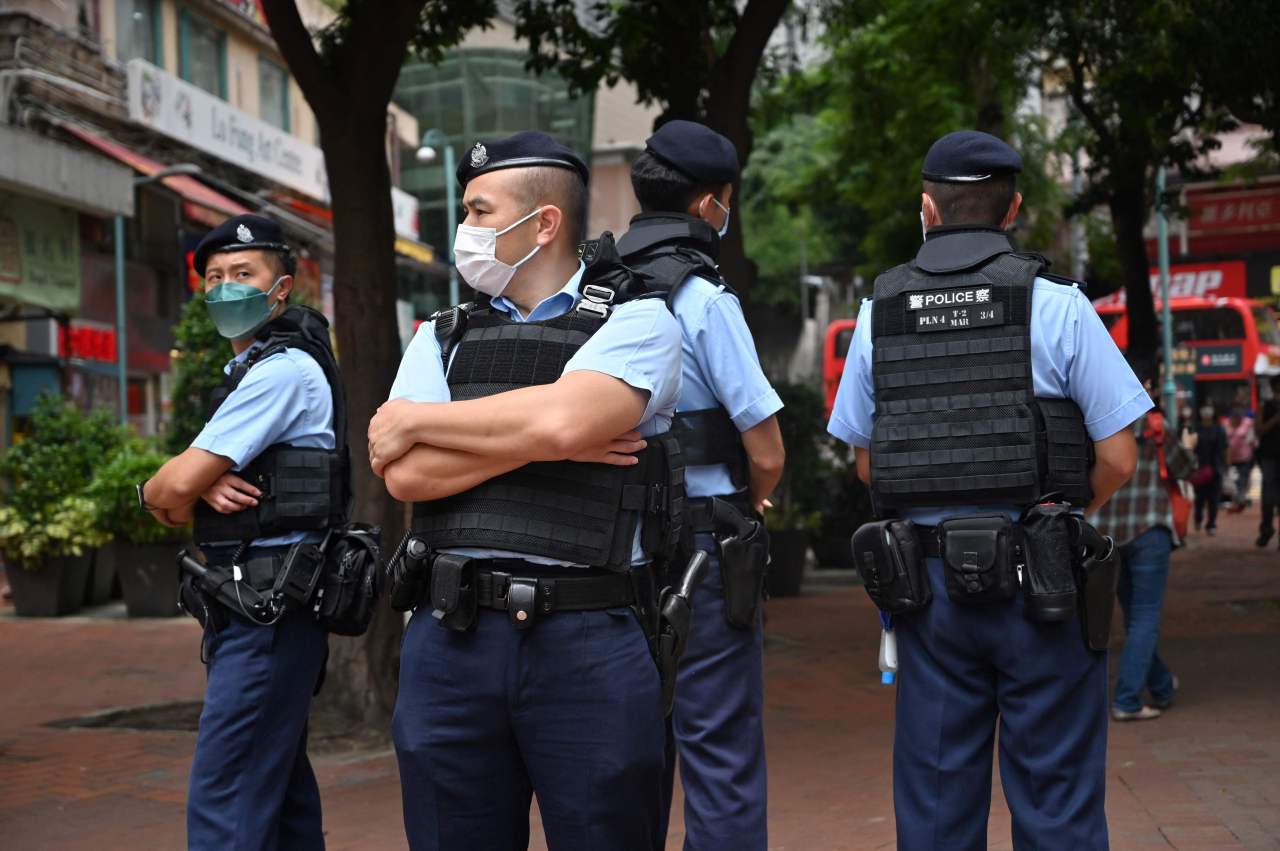 Police stand guard in the Causeway Bay district of Hong Kong on Saturday near the venue where Hong Kong people traditionally gather annually to mourn the victims of China's Tiananmen Square crackdown in 1989 which the authorities have banned and vowed to stamp out any protests on the anniversary. (AFP)

Dozens of police officers patrolled Hong Kong's Victoria Park on Saturday after authorities for a third consecutive year banned public commemoration of the anniversary of the Tiananmen Square crackdown in 1989.

For decades, an annual candlelight vigil was held in the park to remember China's deadly crackdown on protesters demanding greater democracy in Beijing's Tiananmen Square on June 4, 1989.

Critics say the ban is part of a move to suppress political dissent and a sign that Hong Kong is losing its freedoms as Beijing tightens its grip over the semi-autonomous Chinese city.

The vigil organizers, the Hong Kong Alliance in Support of Patriotic Democratic Movements of China, disbanded last year after many of its leaders were arrested on suspicion of violating the national security law. 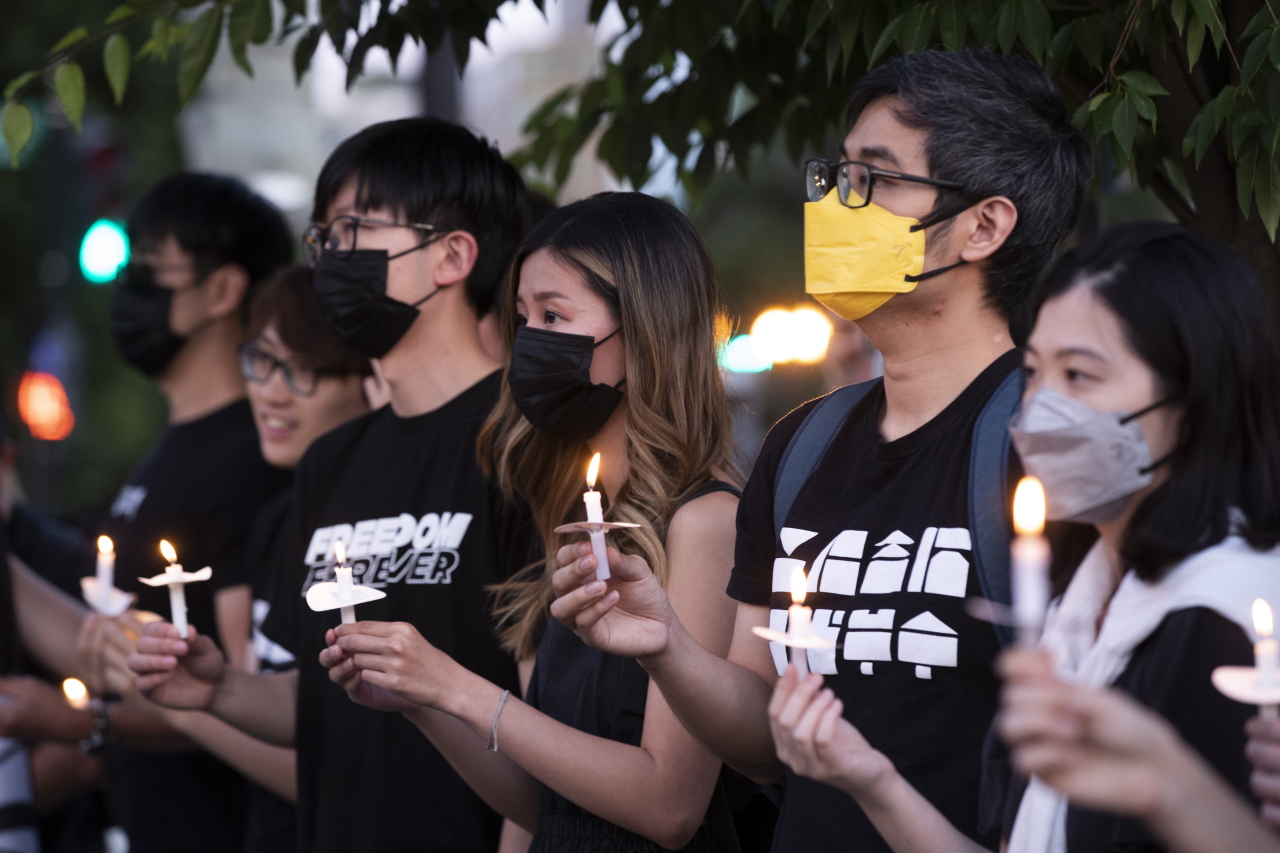 People attend a candlelight vigil and ceremony of remembrance to mark the 33rd anniversary of the 1989 Tiananmen Square Massacre, at the Victims of Communism Memorial in Washington, Friday. (EPA) 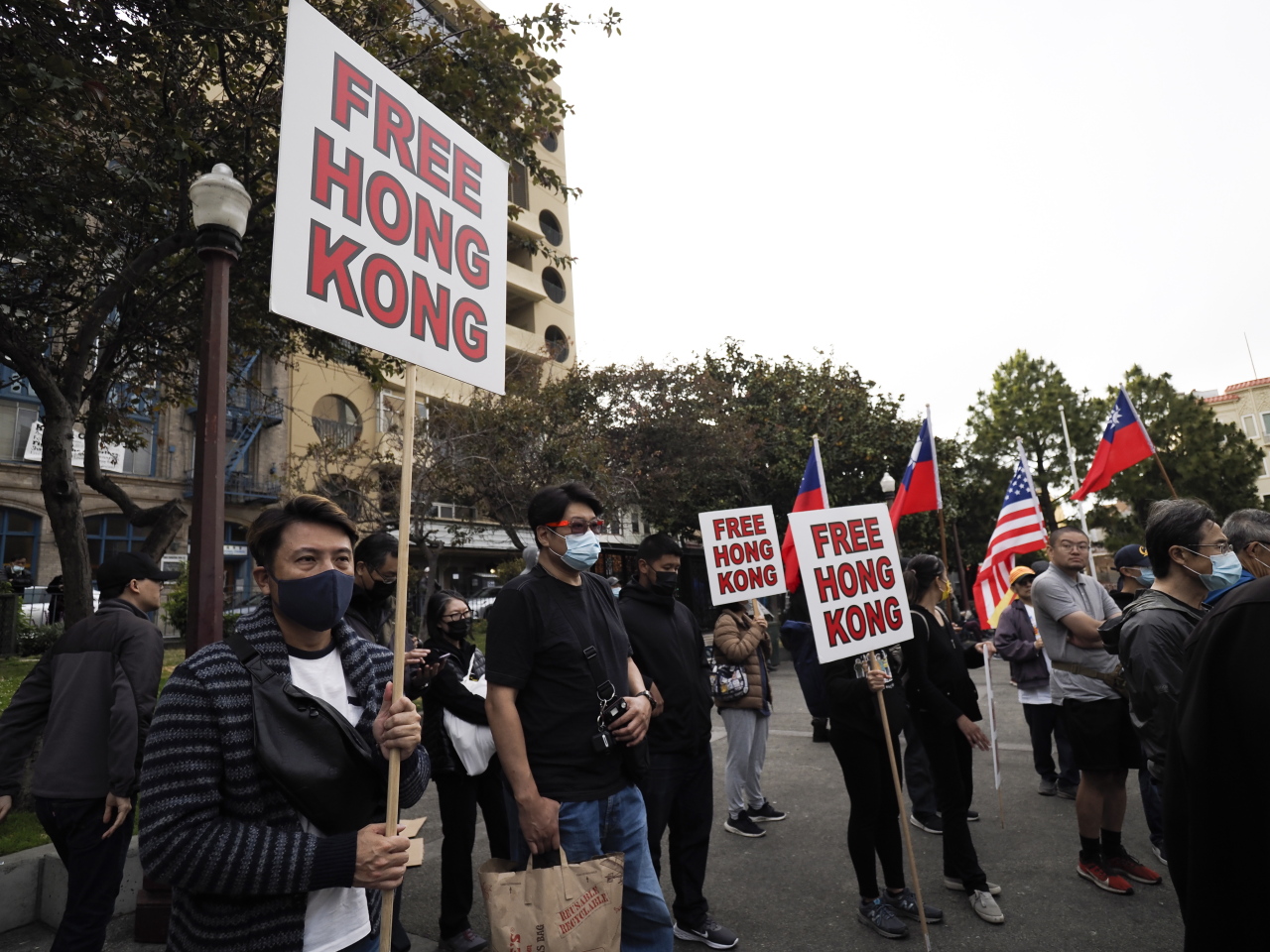 Authorities have cited risks from the coronavirus for banning the public commemoration over the past three years. Critics say the pandemic is used as an excuse to infringe on the right to assemble.

A government statement Friday said that parts of Victoria Park, which traditionally served as the venue for the candlelight vigil, would be closed as it may be used for ``illegal activities.'' The move was to ``prevent any unauthorized assemblies'' in the park and to reduce the possibility of COVID-19 spread.

Earlier in the week, a police superintendent warned that anyone who gathered in a group ``at the same place, with the same time and with a common purpose to express certain views'' could be considered part of an unauthorized assembly.

Since the British handed over Hong Kong to China in 1997, the city has been governed under a ``one country, two systems'' framework that gives it freedoms not found on the mainland, including freedom of speech and assembly.

For years, Hong Kong and Macao were the only places on Chinese soil allowed to commemorate the Tiananmen incident. In China, keywords such as ``Tiananmen massacre'' and ``June 4'' are strictly censored online, and people are not allowed to publicly mark the events.

``Today, the struggle for democracy and freedom continues to echo in Hong Kong, where the annual vigil to commemorate the massacre in Tiananmen Square was banned by the PRC and Hong Kong authorities in an attempt to suppress the memories of that day,'' U.S. Secretary of State Antony Blinken said in a statement, referring to the People's Republic of China.

Blinken said the U.S. would continue to speak out and promote accountability on human rights abuses by China, including those in Hong Kong, Xinjiang and Tibet.

``To the people of China and to those who continue to stand against injustice and seek freedom, we will not forget June 4,'' he said.

The post encouraged Chinese citizens who use a VPN to access Facebook, which is blocked in China, and search for information on the Tiananmen Square massacre ``to see what their country is hiding from them.''

``We hope that no more will the individual be sacrificed for the party, and that freedom, democracy and human rights can become our common language with them,'' the ministry's post said.

Amid the ban on commemoration events in Hong Kong, overseas gatherings and seminars in the U.S., Taipei, Prague and elsewhere have taken on larger significance, with calls online encouraging people to participate.

In recent years, institutions including universities have also removed sculptures and artwork that mark the Tiananmen massacre, amid a harsh national security law that Beijing imposed on the city in June 2020 after months of anti-government protests rattled Hong Kong in 2019.

Authorities have been using the law to crack down on dissent, with over 150 people arrested on suspicion of offences that include subversion, secession, terrorism and foreign collusion to intervene in the city's affairs.

In December 2021, a sculpture called ``Pillar of Shame,`` which depicts torn and twisted bodies symbolizing the lives lost during the massacre, was taken down at the University of Hong Kong, with officials saying that no approval had been obtained to display the sculpture there.

A day later, two other universities in the city removed monuments related to the commemoration of the Tiananmen massacre, citing similar reasons as well as legal issues.

Last week, Jens Galschiot, the artist who created ``Pillar of Shame,'' unveiled a full-scale replica of the 8-meter- (26 foot) tall sculpture at the University of Oslo in Norway. (AP)