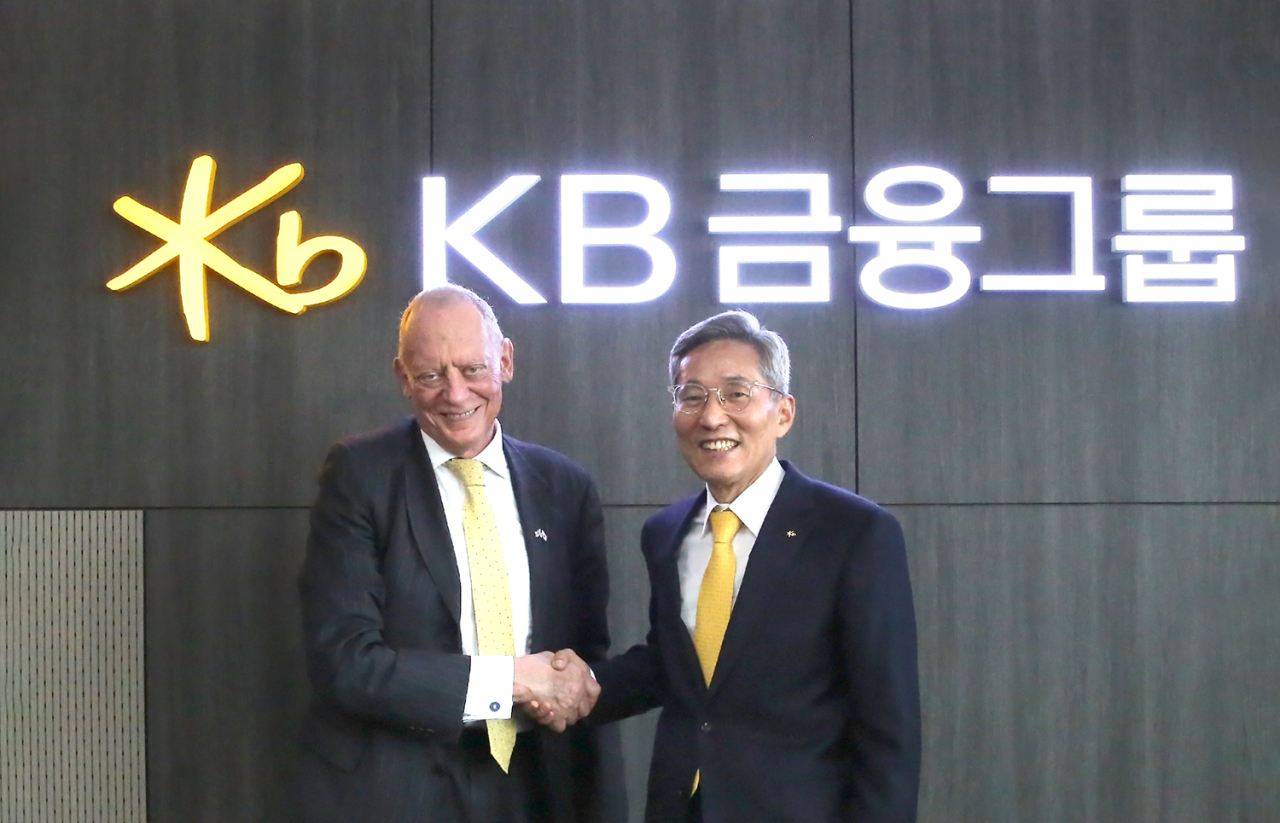 In the meeting held Friday, Grimstone called for KB’s active cooperation with UK businesses in investment of renewable energy, according to the firm. He noted the growing importance of renewable energy in achieving the joint goal to become carbon neutral.

Echoing Grimstone, Yoon expressed his anticipation for both old and new partnerships with the UK, which has been “leading the renewable energy industry” in the global market. The role of finance has become as important as the role of technology in developing renewable energy to overcome climate change, the KB chief added.

KB is currently pursuing its own net-zero goals with a strategy called “KB Net Zero S.T.A.R.,” focusing on reducing its portfolio’s carbon emissions by 33.3 percent by 2030 compared to 2019 levels, 61 percent by 2040, and ultimately achieving neutrality by 2050. It plans to give advantageous lines of credit and interest rates for corporates that can prove their carbon offsetting plans.