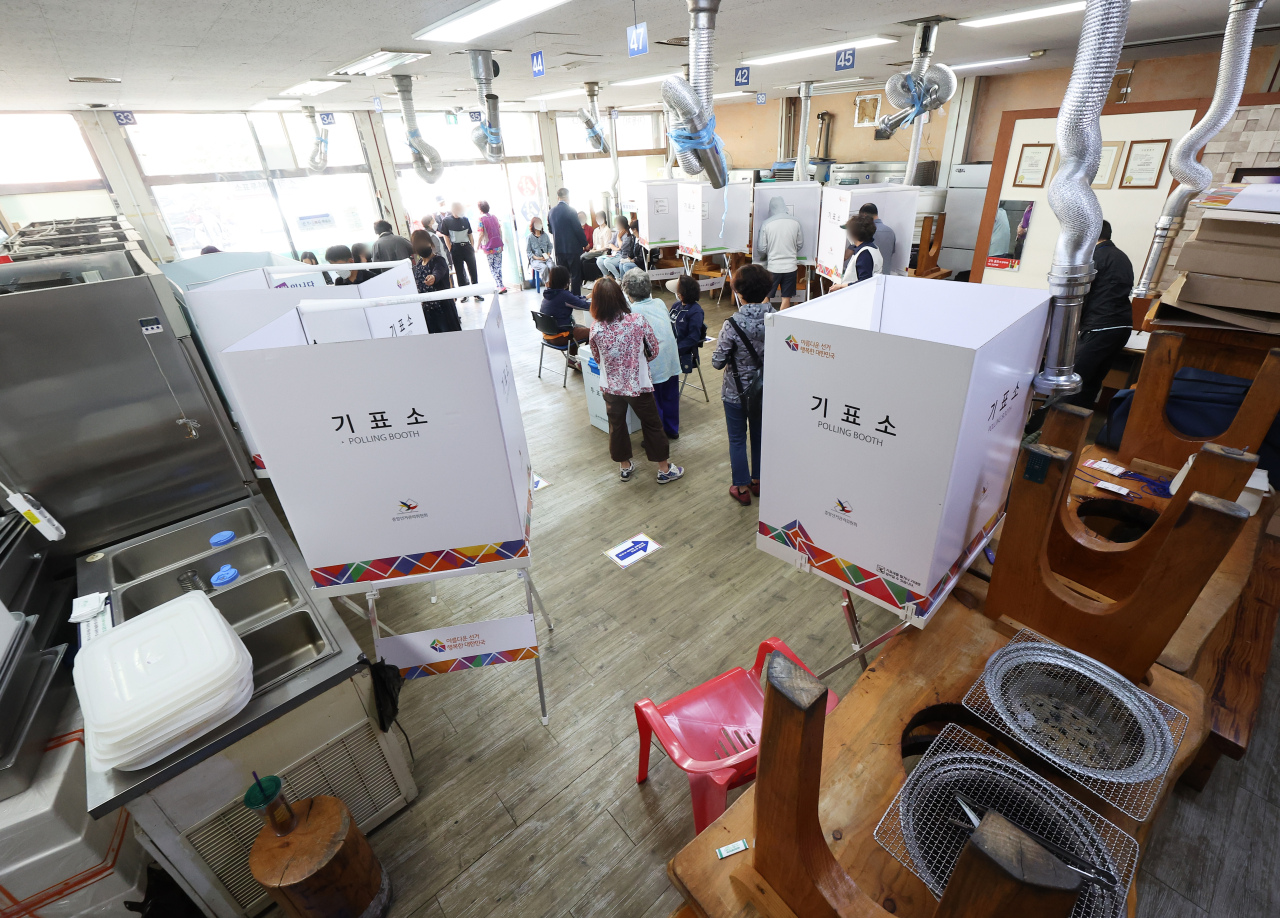 (Yonhap)
The winners of Wednesday’s local elections will likely emerge around midnight, some four hours after the polls close, according to the National Election Commission.

The vote count begins at around 8 p.m. after ballot boxes are moved to the local election commissions’ ballot counting stations across the country.

One hour later, the vote count is expected to start being revealed to the public in real time.

Early signs of the outcome of the elections for the heads of the 17 metropolitan and provincial governments as well as members of the National Assembly are expected to be revealed as early as midnight. But in regions where the race is close, result announcements may be delayed for a few more hours.

Given the differences in staff numbers between polling stations, the time at which results become apparent will vary regionally, the election body said.

Voting for ordinary voters will last until 6 p.m. on Wednesday at over 14,000 polling stations across the country.

COVID-19 positive people and those currently in quarantine will then cast their ballots from 6:30-7:30 p.m.

Some 108,000 poll workers will be working throughout election night. During the previous local elections in 2018, the vote count took an average of 9 hours and 23 minutes.