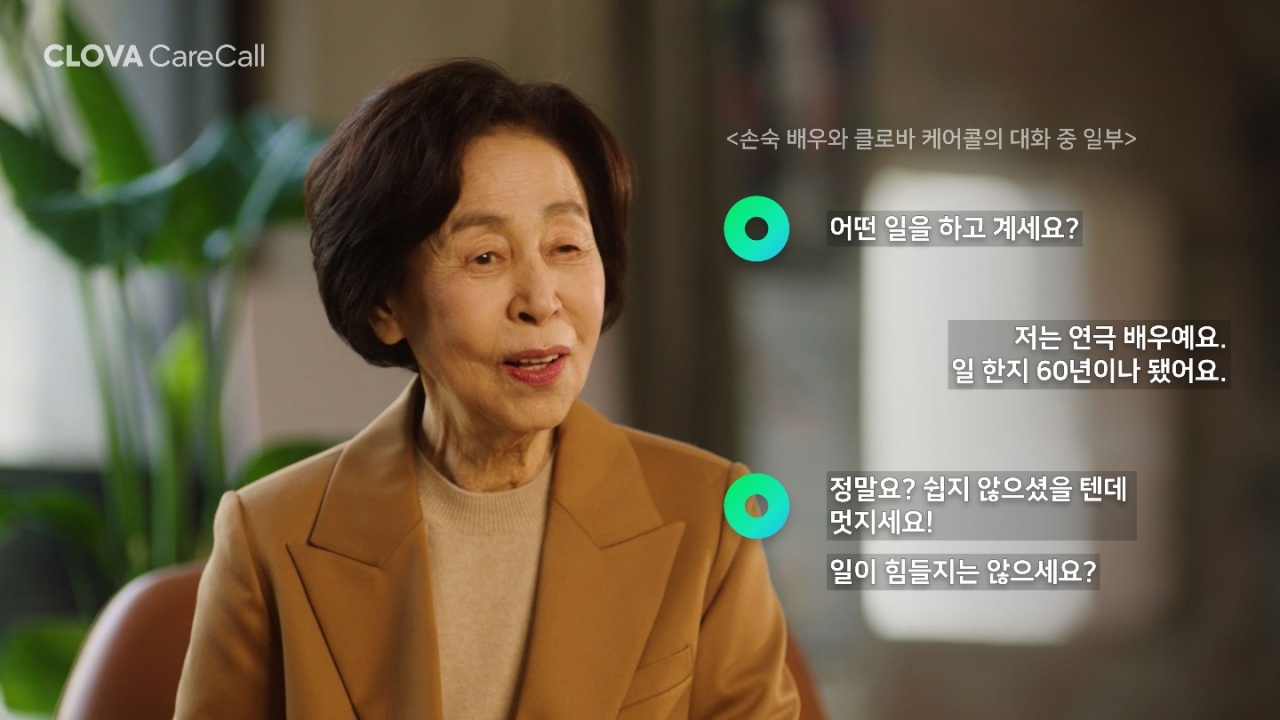 The service, Clova AI Contact Center Solution, is operated by the company’s AI technology Hyperclova, which calls and checks up on users about their eating habits, sleeping patterns and potential health problems.

The AI has adopted high-quality voice synthesis and voice recognition engines to allow for seamless conversation with users, as if they are talking to a friend, Naver said. The service provides both physical and mental health care, it added.

According to a survey conducted by Haeundae-gu, some 90 percent of senior users answered they felt consolation after participating in the Clova Care Call beta service. Ninety-five percent said they would like to keep using the service.

Since the beta version, the system for local government officials to quickly check on health problems or other inconveniences respondents have mentioned has been upgraded. Also, if a user does not answer the call two weeks in a row, the AI automatically triggers a red flag so that authorities can pay a visit to the home or send police officers to check.

In the third quarter, Naver plans to further upgrade the AI, allowing it to extract and remember key information, and to use the information in future conversations. For instance, it can ask a series of questions like “How is your back pain?” or “Have you seen a doctor?” based on the last chat with a user who complained of backaches.

“We have seen that local governments are in need of an AI care call service to effectively care for fast-growing single seniors. Joining hands with the authorities, the company will expand the service nationwide,” said Naver Clova CEO Chung Suk-geun in a statement. Currently there are 226 local governments in the country.

Naver is scheduled to present the case study for Clova Care Call at next month’s International Association of Gerontology and Geriatrics 2022 conference.