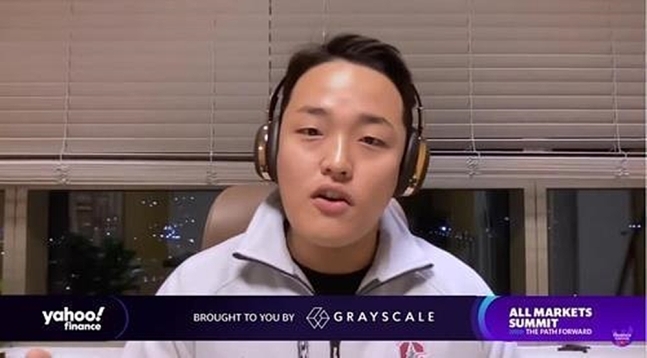 Despite recent court documents showing the blockchain company’s decision to officially shut down its Korean branch through a shareholders meeting held April 30, its business had become inactive since late last year, according to local reports, citing an unnamed industry source.

The report fueled speculations that Terraform Labs CEO Do Kwon closed the branch to avoid paying taxes he owes to the Korean government, worth a reported total of 100 billion won ($80.1 million). Earlier this month, local news reports claimed that the National Tax Service -- the Korean equivalent of the US’ Internal Revenue Service -- imposed a fine worth some 50 billion won on Kwon and others at Terraform Labs after running an investigation on allegations of tax evasion in June last year.

Kwon refuted the claims through a tweet on May 21, saying that the “Korean (government) needed money to shore up COVID spending, creatively charged millions from crypto companies, and we paid our share in full.”

Local reports also said that a separate unnamed source, who was a ranking official at Terraform Labs, denied allegations that the troubled coins were a Ponzi scheme. The source explained that the high 20 percent interest rate of the coins were “not to be permanent,” meaning that it was meant to attract early investors, and that their Anchor Protocol and source code was mostly transparent.

The news comes as prosecutors here are ramping up crackdowns in light of terraUSD and luna’s price crash. The crash resulted in almost $38 billion getting wiped out from some 280,000 Korean investors’ balance sheets in the first week of the fall. The total damage here is yet unknown.

The top five exchanges here -- Bithumb, Upbit, Korbit, Gopax and Coinone -- have all recently delisted the troubled coins and refused to add terra 2.0 and luna2, the revamped versions of the coins launched by Kwon last week.

So far, 81 South Korean investors who invested in the two troubled Terraform Labs coins have sued Kwon and the firm’s co-founder Daniel Shin, with damages amounting to a combined 8.1 billion won, official documents show. The complaints have been filed with the Seoul Southern District Prosecutors Office for alleged fraud.