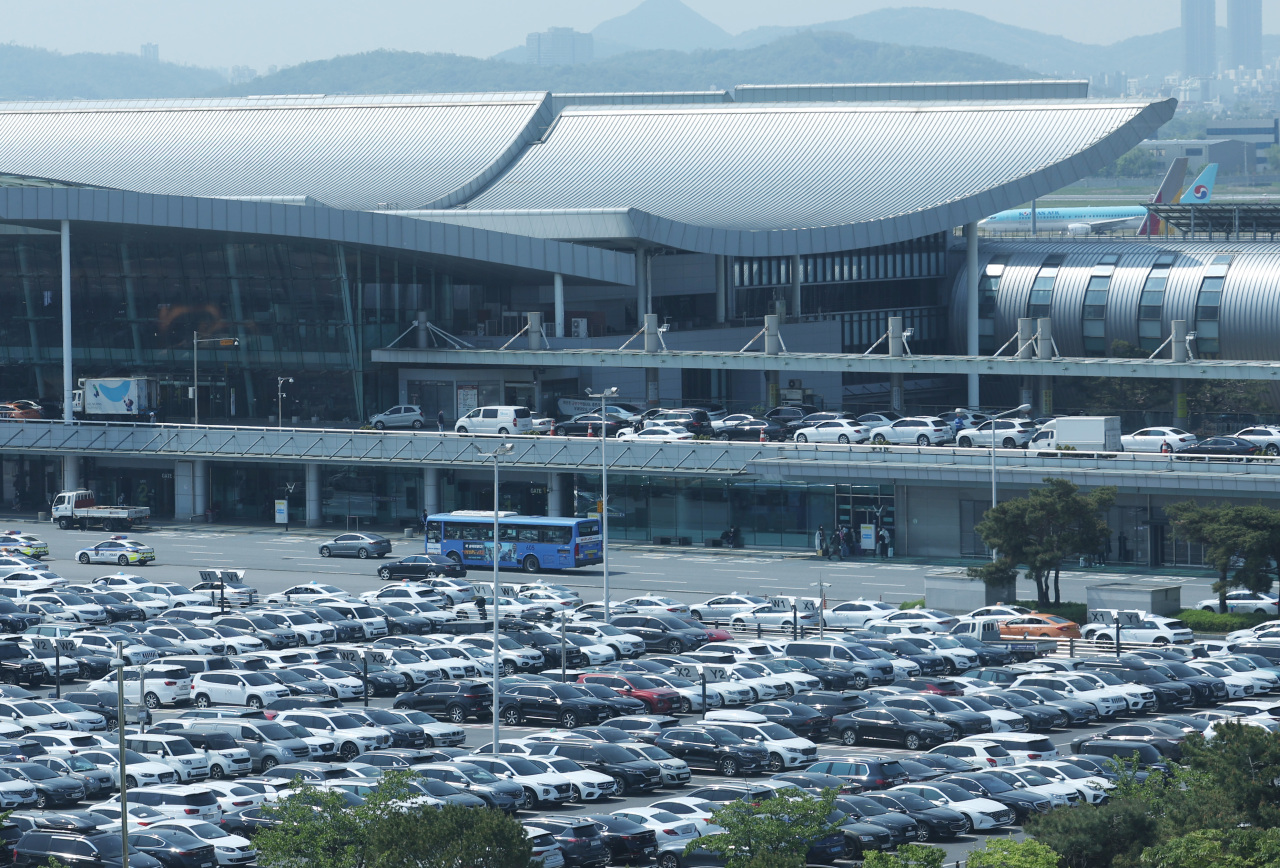 Major figures within the main opposition Democratic Party of Korea have vowed to work toward closing the airport and lifting regulatory restrictions from its surrounding area.

Lee Jae-myung, the Democratic Party candidate in a parliamentary by-election for the Gyeyang-gu constituency in Incheon, pledged Friday that he will bring more than 200,000 new housing units and host a new high-speed railway network in the area occupied by Gimpo International Airport if it successfully shuts down.

Korea’s main gateway Incheon Airport and other regional airports near Seoul would absorb Gimpo Airport’s workload for the time being, he said, also helping the country to achieve balanced regional growth.

The move would help compensate residents of Gyeyang-gu and other regions that have faced restrictions to developments due to altitude limits for being near the airport, Lee argued.

Lee announced the plan jointly with Seoul mayoral candidate Song Young-gil, who said the plan would kick-start new development projects and revitalize other airports near Seoul. Song said people would be prompted to use relatively lesser-used airports if Gimpo is closed.

The proposal’s reception has not been positive, however, with a cacophony of dissent apparent even within the Democratic Party.

Rep. Yun Ho-jung, chair of the emergency steering committee for the Democratic Party, told reporters Friday that the pledge is not reflective of the party’s official stance. Yun said the measure must be considered and assessed based upon how much support the party and the plan gain in the local elections.

Members of the Democratic Party based on Jeju Island showed clear objections to Lee and Song’s plan, as the closure could negatively impact the domestic tourism industry to the southern island and negatively affect its economy,

“Candidate Song suggested this pledge about Gimpo International Airport during the presidential election, but the party decided not to include it as an official campaign pledge as the plan turned out inappropriate during the discussion stage,” said Oh Young-hun, the Democratic Party candidate in the Jeju Province gubernatorial election.

“I understand that the Lee Jae-myung and Song Young-gil camps can announce it as a pledge for their constituencies, but if they want this to be considered as an official goal for the party, it needs to undergo official procedures.”

The ruling People Power Party denounced Lee and Song for the plan, labeling it ill-prepared and demonstrating negligence of its impact on other regional development projects, including two airport construction projects under preparation.

Without Gimpo Airport, Gadeok Airport in Busan and a second airport planned for Jeju Island could lose their competitiveness after they are constructed, the party said in a press release Friday. It criticized the Democratic Party for sacrificing Jeju Island and its voters to win votes in Incheon and help Lee win the lawmaker seat.

Lee was widely seen to have announced the plan to secure votes for the parliamentary by-election for the constituency in Incheon, as he was seen in opinion surveys to be in a tight race against his rival Yoon Hyeong-seon of the People Power Party.

As the Democratic Party already shows a safe lead in Jeju Island in opinion surveys, Lee and Song are seen to have risked losing some votes there to gain an edge in the Greater Capital region, where the Democratic Party has suffered a loss in votes since the presidential election in March.

“This is a promise filled with arrogance, based on the belief that (the Democratic Party) can win Jeju Island, even after making a pledge that can break it apart,” People Power Party Chairman Lee Jun-seok said Saturday.

Lee Jun-seok and the People Power Party said the local airline business and tourism sector would face immense difficulties if Gimpo Airport were shuttered, as 51 percent of domestic travelers move between Gimpo and Jeju Island.

Closing the airport would directly result in a loss of tourists visiting Jeju Island, the People Power Party added, as people would not be inclined to travel further to other airports if Gimpo Airport is gone. Jeju Island as a whole would lose its competitiveness as a tourist destination, Lee said.

The conservative party is using the momentum as a chance to boost ratings for its representatives in local elections. The party gathered major candidates running in local elections for a press event Monday to vocally denounce Lee Jae-myung and the Democratic Party for the “unrealistic” pledge.

“Gimpo International Airport is the base airport for the domestic air traffic of South Korea, and it is the closest airport for up to 26 million residents living in the Greater Capital region,” Kim Eun-hye, the People Power Party’s candidate in the Gyeonggi Province gubernatorial election, said during the event.

“Seoul mayor candidate Song Young-gil said people in Gangnam can use Cheongju Airport, and those in the east can use Wonju Airport. Then which airport should Gyeonggi Province residents use?

“There must be plans on how they envision to revive the economy, but everything was engulfed under this issue on Gimpo International Airport,” Oh said.

“How vain and extravagant would this debate look to average citizens and the vulnerable population who work painstakingly every day?”